If advised to evacuate from this hurricane please do so.

posted on Sep, 6 2017 @ 03:24 PM
link
a reply to: khnum
That's like comparing Florida of today to when Andrew hit Homestead. Those are all wood framed houses. Today most homes in Florida such as mine are concrete with reinforcing rebar and have steel shutters. This is not our first cat5 and won't be our last. Also Florida is not susceptable to flooding like Houston or New Orleans. This is not my first rodeo more like my seventh. Bring it on were not scared!

posted on Sep, 6 2017 @ 03:53 PM
link
I just heard that the governor of Florida wants people in Miami to evacuate but the mayor of Miami is telling them not to evacuate.

I guess when the mayor leaves, everyone should go at that point.

originally posted by: Phage
a reply to: Azureblue

How's that depopulation agenda working out? Seems there's more 'n more of us. All the time.

Guess they're not so good at it. Is that good or bad?

An agenda item like that remains on the agenda and is implemented as when and were opportunities arise. I have these people are patient and simply take opportunities when they arise.

I believe it was Bill Gates who said something to the effect that when they've developed technology (vaccines) they will able to control fertility and prevent sickness etc, something along those lines. He was clearly indicating that infertility technology will be included in vaccines that are used to treat or prevent illness.

We don't know what is going on in parts of Africa and Latin America in terms of population control but we do know war is crude but still remains the most effective means of population control. I read recently that something like 5 million people have died in Iraq since the US invaded the place and now Syria has lost somewhere in the order of 2-3 million since the western powers, via their proxies, attacked it.

Whether it be intended or not, these figures show there is a definite population reduction effect, but of course there will always be those who deny their is a depopulation agenda anyway let alone, attached to war. Just because its denied does not make the claim true.

Cyclone Tracy was very underrated. While I did not go through it myself, several mates and family did.

Heh, look at this power pole. I've had the personal pleasure of crashing into one at 130km/h. Car 0 Pole 1. They are tough. 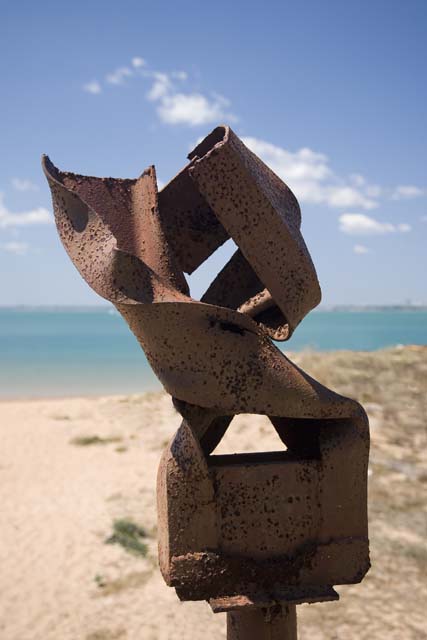 Everyone in Darwin thought the same, meh we'll be right. Never know, there could be some sneaky surprise, it is nature.

posted on Sep, 7 2017 @ 09:45 AM
link
My wife gets so annoyed at me when I go on my rants about this. There shouldn't be a single person in Southern Florida that needs someone to come risk their life during or right after the hurricane to save them. You had 5 days warning!!! Get the hell out!! If you are invalid or senior citizen or whatever the govt has resources to evacuate you. Use them. Don't be that dumb@#$$% person on their roof after the hurricane because you didn't listen to the mandatory evacuation order.