NYT refuses to use the term "President" Trump

originally posted by: Phage
a reply to: angeldoll

I call him Donny.
In polite conversation.


I don't even call him donny, even in polite conversation. The most polite terms I use are Chump, Stump, Hair Furor, Emperor Hiro-Cheetoh, Twitter Twat, Fat King Doh', and a few others.

I won't bother with the "unpolite" conversation. But needless to say, I never call him president, because he's not a president.

When he starts acting like a grown up real honest to Gu president, then I will start calling president. Until then, we do not have a president, just some mentally, verbally, and emotionally challenged fat degenerate with a fake tan stinking up the white house and being babysat by our generals to keep him from starting a freaking war.

So I will refer to him as such.


But needless to say, I never call him president, because he's not a president.


Denial doesn't help any situation.
He is, in fact, the president. For better (nope), or worse.

originally posted by: Phage
a reply to: Skadi_the_Evil_Elf


But needless to say, I never call him president, because he's not a president.


Denial doesn't help any situation.
He is, in fact, the president. For better (nope), or worse.


I'm denying nothing. People can call him president all they like. Until he starts acting like one, I will continue to operate under the assumption that nothing is currently occupying the oval office.

What's that big orange thing.
Not nothing, surely.

originally posted by: Phage
a reply to: Skadi_the_Evil_Elf

What's that big orange thing.
Not nothing, surely.


It's an escaped mental patient with dementia that someone left in the microwave too long, and some idiot intern in the white house accidentally let it in.

Fortuneatley, the system which allowed it to happen also limits the consequences.

originally posted by: LesMisanthrope
That's why we don't refer to the NYT as "news" or "journalism".

Is that why you don't read past the OP either?


originally posted by: 00018GE
here's the link to the story. A story about CNN faking news. Time after time they refer to him as "Mr." Trump NOT "President" Trump. Pot meet Kettle! wow!
How about a little respect.
www.nytimes.com...

He has to earn it first.

Huh. Figured that he did just that by actually becoming President. Odd standards you live by.


Do you respect bill clinton and obama?

Respect does not come with title, nor deed, nor wealth. It is either earned independent of these things, or not deserved at all, therefore not given. 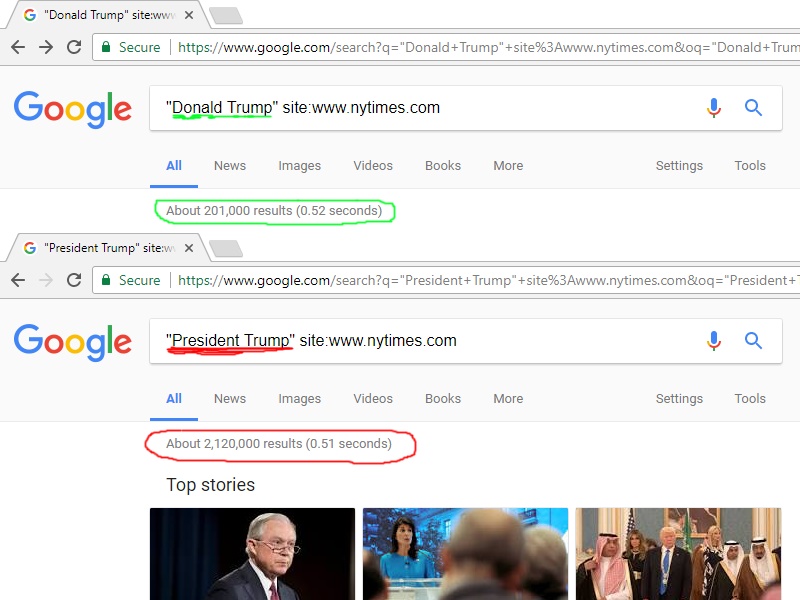 Watch out! Don't let reality rain on your parade of outrage, you guys!

He's not my president. I'm using the same tactic that the conservatives used on Obama. 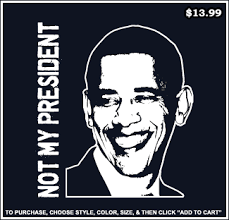 Ah, the progressive motto lol. "He did it, so I will too. Progress!!!"

posted on Sep, 6 2017 @ 10:34 AM
link
a reply to: 00018GE
So what? Why are you crying about how the NYT calls Trump? They have the freedom to call him whatever they want. You know the 1st Amendment and all? Also, why should the media show Trump any respect whatsoever? He has never leveled the same courtesy to them. He doesn't deserve it. Respect is earned.

ETA: Rereading the article shows you failed at reading comprehension anyways and just got triggered over nothing. Lol footinmouth syndrome.
edit on 6-9-2017 by Krazysh0t because: (no reason given)

It's probably already been noted, but "Mr." is an appropriate way to address the president.

posted on Sep, 6 2017 @ 12:43 PM
link
So several people have pointed out that the article did call DT the President.
Is this a blatant case of confirmation bias where facts are ignored and people are seeing only what they want to see?

Did I miss the memo where ATS changed its slogan to PROMOTE IGNORANCE?

I prefer to remain neutral when it comes to the current cluster F. Of partisan politics that goes on here on a daily basis but both sides need to get their FACTS straight before posting if they want any credibility.

So you should thankful for small mercies.

Anyway, if you're a Trump fan you must think NYT is "failing". So whatcha worried about?

Edit: And, as noted, the NYT calls him President Trump most of the time.

The Mr. Trump was actually used in relation to what sources in the White House were saying. So it's how they referred to him. Not the NYT.

In other words, complain to the White House.
edit on 6-9-2017 by Moresby because: (no reason given)

originally posted by: 00018GE
here's the link to the story. A story about CNN faking news. Time after time they refer to him as "Mr." Trump NOT "President" Trump. Pot meet Kettle! wow!
How about a little respect.
www.nytimes.com...

Huge Trump supporter here... I couldn't care less if they called him Trump, Mr. Trump, President Trump or whatever. I never called obama "President Obama" either. I don't think it's a big deal either way.