posted on Sep, 5 2017 @ 09:45 PM
link
Hello all,
I was sitting here watching the frothing mouths of both the Democratic and Republican parties attacking each other, and it got me thinking about President Donald Trump. This is a man that had a very slim to no chance (based upon polling) to beat every party candidate to be elected President of the United States.

Now, lets put aside the party politics between us all for a few minutes (one post at least) and hear me out. I have imagined a possible 2020 election that may not go as some might think again. I think we can all agree on the following regarding President Trump:

Given all of these traits, imagine if you will how he would fare if he decided to transition from the Republican Party to the Democratic Party for the 2020 election. Hold on.....hold on....hear me out.

He would likely still have the same voting base since those people would love to sabotage the Democratic party and their chances of having another shot at the presidency.

He would not be welcome at all in the Democratic Party (publicly) but might garner support from the party if he can guarantee a victory for the party by convincing a vast voting base to crossover.

If he took the Democratic nomination, he could give the Democrats a victory and simultaneously give the Republican Party a death blow.

Regardless, it would make for one interesting show and one historic election cycle.

But then, perhaps I need some sleep and am hallucinating right now.

The democrats have said that trump is all that is evil.
So if they accepted him into their flock, they would be admitting they are evil.
Sounds like another nail in the democrats coffin.

posted on Sep, 5 2017 @ 09:52 PM
link
One asset is his use of tweets. He says what he means and no news agency can doctor it up and present it out of context. I don't think the Swamp likes that

He should ditch the parties all together and start a new independent movement. I mean, he's practically already an independent. He should also ditch all the politicians and hire new innovative minds and leaders.


But meh, that ain't gonna happen.

originally posted by: knowledgehunter0986
a reply to: Krakatoa

He should ditch the parties all together and start a new independent movement. I mean, he's practically already an independent. He should also ditch all the politicians and hire new innovative minds and leaders.


But meh, that ain't gonna happen.


He wouldn't have the votes in a 3rd party to pull it off I think. He would need the support (at least partial support) of one of the major parties as well. 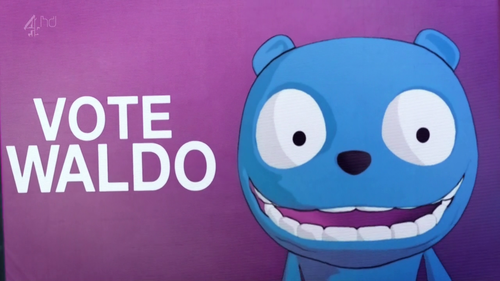 Hey you never know, he's still got over 3 years left on his term, assuming he stays in office, but it has been a pretty eventful and unpredictable presidency so far, unprecedented really. I mean, think about it.. he's only been in office for what, 10 months now? So much is already going on and I can only imagine how the next 3 years will be.

It will be interesting, to say the least.

The world hasn't recovered from the horror of the 2016 primaries and election...can you give us at least another two years breathing space?

I think if he ran democrat he would get crushed in the primaries. Look at bernie sanders.. And besides arent most primaries party locked so only democrats would get to vote..

Im not even sure he would run again honestly.

Hillary is already out of the news. I imagine all that corruption will be forgotten. I think many democrat voters will be much more likely to want to vote next cycle as well.

Just run somone who isn't a dip# this time.

He should run as an independent.

He really isn't philosophically a Republican or a Democrat. He is more or less in the middle which is ultimately what most people wanted (why he was elected).

originally posted by: Plotus
One asset is his use of tweets. He says what he means and no news agency can doctor it up and present it out of context. I don't think the Swamp likes that

He sure does.
It's just that his flock forgets what he tweeted more than twenty minutes ago.
By his own tweets for the past few years, the guy is a walking contradiction at best. A bounty for Obama's birth certificate? Remember that anyone?
Obama plays too much golf...okay, our orange overlord...you've played more in less time and charged the government for it since you used your own private club...at taxpayer expense.

The guy is unhinged.

posted on Sep, 5 2017 @ 11:40 PM
link
Besides, Biden has the lock on the nomination.
Delaware has two things, chickens and credit card banks.
Biden didn't have anything to do with the chickens part.

I do not know what to make of the notion that Trump and the DNC could join forces. The DNC are corrupt, so of course anything is possible, and they may decide to backstab their traditional base, in favour of success, although I would have thought it would be the end of them, and possibly the end of the United States if they did, since revolution would almost certainly be afoot if there was literally NO escape from the Tango Tyrant possible.

However, I must argue that in your suggesting that Trump has EVER been the underdog, regardless of his "success", you have erred massively. No one who starts his professional career with millions, plural, in loans from his father, can be considered an underdog by ANYONE!

posted on Sep, 6 2017 @ 09:41 AM
link
If he's smart he won't run in 2020 and avoid the embarrassment of losing. His vocal base is not enough to win over the pissed off electorate from both sides.

trump has pissed too many people off, and let too many down...He will not have the votes. He lost the popular vote already by millions, and that was when he had more supporters than he has now.