originally posted by: cyberjedi
Are the evolutionists on this board familiar with the fruit fly experiment?

"No Fruit Fly Evolution Even after 600 Generations''

Would this then mean, when applying your ideology, that some species evolve, and others do not?

Is there some rule that says something HAS to evolve after a certain amount of time?

I noticed you still haven't addressed the lungfish.

There is no such thing as an evolutionist. Just as there are no thermodynamicists, gravitattionalist, or SN1 ists. These are all Scientific theories, in that they have evidence to be postulated. Hence Scientists, is the correct phrase.

However are you aware of antibiotic resistance in Bacteria? That is evolution. Oh and don't do the "micro vs macro" false dichotomy. T

kinda sounds like this little ideal floating around the net 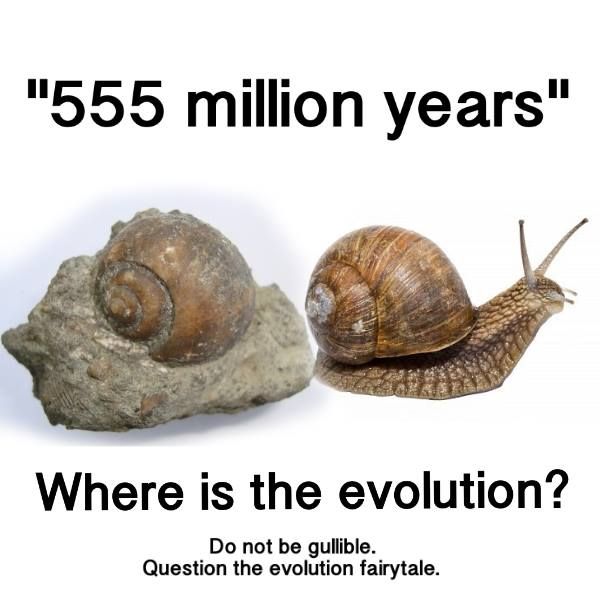 Yeah it does my friend If only these muppets would learn a little genetics. Perhaps understand what a molecular clock is, and see we can demonstrate the rate of evolution quite well.

I still say they are insulted by being related to the Apes. Well they are technically related to everything that uses DNA and RNA (viz life). But in reality, it is US insulting the apes by claiming kinship.

I will drop this here for them (I'd do a journal, but they likely don't have access and will pretend it does not exist).
www.popsci.com...

There is no such thing as an evolutionist. Just as there are no thermodynamicists, gravitattionalist, or SN1 ists. These are all Scientific theories, in that they have evidence to be postulated. Hence Scientists, is the correct phrase.

However are you aware of antibiotic resistance in Bacteria? That is evolution. Oh and don't do the "micro vs macro" false dichotomy. T


So you, being an evolutionist, would you say then that bacteria/species only evolve when properly stimulated? The fruit fly experiment is pretty clear. But maybe what applies to fruit flies doesnt apply to every other life form, so what life form did clearly evolve?

So there is selection taking place for sure, some genes get carried forth, and others dont. So within a genepool there are an x amount configurations. Without any new genes being added, there shouldnt be any extraneous amounts of changes taking place.

Evolution suggests that the ancestor of the whale is a hyena-like animal, so this means that within the original configuration, being the hyena-like animal, it had the ability with its current batch of genes to morph into a whale over the course of 60 million years.

Also the appearance of the modern human continues to stir up conversatiosn, as they seem to have just suddenly appeared somewhere around iraq, having agricultural knowledge at the ready.

I love that banana argument Ray has. He tells it with such confidence too which is 1000x funnier to watch it.

I wonder if his head would explode upon seeing a watermelon???

"What an evil piece of fruit!! It's too big for a hand and has no tab on it or anything!!! Damn you Satan/Science!! Obviously a Fruit created by Evolutionists!!" LOLOL

Just think if I handed him some Durian fruit... 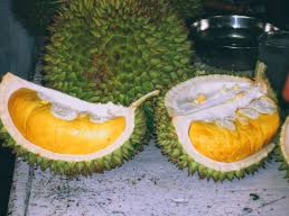 After he smelled it he would most likely start screaming "The Power of Christ Compels You!!"

As far as the OP, I just thought of old Ray's banana theory as I read his post...lol

Do you, being a religionist, have any evidence to counter evolution?

I've not seen a single compelling thing from you that even suggest IC is true. You can't even explain the lungfish lol.

And really? Monkeys into humans? If you're going to argue against evolution, at least learn some basics.
edit on 792017 by TerryDon79 because: (no reason given)

Well hold on, no religionist here.

In thought of the fruit fly experiment, i got to think of chicken farms. How many generations of chickens have been farmed one after the other, i'd say alot. Now i wonder if the current batch of chickens display any kind of difference in their physical construct in comparison to a chicken living 1000 years ago. Surely they get force-fed so they get huge real fast, but have they grown anything extra, anything that could lead us to believe that indeed a hyena-like animal could have evolved into a whale.

You obviously are a religionist. Just like Noinden is an evolutionist.

So I see you're skipping the lungfish, again.

Typical religionist. If they can't answer something, they pretend it wasn't asked.

Why dont we see any species of monkeys that are halfway into evolving into humans. Someway somehow one species (or multiple species) of monkeys got to evolve into humans at the same time, while leaving the other monkeys untouched. I'd say this alone would indicate intervention from an unknown source.

Because monkeys never evolved into humans. Only religionists use that as an argument against evolution.

Still failing to address the lungfish I see.

Your inquiry about the lungfish didn't go unnoticed, rest assured i will look into shortly.

And I bet you come back with "it's always been like that" because religionists who believe in IC can't go against their religion.

And for your religionist pleasure......

It's quite alright if you disagree with my statements, however, i do insist on proper etiquette so as to keep this a pleasant exchange.

That being said, i have seen your appeals to the lungfish, you state that the lungfish has multiple functions, and it could still function while losing one of its abilities, and so the lungfish is not irreducible complex, ditto for the woodpecker you say.
For a woodpecker to peck wood, all of its key components have to be present in its current configuration, if this were not the case, it could not succesfully peck wood. Now the woodpecker loses its ability to peck wood, could it do something besides pecking wood and be succesfull at it? I dont know, probably yes.

Could the woodpecker have obtained its unique configuration through evolution? Yes you say.

This means the woodpecker could only have started pecking wood the moment its configuration reached its present state, so in the time leading up to its present configuration, it would have been unable to peck wood, and would have to rely on other means for survival.
edit on 7-9-2017 by cyberjedi because: typo

A wood pecker is a bird. If you take its ability to not be a wood pecker away, it's still a bird.

But I knew you'd come back with it's me that's wrong. Typical religionist.

I think you should look up what IC is before you continue. Your lack of knowledge is showing.


I think this is prity spot on. I Guess if we humans lose the electrical nettwork and the internett... about 60% of the world poulation would die.

About 90% of the humans on Earth today would not know how to survive if we lost the powergridd and Our fossilefule, and would die within 7-10 weeks.


The odd thing is that we humans have been around for quite some time. So what has happened. Have we evolved and become a lot smarter and a lot stronger, or have we put Our selves in great danger?


I dont think we humans have evolved. We have become dumber. Because we would not know how to survive if we lost Our main energy Sources: electricity and fosilfuel.


I Guess there was a reason why Lord God had to plant a garden. He needed to teach us how to survive before he could release us into the Wild.


originally posted by: cyberjedi
Are the evolutionists on this board familiar with the fruit fly experiment?

"No Fruit Fly Evolution Even after 600 Generations''

Would this then mean, when applying your ideology, that some species evolve, and others do not?


Ken Scam, the owner and operator of ICR, is a fraud. I'm not going to analyze this ridiculous, fraudulent article - that has been done a thousand times.

Regarding the fruit fly experiments, if you had done some homework, you would know that:

1. The experiments as depicted by Ken Scam are misquoted, misinterpreted and rewritten to suit Mr. Scam's agenda.

2. There is a wealth of research easily accessed on the internet that describe how evolution works in various species, including the notorious fruit fly.

3. The link below is to a article on the subject. Note that there are a multitude of references which substantiate the various results.

4. Develop some curiosity - reading one stupid article which may support your view is hardly enough research and time investment to elucidate what evolution science is about.

5. If you want to discuss the science of evolution, you had better do your homework first - because there are many on this forum who understand and have studied the subject and will counter the lame points you might present.

"Fruit flies[edit]
One of the first of a new wave of experiments using this strategy was the laboratory "evolutionary radiation" of Drosophila melanogaster populations that Michael R. Rose started in February, 1980.[22] This system started with ten populations, five cultured at later ages, and five cultured at early ages. Since then more than 200 different populations have been created in this laboratory radiation, with selection targeting multiple characters. Some of these highly differentiated populations have also been selected "backward" or "in reverse," by returning experimental populations to their ancestral culture regime. Hundreds of people have worked with these populations over the better part of three decades. Much of this work is summarized in the papers collected in the book Methuselah Flies.[23]
The early experiments in flies were limited to studying phenotypes but the molecular mechanisms, i.e., changes in DNA that facilitated such changes, could not be identified. This changed with genomics technology.[24] Subsequently, Thomas Turner coined the term Evolve and Resequence (E&R) [8] and several studies used E&R approach with mixed success [25]
[26] One of the more interesting experimental evolution studies was conducted by Gabriel Haddad's group at UC San Diego, where Haddad and colleagues evolved flies to adapt to low oxygen environments, also known as hypoxia.[27] After 200 generations, they used E&R approach to identify genomic regions that were selected by natural selection in the hypoxia adapted flies.[28] More recent experiments are have started following up E&R predictions with RNAseq[29] and genetic crosses.[7] Such efforts in combining E&R with experimental validations should be powerful in identifying genes that regulate adaptation in flies."

Evolution experiments with microorganisms: the dynamics and genetic bases of adaptation

I'm a scientist neighbour. Evolutionist is not a thing. It is a theory in science, one can not pick and choose which you agree upon and do not. If you disagree, you must do so based on evidence, there is no evidence that disagrees with the theory of evolution. QED no such thing as an evolutionist .

When you understand science, genetics in particular. We can talk. But at this time, you are an ape with a bone, looking at an obelisk with funny symbols

When you learn what evolution says, we will talk. Till then, you bash that bone on the ground