posted on Sep, 5 2017 @ 01:25 PM
link
First off I rarely even post in these types of threads let alone start one but when I see headlines such as Zika virus "could" be used to treat aggressive brain cancer I have a few thoughts on the subject.

First off I believe we are heading for a Brain tumour epidemic, there have been reports of a massive increase in Brain cancer within young people and that trend "seems" to not only continue but is getting worse. Many put this down to the explosion in the amount of time users and in particular young people spend using phones and other devices.
www.telegraph.co.uk...

No doubt there are reports and papers to say otherwise but from what I have seen from the food industry and their paid for and sponsored studies I will go with what I have experienced with people around me as no doubt the same things are happening with the mobile providers to try and muddy the water with many conflicting reports.

I have long since thought that there where cancer cures or treatments that where surpressed as they did not fit in with the big Pharma agenda but what if the Zika Virus can cure Brain cancer or at least treat it so the sufferer can have a longer life?. Bare in mind that Rockefeller supposedly owns the patent to the Zika Virus that was patented in 1947, although I vaguely remember a statement from them saying they didn't??..

I have read a few claims that dismiss and also support their ownership but I have found ATCC selling Zika virus for Lab work and production of this product is listed as coming from J. Casals, Rockefeller Foundation..

Obviously I would need to look far deeper into this but I think it is something of note that people of the good ship ATS may be interested in.


Could the Rockefeller foundation with their Zika Virus be on the verge of coming to the rescue of what I believe will be a explosion in Brain Tumour cases??.. I cannot imagine that Zika as a Cancer cure would be a cheap option?.

A cure for any Cancer is very much welcomed but it is what is going on behind the scenes that concerns me, the timing of this could not be better for the Rockefeller foundation if they did have something that they could market in the coming years.

Obviously very heated subject and I do not wish to take anything away from people that are doing good work in the field, I am sure most people on here if they do not already know about this story then soon will.

Lets see how quickly Human trials start,
Harry Bulstrode at the University of Cambridge, whose team has also been investigating this approach, is considering a trial of unaltered Zika in the UK.

I wonder how interested they where in the South west African outbreak and the findings that Zika as a infection had a limited effect on grown adults as long as they where not pregnant, this does ask another question but I will leave that for another thread..

I originally wondered if the Zika virus was manufactured in a lab. Now I know for sure.

posted on Sep, 5 2017 @ 03:13 PM
link
Yeah but why would anyone want to take something high risk like the Zeka virus into their body?
Cannabis is 100% natural and is proven to kill cancer,personally I rather take the low risk natural method. As instances of cancer seems to be growing,then there should be a push for legalized Cannabis to fight it off.

That's probably why the prohibition was started in the first place. Too many people were surviving.

First off I believe we are heading for a Brain tumour epidemic, there have been reports of a massive increase in Brain cancer within young people and that trend "seems" to not only continue but is getting worse.

The somewhat dated article you linked does not say that there has been a "massive increase in brain cancer. The article is about a study which claimed an increased risk. Do you have another article which actually does show statistics which indicate a "massive increase?" 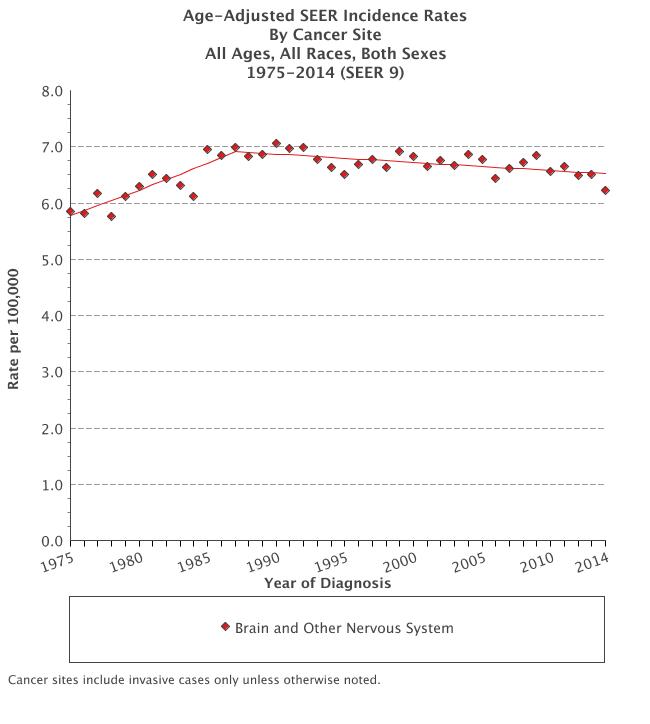 And no, there is no patent on the Zika virus.

The way things are, GMOs will completely corner that market and using cannibis as a cure won't happen. They wouldn't let it.

Yeah well it's legal in a few states wether "they" let it happen or not. I really doubt GMO weed will exist because it is much easier to keep bugs off of cannabis plants than most agricultural products.

On top of that I doubt anyone would want to buy GMO Cannabis intentionally. Which unless they could sell it for substantially less than standard Cannabis won't be tempting to buy over standard,nor be profitable on a large scale.

I doubt they would either but here it is happening. GMO conglomerates are cornering the weed market by patenting specifically altered strains. One day, theyll illegalize all non gov. strains.(my opinion).