Just heard the Reason for the NK war talk on CNN

Hey thanks for the support. Telling people the truth.

These people are so rich...

A US president’s main job is to aid and abet the major corporate powers to get all the deals they can get.

That’s why, for example, Saudi Arabia, the crown prince of terrorism, will always be an ally of the US and protected by them because they are consummate business partners

Its all about business, politics plays second fiddle

So the guy a few miles from you has an H-bomb and threatens to use it. What do you do?

So the guy a few miles from you has an H-bomb and threatens to use it. What do you do?


Well you dont force him to use it.

You respond in kind. Even though its strange to have such a conflict with one when there is no tangible reason for a conflict…eh?


However, of course in order to save the day and make people feel secure we’ll sell South Korea BILLIONS of dollars in weapons

Ha ha ha aha ha We should have known!

Well I just heard why. CNN slipped up and told the truth about Korea in a sentence by a newswoman…


South Korea is now ready and willing to purchase billions of dollars of weapons from the US!

If that has the slightest whispers of truth to it, I think a plan to take out North Korea would be very possible.


I agree, s'made, 'millions and millions of jooobs" in a big flash! The ol' Cap'n Beano has the pint..sorry point.
Of course, you could blame that on CNN being sneaky and labouring on that..maybe they will in due course, but I heard the initial news, and it was just a brief on what they had been told at that time. Sad, people just never learn when the breast is throbbing.
As an aside, it's only a couple of years ago that American intel et al, considered that the chances of NK having a H-bomb itself a bit of a joke.
and there's the other thing, the missile delivery..any silos? or mostly from..you have to say ultimately vulnerable vehicles, which is also the general consensus of delivery. It doesn't add up does it?
edit on 4-9-2017 by smurfy because: Text.

posted on Sep, 4 2017 @ 09:25 PM
link
Honestly, for all we know NK has been a crater since the 50's. I personally have never seen it so how do we know anything that's really going on over there

posted on Sep, 4 2017 @ 09:28 PM
link
Too bad we can't just sneak a chemical in there that puts everyone to sleep long enough to remove the bad apples without destroying anything or killing anyone.

posted on Sep, 4 2017 @ 09:59 PM
link
South Korea becoming a nuclear nation will bring BALANCE to its relationship with North Korea. South Korea has to be armed "quietly" though, or North Korea will Nuke South Korea the moment it finds out what's happening.

So now the US is going to sell nuclear weapons to North Korea. Sigh.....

I heard he's starting civil war with North and South dekota next to sell military hardware to the police. CNN told me so

South Korea is now ready and willing to purchase billions of dollars of weapons from the US!

So you are saying what.. that SK uses CNN to determine the level of threat that NK poses, and not their own intelligence agencies? Huh.. that's a weird thought! One would want to believe they could access the threat level themselves, and react accordingly. Who knew they relied on U.S. CNN stories to make their military budgeting decisions.

North korea is a major problem.

Yeah money can be made off the tensions but it still doesnt change the fact that north korea is threatening to nuke neighboring countries.

Attacks their neighbor to the south without provocation yearly.

Now north korea korea has had a breakthrough with the primary charge for a fusion bomb. Theyve been getting help from other countries with the delivery package. Thats a major problem.

North korea by their own doing is the cause of all the tension in the region.

Of course south korea and japan are going to want weapons to defend themselves as fast as possible in the light of a very pathologically unstable nation having nuclear weapons with the intent to use them.

Its not just for the sake of business.

Its got nothing to do with trump.

More so abput obama dropping the ball the last 8 years regarding the threat north korea is.

Cnn is clueless and has no inside MIC sources.

They are dead wrong about this and the Cnn anchor a talking out her ass idiot. 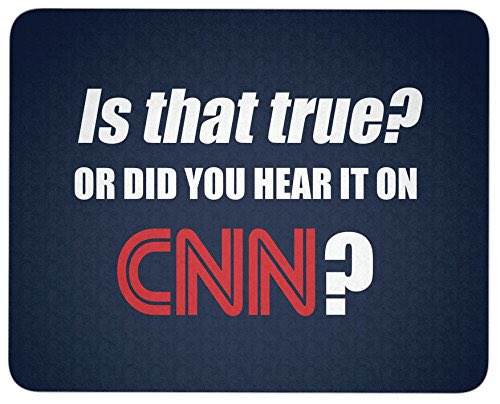 posted on Sep, 5 2017 @ 02:23 PM
link
It's always fun when people that don't understand these sales "break" stories like this. Yes, Trump announced he's going to approve billions in sales, but that's all that's happened.

First, South Korea has to figure out what equipment they want and need. So you're already looking at months, if not almost a year.

They then present that list to the State Department, who looks it over to make sure that there's nothing on it that violates US law by exporting. More months.

If the list is approved, State then goes to Congress, and presents the list to them to go over and approve. More months.

After the President signs approval, South Korea has permission to begin negotiating price and construction schedule with the manufacturer of whatever they're buying. That's generally a year, just for the negotiations.

The manufacturer then has to slot the new equipment into their production schedule, build it, and ship it to them.

Even if everything goes through at the fastest possible rate, and Korea were to order a new list of weapons tomorrow, they're looking at from 3-5 years to take delivery, if not longer.

A recent FMS order of F-15s for Qatar and F-18s for Kuwait took something like 4-5 years just to get approval for them to begin negotiating cost with Boeing.
edit on 9/5/2017 by Zaphod58 because: (no reason given)

originally posted by: CriticalStinker
Who absorbs it?

That would wreck their economy.