that "Eleven" poster is Jeff Beck, isnt it?.

Was such a fun movie.

Indeed, I actually saw a Spinal Tap album/picture disc..vinyl to be exact, at the record store the other day..very cool, I will probably pick it up.

Lets break it down, shall we? Heavy rock music, including Black Sabbaths War Pigs, for an example, often references war and suffering, as a caution against it. A couple of more modern examples, would be offerings from Rage Against the Machine (various tracks to be honest), Refuse/Resist by Sepultura, BYOB by System Of A Down, and have a decidedly anti-fascist tilt to them. Heavy music has influences from all over the globe, including Central and South America, the continental US, Britain, Europe, Russia, The Middle East, Thailand, Taiwan (NOT Chinese Taipei), as well as Australia and New Zealand. Its also caught on big time in Botswana, who have their first fledgling black metal outfit now (who are well worth a listen, if you can find them on YouTube. Seriously, look up Botswana metal. You may be surprised, but NOT disappointed).

But heavy music cannot be, to the exclusion of all else, married to fascistic tendencies. I have been a metal head for most of my life, and have nothing but anti-fascist leanings, very much so, much to the chagrin of some of the membership here. Anyone who ever tells you, that being against fascism means you have to make daisy chains, drive hybrid cars, and listen to Bob "Tone Deaf" Dylan, is a liar and a bastard.

posted on Sep, 5 2017 @ 04:08 AM
link
I liked it much better when everyone who listened to rock and metal was an evil satan worshiper who sacrifices babies on the weekends.
Oh well...

(lol) I couldn't help but chuckle at the title thread and post. Real funny times we live in.

With all the music videos posted and with that cute one added, you can say at least this thread rocks. (lol)

I breathe heavy metal, what are these wackjobs even talking about?

If you have 2 ears to listen to heavy metal, youre a nazi.

And nazis can be zombies...

my god. Rob zombie is the devil.


Hide your wife, hide your kids!


Man, everything is so clear now.

These pc pandas do nazi what they're doing to good music, trying to trash Metal? It will never go over with us thrashers! 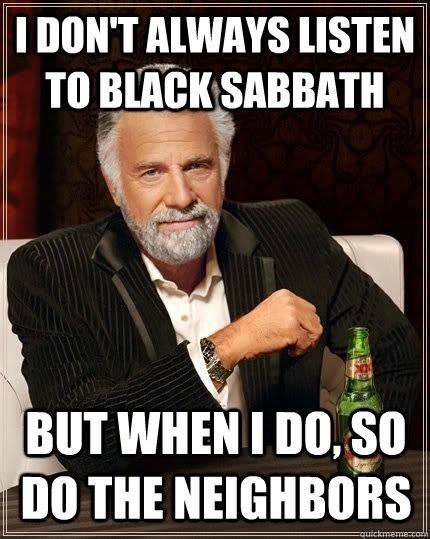 "You name it Sheriff, I'll throw rocks at it."

Its always a beautiful day...


I love that , raises the hair on the back my neck, one of my all time favourites.