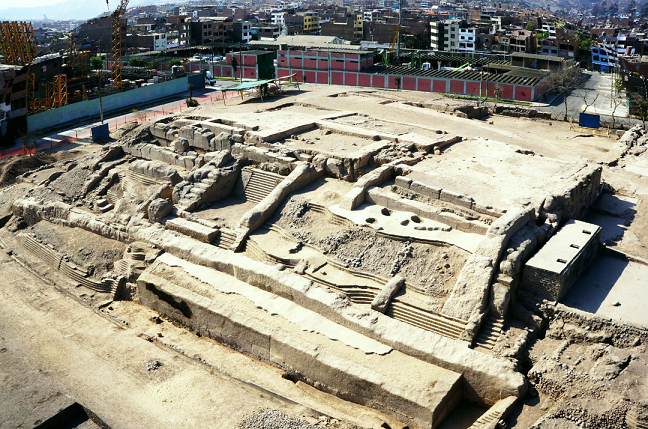 Ok, this is weird and must be a good reason why the 19th century Chinese immigrants decided to use this place for their dead ones. I know they are really serious about ancestry but we also know they like everything cheap. They probably were rejected from cemeteries by Catholics, as the article says, but why did they choose a pre-Incan site with a pyramid? 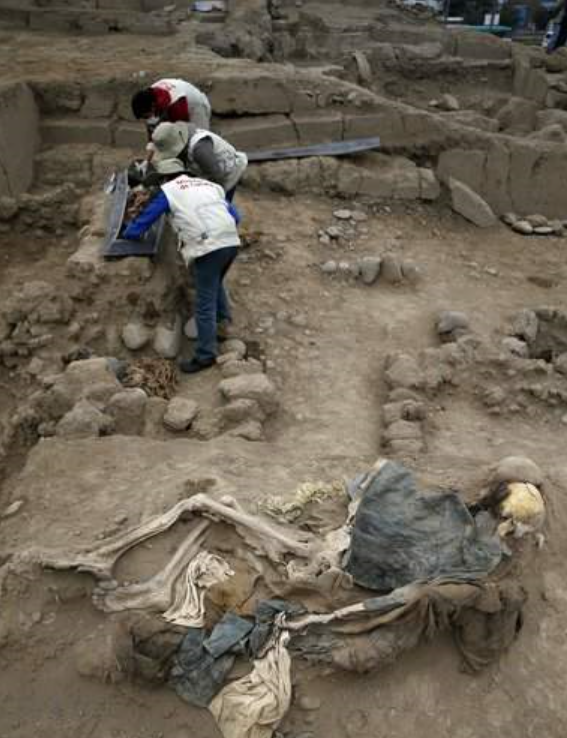 LIMA, Peru (AP) — Peruvian archeologists have discovered in a sacred pre-Incan site the bodies of 16 men from China who arrived to South America almost two centuries ago as semi-enslaved workers.
The secret tomb in Lima is the biggest burial site of Chinese migrants ever found in Peru and was presented Thursday to journalists. Found alongside the bony remains were opium pipes and other personal objects used by the migrants.
As many as 100,000 Chinese migrants arrived to Peru in the second half of the 19th century and for little pay performed back-breaking work on farms, building railroads and removing guano, which is bird excrement coveted as fertilizer.
The Chinese were discriminated against even in death, having to be buried in the pre-Incan sites after being barred from cemeteries reserved for Roman Catholics.

Interesting. This wouldn't be the first time Incan sites were repurposed. The Cañari people of Ecuador did it throughout history.

But I guess the bigger question is if these Chinese immigrants called Huaca Bellavista a home or was it merely a nice place to bury their dead?

You know, the creepiest thing about this is that the Ychsma Culture (Bellavista Site), practiced a lot of human sacrifices. Few years ago, in other site of the same culture :


the team unearthed a burial chamber filled with more than 80 mummies and a dozen curiously placed infant remains.

We should find out how these Chinese exactly died. I hope nothing Ychsma style, if you know what I mean...

Then I shall research the Ychsma!

But right off the bat, nothing about these Chinese burials suggests human sacrifice. These were all adult skeletons and were buried with personal effects like opium pipes.

I know they are really serious about ancestry but we also know they like everything cheap.

I'm curious, what did you mean by this comment, and who are you referring to... the buried corpses or the Chinese in general?

If it is the latter, what has that got to do with archeology?

I know they are really serious about ancestry but we also know they like everything cheap.

I'm curious, what did you mean by this comment, and who are you referring to... the buried corpses or the Chinese in general?

If it is the latter, what has that got to do with archeology?


We all know how important is this topic for Chinese Culture


Death must bring grief to us, but we have to face it, because it is the law of nature. China has formed a great and profound culture of death.

This site (Bellavista), had to be selected by them for a good reason. I know the area, my father actually bought a house close to that place (Santa Anita) and I walked many times around when I was a kid, hunting and fishing before all the current urban developments.
edit on 4-9-2017 by Trueman because: (no reason given)