page: 1
49
<<   2  3  4 >>
log in
join
share:
theantediluvian
+39 more
posted on Aug, 31 2017 @ 10:55 PM
link
Veritable bastion of journalistic integrity, Breitbart News, unencumbered by the pro-reality biases plaguing the "opposition media," has stunning reporting from the always-honest-not-at-all-attention-whoring Mike Cernovich, who didn't proclaim himself a part of the "alt-right" for more than a year — and it's a real CODE ORANGE.

Apparently, Donald J Trump, 45th President of the United States of America, has been overthrown in a coup. I know what you're thinking — if there had been a coup, wouldn't somebody less reputable than Breitbart be reporting it by now? Wouldn't the media be out in the streets, shooting their automatic staplers in the air? Running victory laps around the craters where history used to stand tall in its Confederate uniform before the "white genocide" that Cernovich warned us of? Dancing naked and tearing the Constitution into itty bitty pieces to use as kindling for their Antifa-cum-ISIS spirit cooking flag burning ritual of celebration? Visiting their nearest pizzerias for the 'Podesta special?'

But I'm here to testify dear friends. To tell you that I checked high and I checked low and only the tireless truth tellers at Breitbart, like so many "red pilled" Alt-Paul Reveres, are riding through the virtual streets of the real America, dropping truth bombs on real Americans.

As you'll soon learn — please maintain your alarm for as long as possible, I'm getting there — according to what Cernovich learned from people that he talked to, a treasonous triumvirate has taken total control over Trump (clearly emboldened by the recent eclipse). "Mad Dog" Mattis, H.R. "Pufnstuf" McMaster and Gen. John F. Kelly have effectively seized control of the executive branch of the federal government.

“Exactly, so I’d heard from people that Trump is on house arrest,” replied Mike Cernovich, “I thought ‘oh c’mon, the President of the United States, that’s the weirdest thing I’ve ever heard’, but I kept digging into it and I kept hearing the same thing over and over again and then, of course, John Bolton wrote his column for National Review and he’s begging people to retweet it, he said ‘this is the only way the President is gonna see it,’ and I’ll say Alex, I don’t really understand, how can Trump not see who he wants to see? This is something I don’t really fully comprehend within the White House. I have talked to a lot of people, it’s a very weird situation.”

The President isn't taking calls from Robert Mercer's 2nd favorite candidate ever? John Bolton? No Bannon? No Gorka? No Erik Prince of Mercenaries? No John Bolton? No way! It's AntiMAGAggedon! They musta gotten to him. Now we know what that crazy glowing orb thing really was! Just look! More proof! Apparently Trump had his cellphone taken away from him by Kelly and he's only allowed to talk to Maggie Haberman of the perpetually failing New York Times! As self-less hero, Mike "It's only rape if there's force" Cernovich, explains in his Medium gossip blog, Dispatches from Trumpland:

When sources confided in me weeks ago that General Kelly confiscated Trump’s cell phone, I hesitated to report it. How could that be true?

“Oh it’s true, but Kelly gave him his phone back,” a source told me yesterday, “but Kelly listens in most of the time. We call it the ‘party line,’” a reference to a 90s trend where multiple people would call into a phone line to chat.

“The White House press team calls Maggie when they want to know what Trump is thinking,” someone with direct knowledge of the communications joked, “because Trump talks to her every night.” Multiple people insist Trump has regular phone calls with Haberman.

“Oh it’s true,” someone close to Trump told me in frustration, “and none of us understand why he talks to her.”

Holy #boomchickawawa! But of course! He's clearly fallen under the spell of noted seductress, Maggie Haberman, who has used her feminine wiles to entrance the President. If only Bannon was there to leak all of this himself. Fear not, Steve Bannon is in training now, preparing to retake the White House:

The unanimous consensus about Bannon was that he didn’t realize, in the words of a long-time politico who has authored multiple NY Times best selling books on policy, “how dirty and mean this City is.”

For his part, Bannon is in great spirits, multiple people close to him have confirmed. “He was hated every day at the WH, now he’s around people who like him.”

“Steve has even started a green juice regime and hired a trainer,” a Breitbart staffer said of Bannon’s recent plans to rebalance his life.

Nice guy Steve won't be caught with his pants down again, no matter what Mooch says! And in another bright spot, it seems that President Trump has managed to make clandestine phone calls to Bannon when Kelly isn't around, according to the Washington ExaminerL

President Trump still has phone conversations with Steve Bannon behind White House chief of staff John Kelly's back, according to a report Thursday.

People familiar with the calls told The Washington Post that when Kelly isn't around, Trump uses his personal phone to talk to Bannon, his former chief strategist, and other business friends and outside advisers. 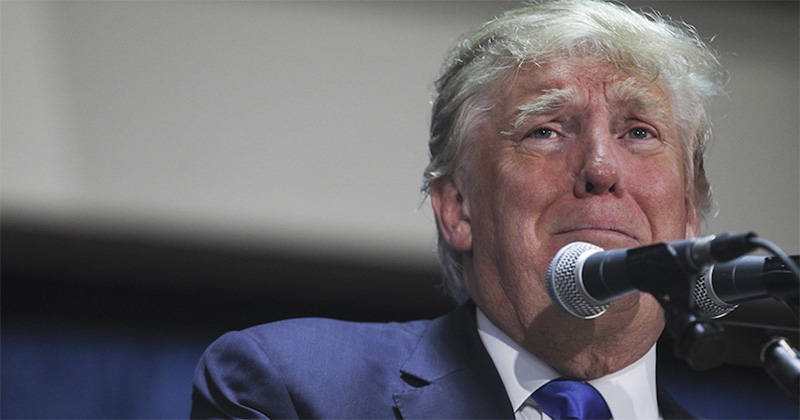 Hang in there sir, the #Resistance is only gearing up! We'll have you rescued from the White House soon!
edit on 2017-8-31 by theantediluvian because: (no reason given)

carewemust
+35 more
posted on Aug, 31 2017 @ 11:00 PM
link
Last I heard, the President and First Lady are going to Houston, Tx. and Lake Charles, La. on Saturday. Has that been called off, since Trump is under House Arrest?

Only from you sir.
But thank you for this.

Reading the whining, triggered threads about the 2016 humiliating defeat for the Infallible queen keeps a smile on my face..

Yalls petulant inability to accept the results makes me happy..

So thanks for being the sorest losers since al Gore tried to sue the state of Florida to disallow military votes...

Never change liberals...keep up the #Resistance...whatever that is...
I'm assuming it's a resistance to education and/or a resistance to accept reality...
A reality wherein democrats not only lost the electoral college but got hammered...

The silent majority has awoken and we are STILL Having fun at yalls triggered expense..

Anyhow, cry me a river at liberals.. 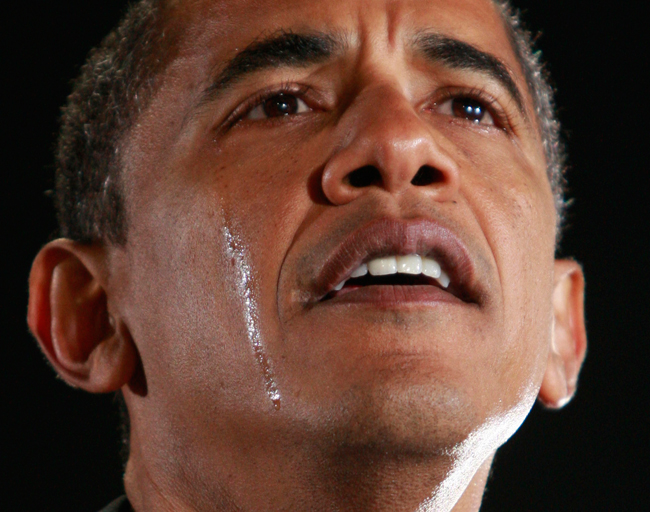 "And recently National Security Reporter Mike Cernovich published a 2-part series, “Dispatches From Trumpland” in which he warns that this progressive crew now has the President on “house arrest” a term clearly signaling that these leftist renegades are controlling President Trump’s inflow of information. Very dangerous for the true conservative movement and for the health of America overall."

This whole thing, to sum it up, is in response to the treasonous leftist moles who are slowly creeping and taking over the offices once again in the White House. There may be some merit to this.

Regardless, You're a bit unhinged Ante. This is what the typical libby wanted, right? Can't win an election, so you people resort to subversion, nice.


Since Bannon returned to Breitbart, I've started checking their website daily. Some good 'inside-baseball" articles are showing up. But you'll never see any of their "exclusives" re-published in the mainstream media, no matter how impactful.


Well, it's Breitbart, so it MUST be true! Good thing Bannon got out of that Dump of a White House so he can really start working for the people! Gorka got out just under the wire!

At this point, I think we may need to operate under the assumption that any appearances by "the President" are actually body doubles under the control of the generals.

At this point, I think we may need to operate under the assumption that any appearances by "the President" are actually body doubles under the control of the generals.

& I'll just leave this here for the Trump acolytes.


Mueller Enlists the IRS for His Trump-Russia Investigation

He may not be under "house arrest" but you can be damned sure there are sealed indictments with his name on them.

Whats that, Mueller & the NY AG are cooperating with their investigations.
No presidential pardons for state convictions.

Hmmm, who have the NY AG recently convicted?, oh that's right a bunch of Russian mobsters.

LOL
WTF is this?
House arrest????...Haaaaaaaaaa


Well, it's Breitbart, so it MUST be true! Good thing Bannon got out of that Dump of a White House so he can really start working for the people! Gorka got out just under the wire!


Both kicked to the curb by Kelly.

The silent majority has awoken and we are STILL Having fun at yalls triggers expense..

originally posted by: aethertek
As usual your wit & literary lilt are smile provoking.
Thank You

& I'll just leave this here for the Trump acolytes.


Mueller Enlists the IRS for His Trump-Russia Investigation

He may not be under "house arrest" but you can be damned sure there are sealed indictments with his name on them.

Whats that, Mueller & the NY AG are cooperating with their investigations.
No presidential pardons for state convictions.

Hmmm, who have the NY AG recently convicted?, oh that's right a bunch of Russian mobsters.

LOL..another "shiny object" to captivate the anti-America media, as we start the month of September! They're itching to put Texas/Louisiana misery on the back-burner...and this may be their "out".

Well to be fair, Donald Jr did say that Cernovich deserved a Pulitzer once:

“Congrats to @Cernovich for breaking the #SusanRice story,” Donald Trump Jr. wrote at 8:41 AM. “In a long gone time of unbiased journalism he'd win the Pulitzer, but not today!”

Reading the whining, triggered threads about the 2016 humiliating defeat for the Infallible queen keeps a smile on my face..


Sooo...Brietbart is now some sort of liberal With Her tabloid?

Deny Arrogance
+2 more
posted on Aug, 31 2017 @ 11:33 PM
link
Thanks for providing even more evidence that the retarded, insignificant "alt-right" is actually anti-Trump.

You and Cernovich make good allies. Like peas in a fake news pod.