After detectives searched for days at the North Seattle house where three brothers allegedly spent most of their lives abusing children, the investigation now turns to a 17-acre property in Shelton.

Detectives said they discovered a staggering amount of child pornography, along with children's worn clothing, underwear, small shoes, toys and movies. Investigators believe each of the men spent the majority of their lives sexually abusing children

This is happening only a few miles from my new home in the States. NOT something I wanted to hear about regardless here or there.

The thing is, there could be a ‘silver lining’ to this horrific story.

Could it be we might have finally found the killers of Lindsay Baum!

Though it would be a tragedy to find her remains? Perhaps closure would be a good thing after all this time. I’ve seen the picture of this girl almost every day in local stores, the PD, the Post Office. No one (here) has forgotten Lindsay. 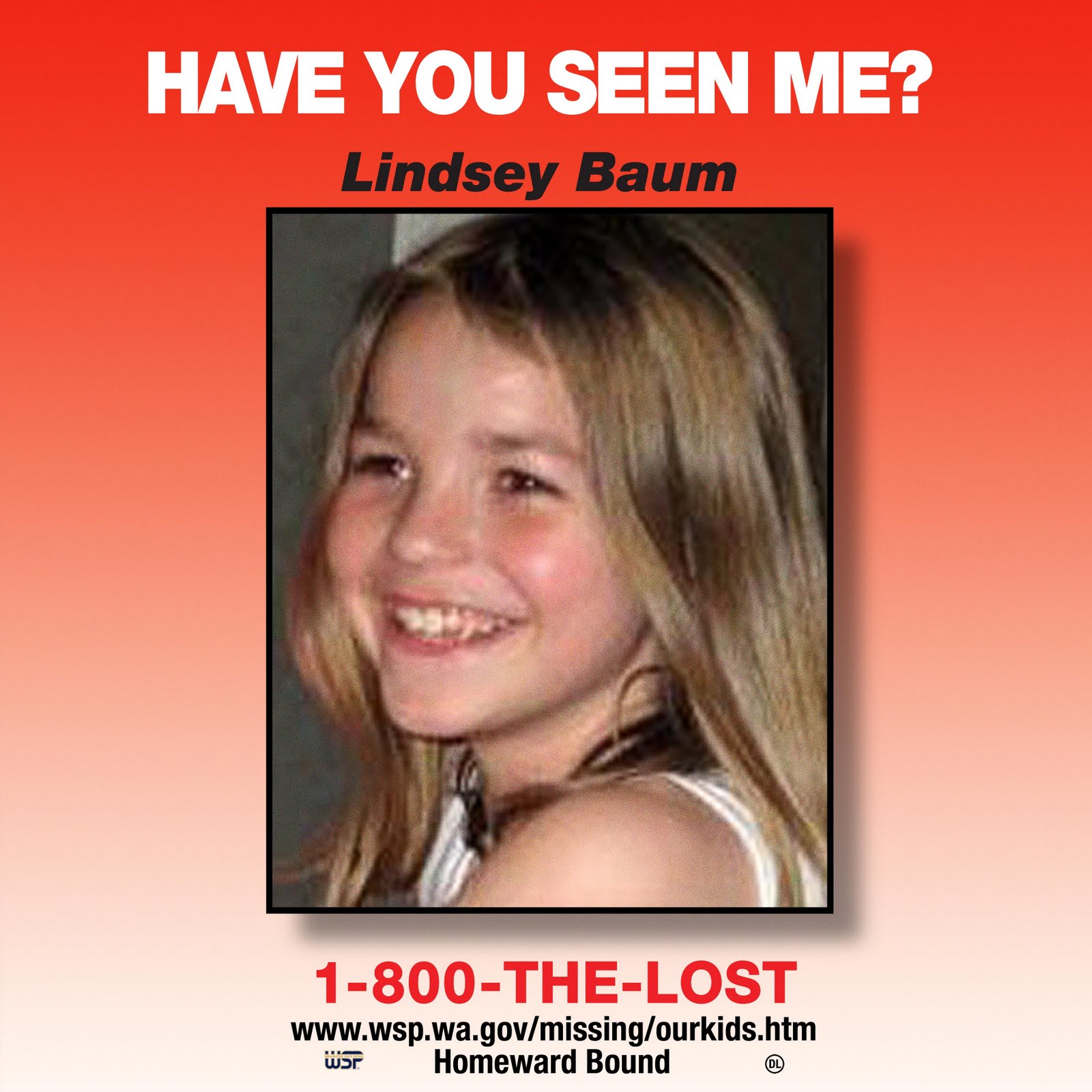 Scott and his detectives are also investigating whether the brothers have any connection to the 2009 disappearance of Lindsey Baum.

Baum disappeared from McCleary while walking back from a friend’s house. The 10-year-old’s disappearance sparked a nationwide investigation.

McCleary is a roughly 30-minute drive from Shelton.

“The Lindsey Baum case has been and will be a priority until we find closure, or find Lindsey safe. We’ve worked on the case every day in some shape or form,” Sheriff Rick Scott said.

There's going to be a lot of news breaking from this story - I can only hope and pray it isn't all bad.

I have pretty loose morals myself , but pedo is where I draw the line.

I just don't want them to go up for the crime just to put them and the Lindsey story to rest.

But they can hang either way.

I'll opt in to torture these folks. I try to be as good as possible but we are all a little evil.
edit on 25-8-2017 by Antipathy17 because: (no reason given)

My only questions are; How long has this been going on? How many lives have been ruined? How do we make these men pay?
edit on 25-8-2017 by markosity1973 because: (no reason given)

originally posted by: DAVID64
a reply to: markosity1973

That's the problem with covering this story - I don't want them to get any more 'air time' not one more second of it - at the same time I want to know what's up with the girls (boys) missing in the area, the ones that have been for years and years.

posted on Aug, 26 2017 @ 04:13 AM
link
This is the point where it's showing it's head(city/area is supposed to be heavily affected by child trafficking as are other big cities), but of course not caught soon enough. These sickos should have been on McNeil Island at the very least a long time ago(defunct now I heard).


Source
Very alarming, so some(not most) didn't give ground for further investigation even base on his history?
edit on 26-8-2017 by dreamingawake because: (no reason given)

originally posted by: DAVID64
a reply to: markosity1973

Feet first through a wood chipper and sell the remains to Alpo to be made into dog food. They will be converted to their true selves and spread out over the country in little piles.

Jeez, it sounds like the plot from an extreme horror story. Even the house in the photos looks like it has an evil shroud over it. You can almost feel malice emanating from it. These monsters seem to have practised satanic ritual abuse on top of everything else.

But it was an unearthed “manifesto” about Satanic rituals, kidnapping, raping and killing girls that led detectives to dig under sheds, searching for evidence of potential murder, detectives said. Charles’ writings were found buried and partially burned -- along with a child's hat.

Being caught in their 80s doesn't seem fair at all. The only upside in this awful story is the videos they have might be evidence to solve missing children cases.

That's where my mind was going... As horrific as it is (and it makes me sick to even look at the pics of them) I hope we get some answers on Lindsy and Tracy West, etc.

A Grays Harbor Sheriff told KIRO he’s investigating a possible connection between the three brothers and the 2009 disappearance of 10-year-old Lindsey Baum, who was last seen walking home from a friend’s house in McCleary.

"It's very clear that these three individuals have an obsession with young female children, they've had this obsession for most if not all of their lives, and they acted on it,” Capt. Mike Edwards, who leads the Seattle Police Department’s Internet Crimes Against Children (ICAC) task force, said.

Where do we draw the line when so many of these victims become perpetrators themselves?
It's an ugly vicious cycle.
Most abusers were in fact abused themselves.

Is there a long history of missing children in the area? These guys didn't just pick this up as a hobby after retirement. They've been at this for decades just based on their ages.

originally posted by: Sillyolme
a reply to: DAVID64

Where do we draw the line when so many of these victims become perpetrators themselves?
It's an ugly vicious cycle.
Most abusers were in fact abused themselves.

In order to break the cycle, we must eliminate the perpetrators.

I have zero sympathy for their back story if they are propagating a new generation of abusers themselves. Quite simply, evil begets evil.
edit on 26-8-2017 by markosity1973 because: (no reason given)

posted on Aug, 28 2017 @ 05:14 PM
link
The police have investigated/searched another piece of property owned by these brothers.

Scary part about that? There were a number of 'missing' posters in the house...of course along with the Child pornography photos and descriptive fantasies, etc.

I can find out.

But why for heaven's sake?

For three abusers to be found in such close proximity, not to mention in the same family, suggests that the root of their perversion is common to all of them, ergo, stemming from some sort of abuse they all would have gone through at the hands of someone else, probably a relative.

Of course, being able to theorise such a thing does not take away from the fact that these individuals may have been involved in the disappearance of young people over a significant period, and the fact that they have been consumers of "a staggering amount" of appalling material. The fewer consumers there are, the harder it is for the producers of such material to find them, the less money they make, and all of this stacks up (in the mind of a cold, heartless exploiter of young persons), to a reduced likelihood of a child being abused for the financial gain of the abuser.

The fact that these individuals are a known value now, means that it is more likely that anyone they hurt who survived, will now be empowered to come forward, which may prove instructive to investigators. Furthermore, taking into consideration the age of the brothers three, as well as the aforementioned staggering amount of prohibited material on their property (which, one assumes can be forensically linked to those individuals by way of fingerprints and so on, to establish clearly that the materials were... used by all three), it is likely that these individuals will be incarcerated for the remainder of their lives, assuming the legal system does not decide that running the way it is supposed to is boring, and instead crams a potato up its own tailpipe for the duration of proceedings against them. Assuming best possible outcome, these individuals will never see the outside of a prison facility again for as long as they live. This will at least mean, that for whatever time remains to them, they will be unable to directly threaten the life or the physical person of any more children.

However, one can only imagine that the task which falls to investigators can only become more grisly as time wears on. This case is likely to be very deeply disturbing to the officers and detectives involved in investigating it, and I think its important to pay some significant respect to the psychological risks that people investigating this type of crime, take by being prepared to look into it. I hope that the investigation team, and of course any living victims they identify, get or have access to proper assistance with any scars that this matter has left behind.