page: 1
28
<<   2 >>
log in
join
share:
Crumbles
+2 more
posted on Aug, 24 2017 @ 07:42 PM
link
I watch this show every now and then while I play on the computer. I noticed them talking about black eyed children so I started to pay attention. Well anyway they said a man named Bethel(spelling) started documenting his account on the internet. The first site to pop up when they were talking about this man was Abovetopsecret. Just thought that was kind interesting and thought I would share. 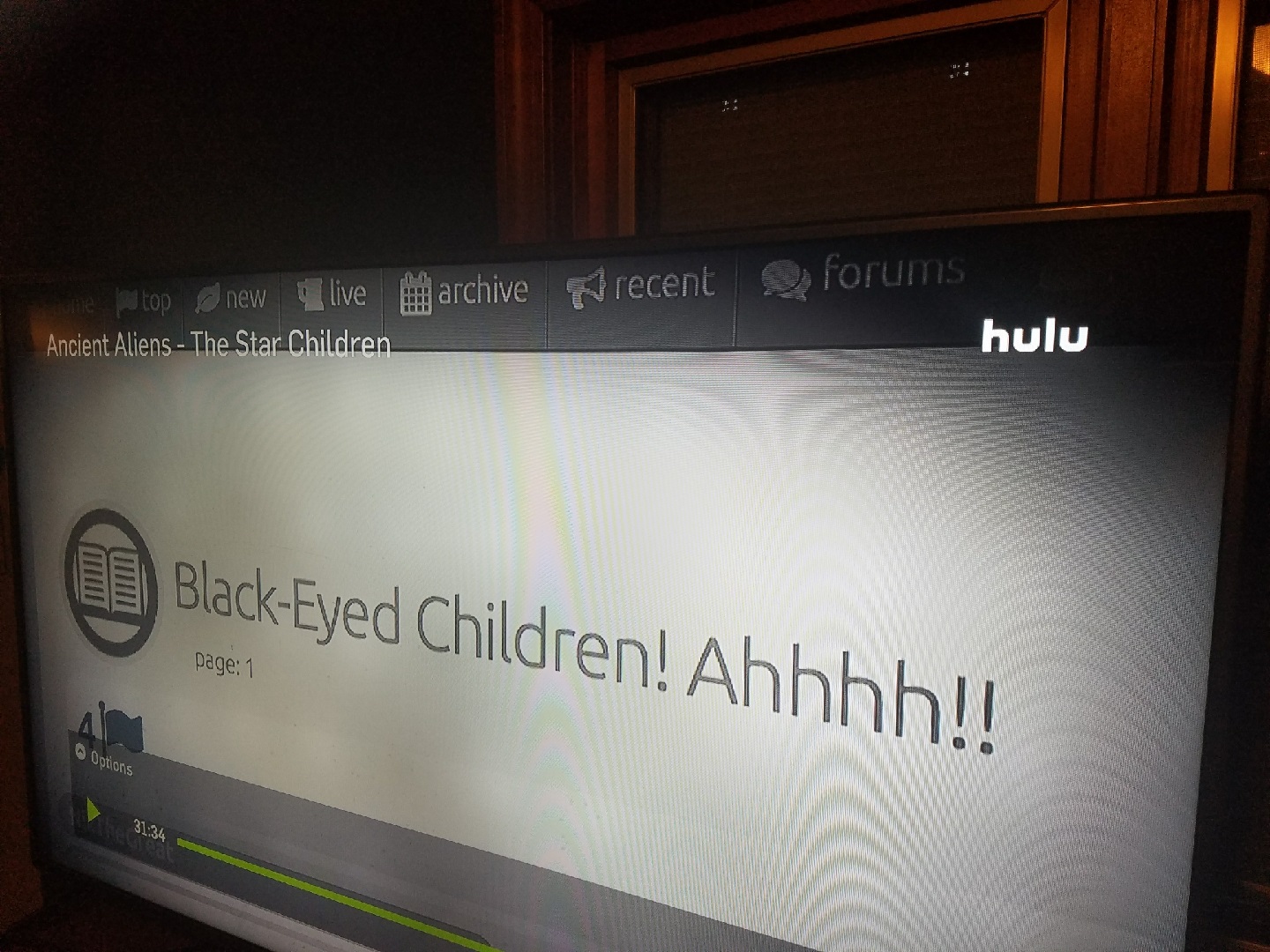 Just wait for the ATS not fake news network or ATSNFNN.

It is neat. It's also from the short stories forum.

So he played ancient aliens?

It just casts doubt as to the validity, if there was any.

Internet points for everyone ATS!

originally posted by: JinMI
a reply to: Crumbles

It just casts doubt as to the validity, if there was any.


I remember that thread, there have been lots of threads about 'black eyed people'.

posted on Aug, 24 2017 @ 08:27 PM
link
Would love to see it.
In what context was the short story used?
Do you know what series and episode it was?
I usually put Ancient Aliens on when im tired and spaced out from nightshift without fail I will fall asleep. The repeditive format is like listening to a calming drumb beat.

I saw that a while ago.

Like everything else on ATS, it has already been posted!! LOL!!

I just didn't feel like making a thread about it. Shared on the Baddogma's Other Meta Cafe thread.

BEKs freak me out!

posted on Aug, 25 2017 @ 05:38 AM
link
a reply to: Grik123
Now is the point where Augustus comes in and tells us "DBCowboy has made repeated involuntary appearances on Finding Bigfoot"

I live on the Washington coast. I haven't heard of a sighting out this way in a few years. But, then again I could have missed it.

posted on Aug, 25 2017 @ 07:03 AM
link
a reply to: Grik123
A good friend of mine named Roy is in the new Les Stroud movie. He plays Bigfoot.
My wife and I were going to be extras in a lecture scene at our University, but we had to cancel due to an appointment that I couldn't reschedule.

Oh, Tom Green is in it too.
It's called "Interview a Monster"

I haven't seen it yet.

originally posted by: intrptr
a reply to: Crumbles

Are you saying the BEK phenomena is contributing to racism by promoting the idea that "everything black sucks"?

originally posted by: JinMI
a reply to: Crumbles

It is neat. It's also from the short stories forum.

Yeah because the op put this at the end:


---Spoiler--- This is a fake story, I wrote this myself. The purpose of this is to illuminate that these stories may not all be real. I will always tell you when something is fake or a joke, but others will not.
I do believe BEK's can and maybe do exist, but do not use these eye witness accounts as facts; they may indeed be fictitious .
But other than that, I hope you enjoyed this creepy little story I wrote for you


Just because this flashed on the screen for a second doesn't mean this is the guy they were talking about "bethel". The producers were just trying to show that "stories about this really do exist all over the internet". Like stock footage.

Obviously they never bothered to notice how our forums work, Or the fact this disclaimer was posted by the author himself. (It could be that he put it in another forum originally, and then mods moved it to stories). So they either didn't read it all, or they liked the dramatic title so much (with the "Ahhhhh!) that they just used it anyway.