Confessions of a name calling SOB

Now, to be fair, I've been called a Nazi sympathizer, a Nazi, the "alt-right", a racist, a bigot, even been called a leftist and a loon.

Some may think this is some life-changing thread where I promise to change and not call people names anymore.

Not going to happen.


But at the very least, we can acknowledge that it is occurring, that no one is an innocent, that we are all, at some point, miserable name calling bastards.

Some times the name fits. In our culture as humans we give names to things we see. So I call it as I see it. Does it always make me a nice guy?

Hells to the no. (as the kids say)

Do I go to sleep a night fretting over the names I've been called?

Yes. It tears me up inside.

Kidding. I don't even think about it. And really, neither should anyone else.

I know that my descriptions of you all may be incorrect, certainly I know your descriptions of me are wildly inaccurate. You'd have a better chance of getting it right if you compared me to a backup dancer to Taylor Swift than the partisan sum-bitch you see on line.

But that's the only place any of you know me, so we can only do what we can do.

It's important to realize that while name calling goes on, there could be a variety of reasons behind it. Mostly it's because I can be a dick and want to jab someone in the virtual eye, but on occasion, it's to illustrate a point.

But there are moments where we can all take a breather, realize what we're doing an put it in some sort of context.

Time to get back to the bashing, you commie bastards!

I just call you all ATSers and there must be a better word.
Kinda sounds funny. 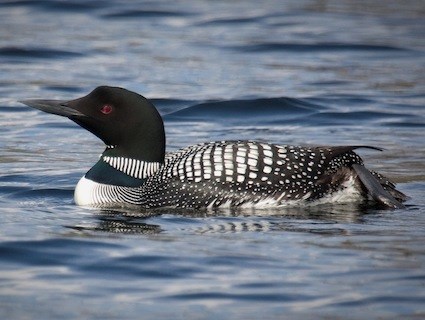 posted on Aug, 16 2017 @ 06:01 PM
link
I wish I had a quarter for every derogatory name that I have been called. The expletives used by my ex-wives alone, could fund a hostile takeover of both Google and Facebook... and I'd still have an a$$load of quarters in the bank.

Can I just ignore all the labels and choose to be an elephant?

See, I was gonna crack a bunch of jokes in good humor, DB, such as:

Mostly it's because I can be [am] a dick

There, fixed it for ya. (I'm joking, seriously)

Time to get back to the bashing, you commie bastards!

This is me being serious:

But when you say this:

People are not going to get nicer any time soon.

Why not? People should. Hell, everyone should strive to be nicer and diffuse conflict instead of fueling the divide.

But that likely won't happen, people have too much pride at stake, I guess. But what do I know...

Some may think this is some life-changing thread where I promise to change and not call people names anymore.

Not going to happen.

"Fifty Shades of DB: or, Confessions of a name calling SOB."

17“Do you not yet realize that whatever enters the mouth goes into the stomach and then is eliminated? 18But the things that come out of the mouth come from the heart, and these things defile a man. 19For out of the heart come evil thoughts, murder, adultery, sexual immorality, theft, false testimony, and slander.… Matthew 15


I couldn't find an appropriate B word to pair with D#, myself, lol.

I heard the DB stands for double barbecue.

originally posted by: Tulpa
a reply to: Liquesence

I heard the DB stands for double barbecue.


Not anymore, what with the diet.

Can I just ignore all the labels and choose to be an elephant?

No, because that's a microaggression towards overweight people, and you're a fitness instructor pffft.

posted on Aug, 16 2017 @ 06:19 PM
link
James 3:5b-8 “How great a forest is set ablaze by such a small fire! And the tongue is a fire, a world of unrighteousness. The tongue is set among our members, staining the whole body, setting on fire the entire course of life, and set on fire by hell.

For every kind of beast and bird, of reptile and sea creature, can be tamed and has been tamed by mankind, but no human being can tame the tongue. It is a restless evil, full of deadly poison. With it we bless our Lord and Father, and with it we curse people who are made in the likeness of God.”
Read more at www.patheos.com...