Turns out the seas around Prince Edward Island, one of Canada’s maritime provinces and oldest active settlements decided to share a little mystery with us that seems to have been buried for awhile. The tide went out and this showed up. 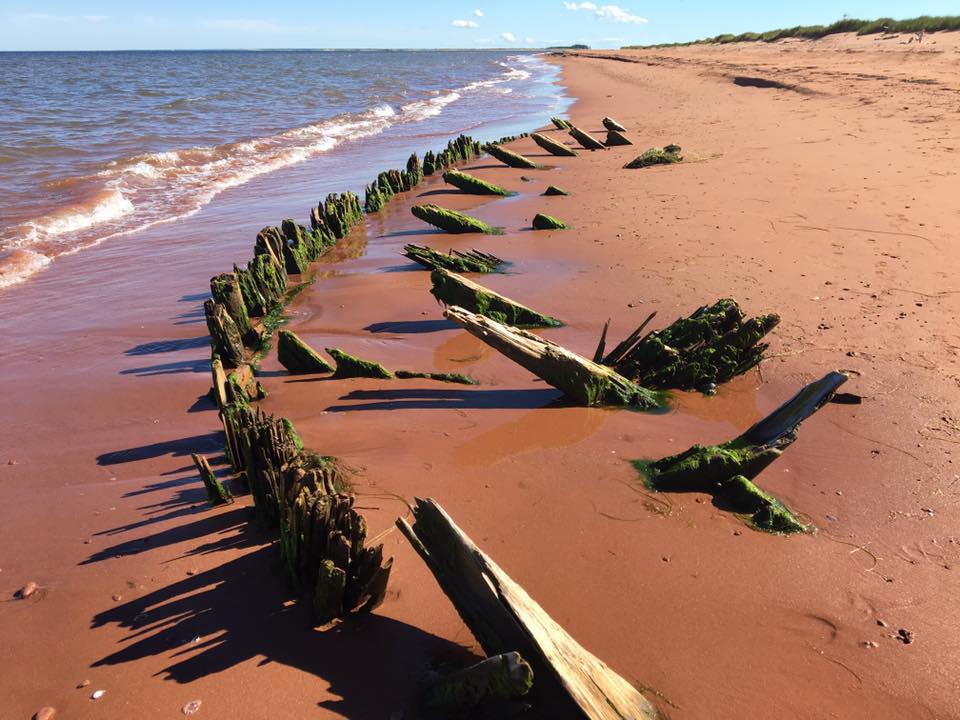 This seems a little strange to me to have not been seen before. That had to be a lot of sand to wash away over night to reveal that much of a structure.

A snippet from the story:


Prince Edward Islanders began chiming in on the social network to speculate what the structure might be. The most common answers ranged from an abandoned First Nations fishing weir to a forgotten breakwater. Some users stretched their imaginations further, guessing it might be the shipwreck of a Spanish galleon or one of the 74 ships lost in the deadly Yankee Gale of 1851.

The woman who discovered this while out walking the beach, Macleod, seems to like the idea of it being a shipwreck.

My first impression was of course it had to be a ship. That was the exciting part and we were hoping it was. I asked a local, he said it could have possibly been there since the 1870s. I’m leaning more towards it being a ship because that part has a little bit more mystery to it.

A little better close up picture: 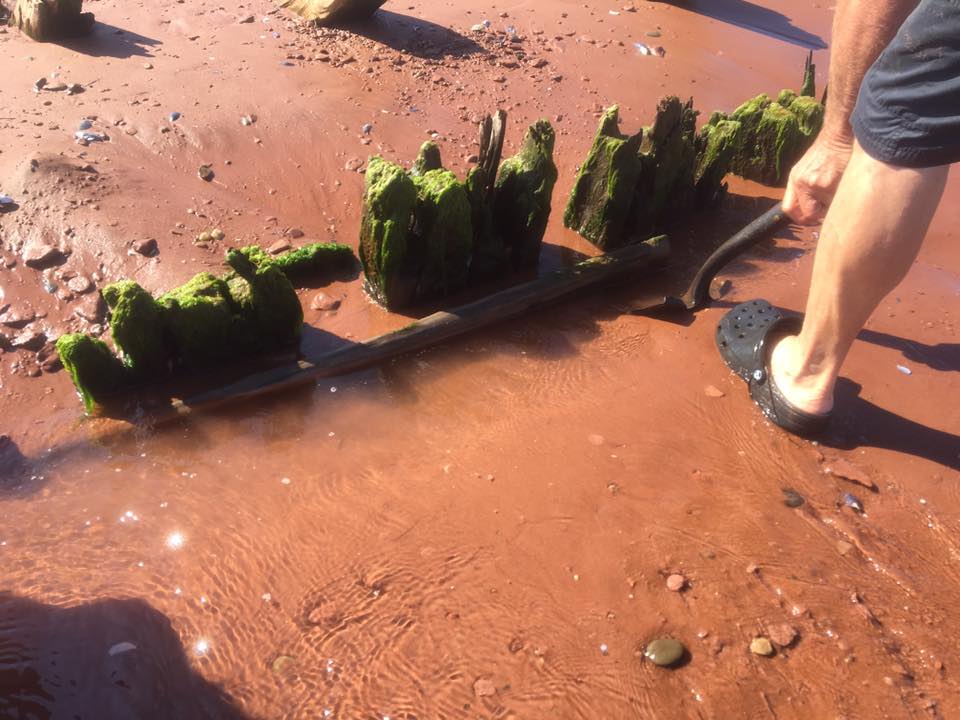 I'm with her and like to think it is a shipwreck too. Still though, I am curious to know what it really is. Not sure if anyone is going to go about actually trying to figure that out, didn't really mention anything like that. Maybe this will spark one of our members here to go see!

Somebody needs to start digging.

There could be more than the remains of a ship under that sand.

Ships have lots of places to store things and there could be some major finds within.

posted on Aug, 15 2017 @ 10:03 AM
link
a reply to: onehuman
Could very well be something native, on the opposite side they say that some settlements are still submerged by the sea, near the discoveries.

The pictures of the wood look small and standard though, would bet more on the boat or breakwater theory.

But, looking again, I'd agree with the "ship" interpretation. Purely because of the second line of sharply-tilted beams (on the right), which to me suggests that they originally connected with the other line of (vertically-aligned) beams, which in turn indicates that they were both just one part of a bigger structure.

(If the upward tilt of the beams to the right of the image are any guide, this is a ship that came to rest tilted on one side, and the rest of the ship will therefore be buried deeper in the sand than the exposed bit, with the hidden set of beams pointing downward into the sand at a similar angle).

posted on Aug, 15 2017 @ 10:14 AM
link
interesting. i'd say it's a potential wreck also. the site could use a once-over with ground penetrating radar before digging in.

Most definitely could be a ship, or remains of a pier.

Too small to be breakwater.

if its a pier or wharf, there goes you oceans rising due to ice melting theories.

I think it is very rare to build a ship with planks that are placed vertically in the hull.

To me they are clearly placed upwards (or downwards) whereas the usual setup is for the planks to be placed horizontally along the hull.

Many reasons exist for this, a main one is weight and a lot less ribs to connect the whole vessel together.

I honestly don't think it's a vessel. If it is, it was designed by an idiot or somebody who didn't derive their ship-building ability from traditional methods.

In other words it could be a non-western design or a highly experimental one, or built by an idiot.

posted on Aug, 15 2017 @ 10:38 AM
link
My first thought was a Break wall.
I live on the shores of Lake Superior and around my area you can find old remnants that look similar to the OPs image.
Now im not saying thats for sure what it is, but that its just what it reminds me of

The following are break water images from the net:

These are old ship wrecks:

Very similar together, however until the downstream side is excavated more to reveal what lies beneath,
im leaning towards break water.
Notice the irons in the first ship wreck image, i wasnt able to see any in the OPs image.
edit on 15-8-2017 by Macenroe82 because: (no reason given)

posted on Aug, 15 2017 @ 10:38 AM
link
By looking at the shape, I would guess shipwreck. I wonder what sort of cargo it was carrying? Time to get out the metal detector and a shovel, that ship would probably be at least a hundred or more years old I feel. Maybe it was carrying gold or copper. Maybe it was a pirate ship or a merchant ship. Get the metal detector out. Don't forget to not tell too many people about it, especially the government.

So watch who you call an idiot

To get rising seas in one place you have to steal water from another. The water war is on

posted on Aug, 15 2017 @ 11:14 AM
link
In my opinion it looks like a shipwreck.
The curve of a stern, or bow, and even the adjacent planks.
Even with Macenroe82 pics the similarities are striking.

But the curve sets it off for me.
If it was more straight, or had more length I'd say breakwater.

I agree with a few posters above.
Time to grab a metal detector!

posted on Aug, 15 2017 @ 11:55 AM
link
Planks don't go that direction, and they are too close together to be ribs./ I crewed on an antique wooden racing schooner

originally posted by: Perfectenemy
Call the GDI immediately. We have found another source of Tiberium. Sweet.

Wonder how many people understood that? Still one of the best soundtracks of all time.