NASA's Cassini spacecraft will enter new territory in its final mission phase, the Grand Finale, as it prepares to embark on a set of ultra-close passes through Saturn's upper atmosphere with its final five orbits around the planet.

The end is nigh for Cassini, but all is not for naught. Cassini will be making measurements so close to the atmosphere of Saturn that this data can be used for future missions to penetrate and perhaps travel through the clouds on multiple passes.

"As it makes these five dips into Saturn, followed by its final plunge, Cassini will become the first Saturn atmospheric probe," said Linda Spilker, Cassini project scientist at JPL. "It's long been a goal in planetary exploration to send a dedicated probe into the atmosphere of Saturn, and we're laying the groundwork for future exploration with this first foray."

Stay tuned folks, the data from this final set of passes, IMO, could usurp the data collected so far on this majestic and mysterious world.

Saturnites are freaking out right now. Their version of Planet-X has come!

posted on Aug, 12 2017 @ 10:20 PM
link
Could not find much data as to how long the spacecraft can survive in the atmosphere of Saturn, at what appears to be ~124,000 kph or more. The atmospheric pressure at the cloud tops is about 1 bar (pressure on Earth at sea level).

For sure, it is going to be fast ride and it will not last very long. How can the instruments possibly be able to transmit data in what would be a huge fireball, like any big meteor that comes into Earth atmosphere?

Fantastic technology, for 20 or more years ago!

Just a few weeks left of what has been a pretty spectacular mission , Cassini has taught us much.
I'll miss Cassini being out there sending back its pictures and discoveries its been a part of our science toolset for so long now but am looking to the grand finale.

originally posted by: prevenge
a reply to: Krakatoa


The impact is on Sep 15th. There's absolutely no danger of the plutonium causing a nuclear explosion. It will simply disintegrate and burn up together with the spacecraft. Even if it did explode, the force would be like a mosquito smashing into a car's windscreen.

Cassini just took some cool images of Titan at infrared wavelengths, revealing the dark hydrocarbon dunes on its surface: 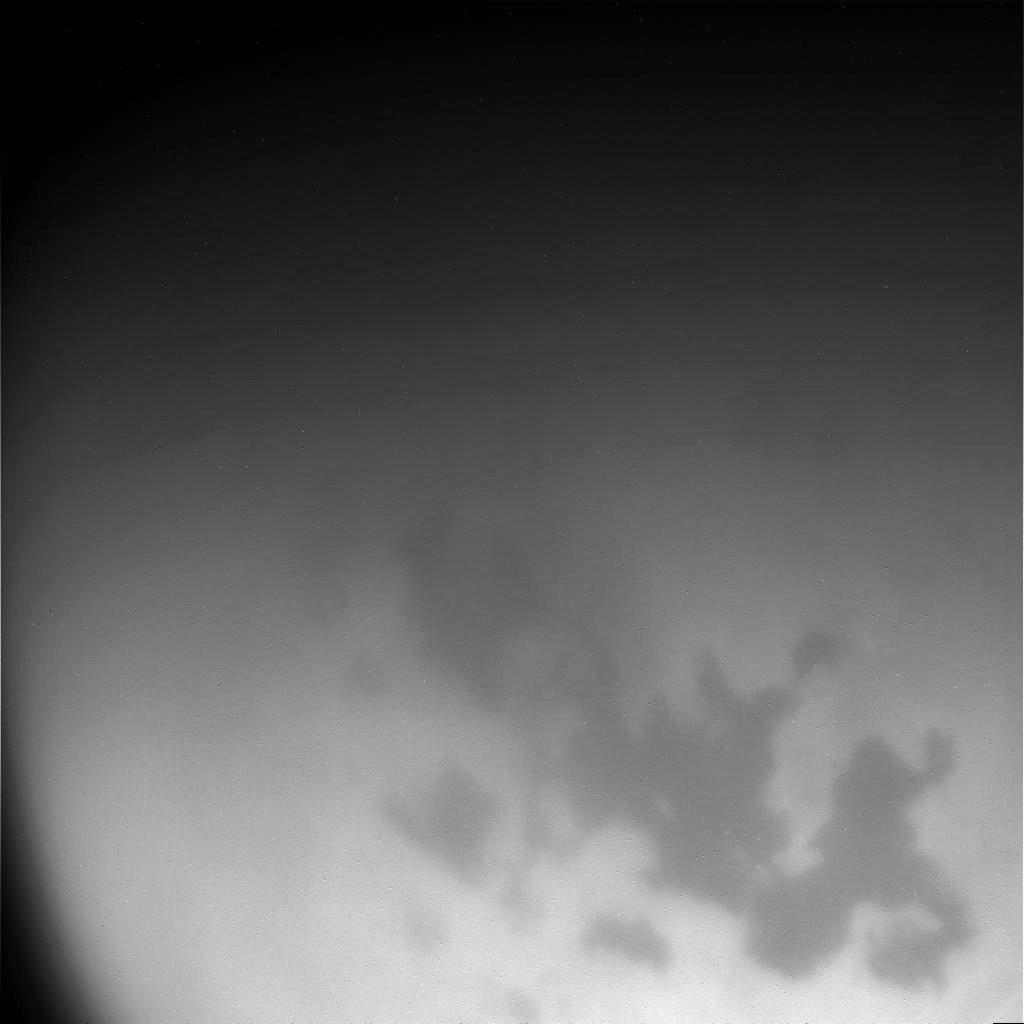 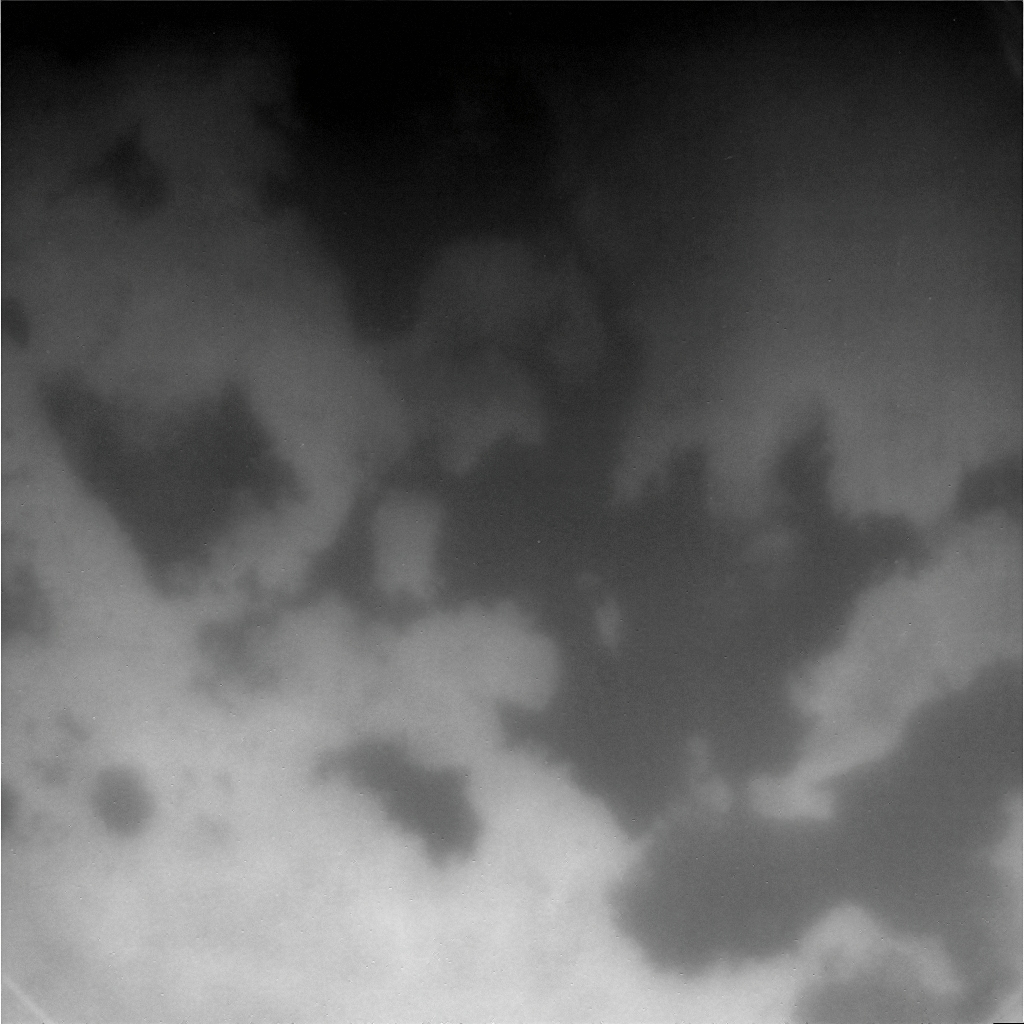 If you had said Cassini found a derelict space craft you would have 600 replies.
Such is the intellect level on the internet. 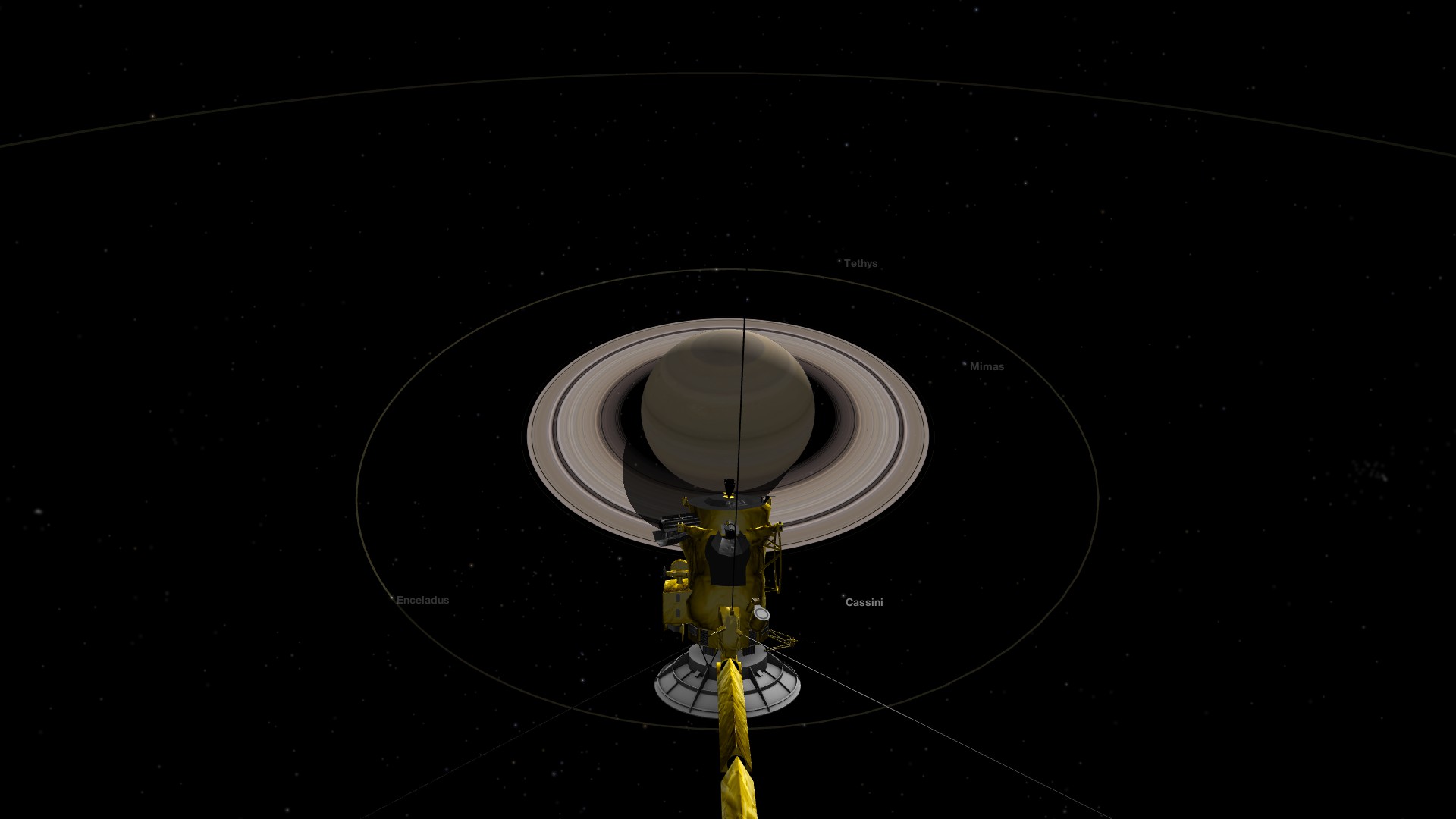 originally posted by: samkent
What is sad is there is only 6 replies to this thread.

If you had said Cassini found a derelict space craft you would have 600 replies.
Such is the intellect level on the internet.

You are right. This is ATS, and where the hell are all the planet heads.

I thank the OP for starting this thread, and I probably would have at this juncture, had it not already been claimed.

This mission, the end of an astounding series, is really special and it deserves the attention it demands.

Perhaps if we can juice it up a bit with a mystery that is still not solved.. The disturbances , or "solid objects" in some of the rings! As Cassini plunges near the upper edges of Saturn's atmosphere and orbits to do it again, we may also get some great resolution glimpses of what these objects really are.

On the final orbit, Cassini will plunge deep into Saturn’s atmosphere, and disintegrate, perhaps even detonate.

Some astrophysicists think they are asteroid /meteoroids or small comets that have penetrated the rings at high velocity, others think that they are trapped moonlets , and of course there are the people that believe that there are hidden alien space ships in the rings.

We should be able to get some great shots, if it is still going on. 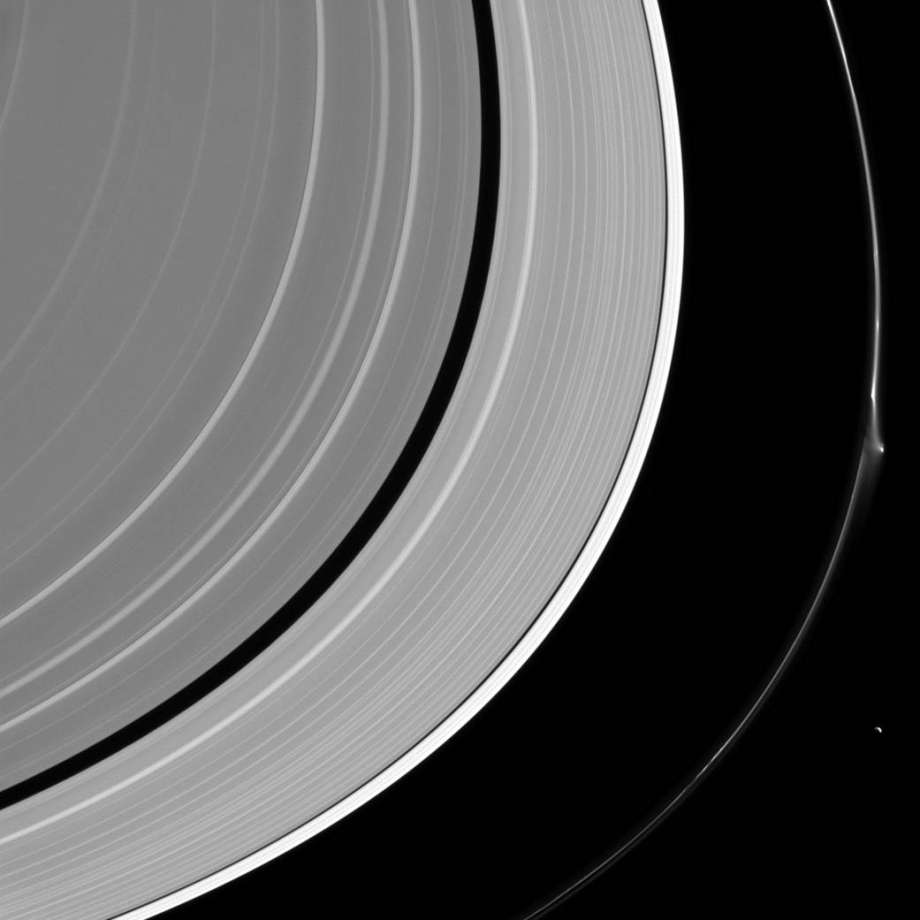 Wierd Saturn, and love the whole mission.
edit on 13-8-2017 by charlyv because: spelling , where caught


originally posted by: prevenge
a reply to: Krakatoa


The impact is on Sep 15th. There's absolutely no danger of the plutonium causing a nuclear explosion. It will simply disintegrate and burn up together with the spacecraft. Even if it did explode, the force would be like a mosquito smashing into a car's windscreen.

Great, so no "Project Lucifer" going on here to ignite a kick had giant into a new second sun to detour the path of a "Nemesis / Nibiru / Hercolobus / Wyrmwood" rogue object(s) from interacting with our path...

Seems a legit contingency plan for such a scenario...

Cannot kick start the three gas giants in our Solar system, they do not contain the mass, or the correct ratio of gasses.

Even if you combined all 3 together, you still would not have the mass or correct gasses for the fusion to start.

Really Big Shew!!! for those of us old enough to get the reference... 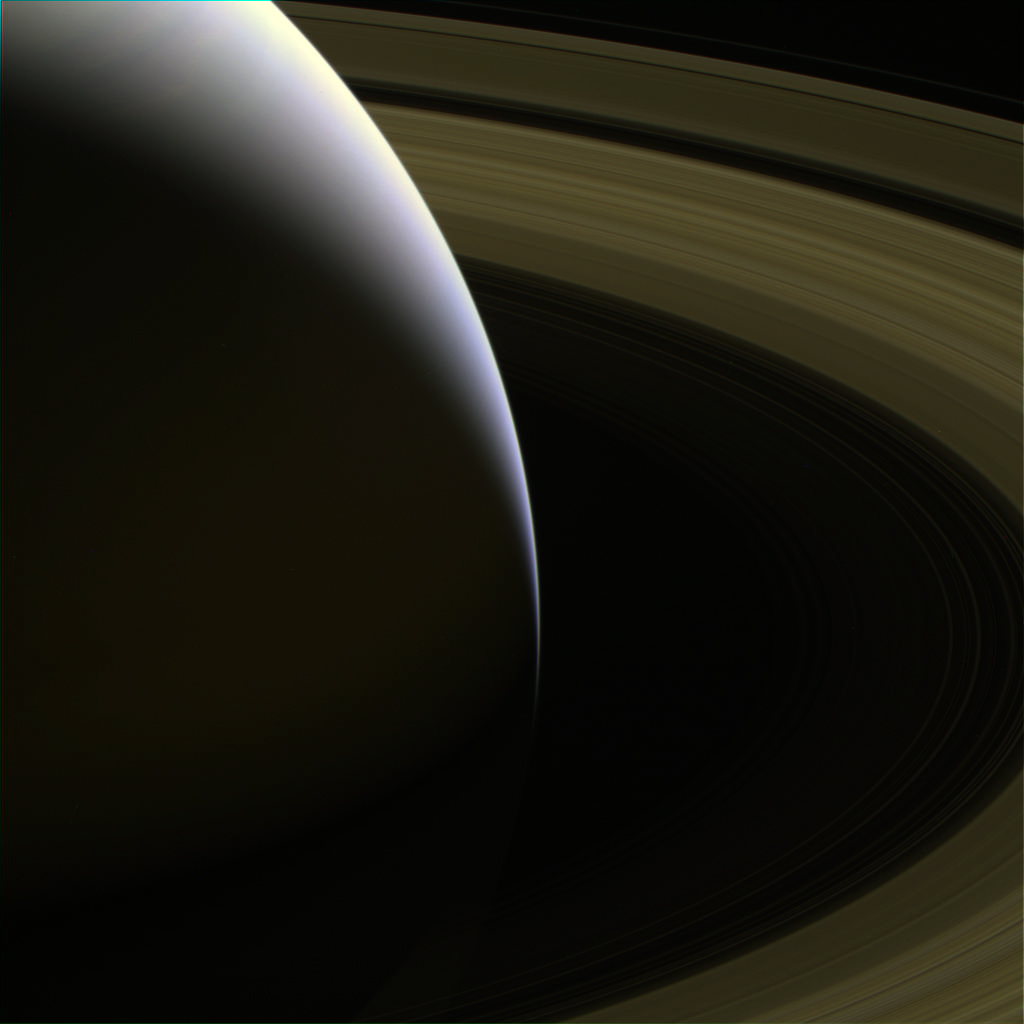 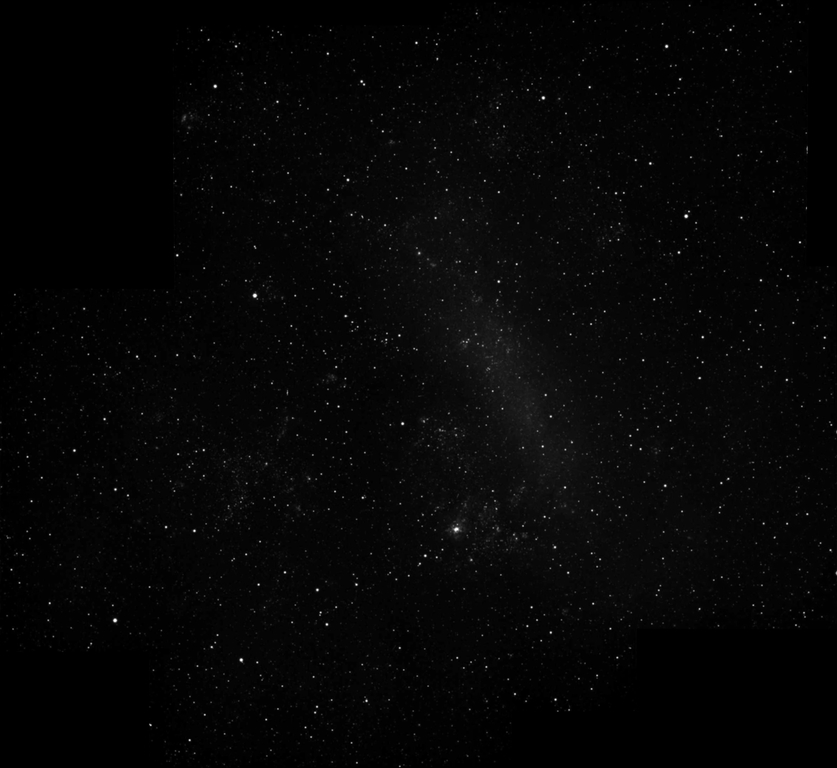 Here's a closeup of one of the objects: 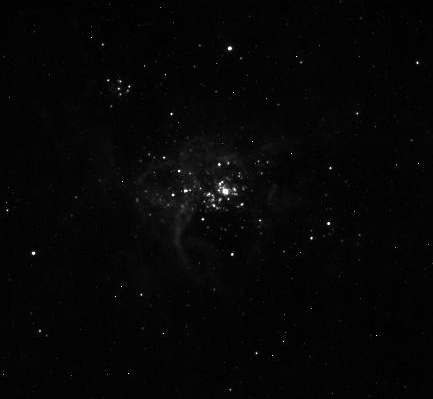 I'm currently asking around as to which part of the sky it is. It seems like there's a faint dwarf galaxy and some clusters and/or nebulae.

It's the panorama of the Large Magellanic Cloud, and the closeup photo is of the Tarantula Nebula.

People who don't understand maths or physics can't appreciate what you just wrote.

The fear - the theorizing - maintains its forcefulness because of this fundamental gap.

I trust that most physicists aren't crazy people interested in blowing up a planet without regard for how that would affect the biosphere of the Earth.


The last signals will be received by Canberra's Deep Space Communications Complex at 9:54pm AEST on Friday, September 15 — a final message from a spacecraft that began its journey aboard a Titan IV rocket on October 15, 1997.

To think that 20 years ago at the beginning of October, a young Auroraaus was at Tidbinbilla (the Deep Space tracking station in the ACT, Australia) when Cassini was being prepped for take off on the other side of the world!

1997 was an awe inspiring time for this lass who said goodbye to childhood, Hale-Bopp, Pathfinder, Cassini, what a time it was to be alive!