What do you think they are doing?

Training or something more?

I'm really hoping some of our members will chime in.... thanks 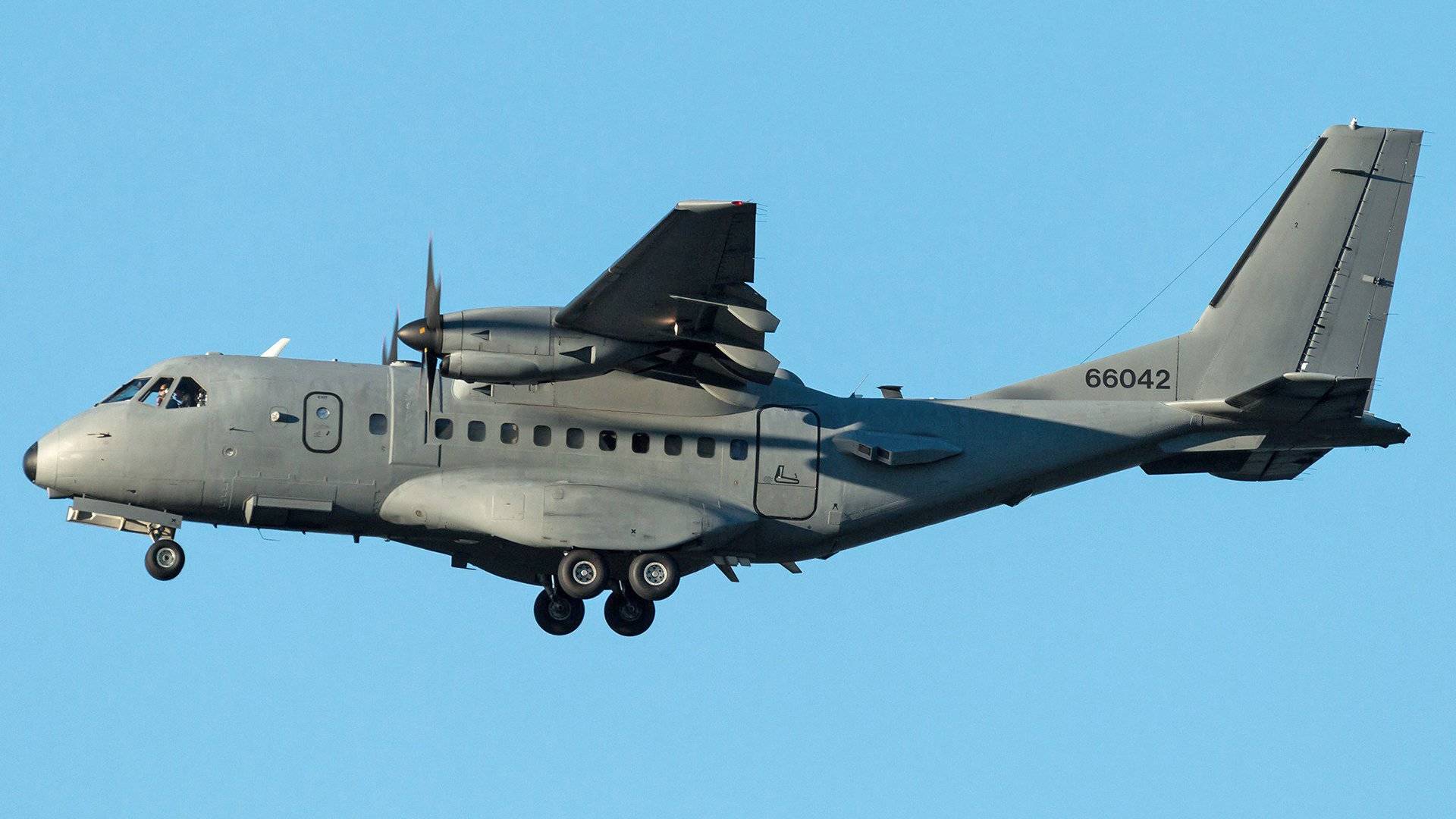 A very unique USAF surveillance aircraft has been flying highly defined circles over Seattle and its various suburbs for nine days now. Nobody at the DoD seems to know who the aircraft belongs to or what exactly it is doing flying so many missions over the Seattle area. But based on its visibly exotic configuration, and information collected by open source flight tracking websites, we can get a good idea of its capabilities and guess as to what it’s up to.

The aircraft, which goes by the callsign “SPUD21” and wears a nondescript flat gray paint job with the only visible markings being a USAF serial on its tail, is a CASA CN-235-300 transport aircraft that has been extensively modified for the surveillance mission. You can see more pictures of the aircraft here.

It is covered in a dizzying array of blisters, protrusions, humps and bumps. These include missile approach warning detectors and large fairings on its empennage for buckets of forward-firing decoy flares, as well as both microwave—the dome antenna behind the wing and flat antenna modification in front of the wing—and ultra high-frequency satellite communications—the platter-like antenna behind the dome antenna. A communications intelligence suite also appears to be installed on the aircraft, with the antenna farm on the bottom of its fuselage being a clear indication of such a capability.

But what's most interesting is the aircraft's apparent visual intelligence gathering installation. It is placed in a fixed position, on the left side of the aircraft, below the plane’s forward emergency door. The rectangle structure has a sliding door that covers the system's sensors when not in use. On the lower end of the capabilities spectrum, the system installed could be similar to the DB110 reconnaissance system, which can provide very high fidelity imagery of a target area from standoff "slant" ranges. The system, which is popular among F-16 operators in a podded version, can be acquired in varying configurations.

Some have multi-spectral fusion capability, where electro-optical and infrared imagery is combined to bring out unique details that neither can see alone. An additional wider angle camera is also available as well, along with an assortment of data-link options that can send the system’s imagery to analysts and “customers” on the ground for rapid exploitation. In this case, the analysts could fly inside the aircraft, eliminating the requirement—or at least the outright need—for such a feature.


Above all else, these types of surveillance systems are especially good at capturing and monitoring so called "patterns of life" over and around a target area. This is an especially useful tool when collecting intelligence on an enemy target or group of targets over time and can open up new possibilities when it comes to the process of finding, fixing and finishing the enemy.

Simply put, instead of recording a snapshot in time such as what a satellite can furnish, persistent airborne surveillance sensors capture massive amounts of exploitable information over hours and days. So if a picture is akin to a thousand words, this persistent type of wide area aerial surveillance is equivalent to an entire novel or even a series of novels. When paired with communications intelligence gathering, such as intercepting radio communications and mobile and satellite phone chatter, a high fidelity "picture" of a targeted area and how specific targets in that area operate can be compiled in a relatively short period of time, all using a single relatively economical asset. Also, the aircraft’s extensive communications suite can take this information, including streaming video, and send it to a command center around the world or relay it to regional ground stations. As such, it can likely provide high-fidelity overwatch of ongoing special operations mission, and relay that video and/or audio to commanders in real time.

Now that we have at least some idea of what this aircraft is likely capable of, the big question is what is it doing over Seattle and its suburbs? And maybe even more important—who is operating it? Aside from what appears to be a weekend off in Portland, Oregon, the aircraft flies its missions out of Boeing Field, and it is operating out of Clay Lacy Aviation, the local fixed based operator (FBO) at Boeing Field, not from Boeing's military ramp. It is totally common for military aircraft—from fighters to transports—to use local FBOs when traveling away from home. In fact, aircrews often prefer the amenities and ease of access of a high-end private jet center over a nearby military base.


Don't ask questions, they are here to protect you.

It belongs to Air Force Special Operations. It's not a spy plane, it's used to transport AFSOC. The Air Force has 13 of them. It's probably practicing for Seafair. Most Special Operations aircraft have some kind of receiver and signals gathering system so they can protect themselves when inserting into unfriendly areas. They aren't covered by AWACS and other aircraft, so they have to be able to intercept signals and communications.
edit on 8/4/2017 by Zaphod58 because: (no reason given)

originally posted by: Zaphod58
a reply to: iWontGiveUP

It belongs to Air Force Special Operations. It's not a spy plane, it's used to transport AFSOC. The Air Force has 13 of them. It's probably practicing for Seafair.

Is all that fancy camera gear the stock option?

Hi all..Im new to this site so bear with me as I get the hang of things please.

Iwgu- how long has this plane been circling in these patterns? I mean....last week, 2 weeks? How many weekends off have they had?

Bet those tight spirals must be fun!!

Zaph- I found this and am curious to get input...legit?

"
It's an EC-130E Airborne Battlefield Command and Control Center. Likely flying out of Joint base Lewis-McChord.

Sounds like Fort Lewis is doing some field training with some units, and they're flying the EC-130 to provide an airborne CiC.  The racetrack it's flying likely has it looping up along the whole Seattle/Tacoma area."

Ten days with a weekend in Portland. This week is Seafair, with several events taking place, such as the triathlon, and other large public events outside the main show this weekend.

They don't fly the EC-130E anymore. The EC-130H is the current Compass Call, used for signals work. This is a CASA CN-235 that started as an MSA.

I've got family there and used to live near Belview myself...besides constant rain it beautiful

Admittedly, I'm not up on these plane types so its good to have your input 4 sure!

I found a pic but can't attach it....dangit

I'll learn tho...this attempt might not work but I'll try...pardon my idiotness folks

posted on Aug, 4 2017 @ 02:45 PM
link
I live near Boeing and two of them flew over my house a couple weeks ago. Yesterday afternoon some fighter jets came screaming over, but I couldn't get to the window fast enough to see what they were.

With everything that's happening in the pacific, it's no surprise they'd be "training" on the coast like this.

The Blue Angels are flying out of Boeing, along with the F-22 and F-18 Tac Demo guys. They're all performing this weekend.
edit on 8/4/2017 by Zaphod58 because: (no reason given)

originally posted by: Zaphod58
a reply to: underwerks

The Blue Angels are flying out of Boeing, along with the F-22 and F-18 Tac Demo guys. They're all performing this weekend.


Right on, that explains it. I'm pretty much used to the constant air traffic overhead by now so it has to be really low or really loud for me to take notice.