ACA will never be repealed. Here's why.

The insurance company has exited the Obamacare markets, and for it to return, Bertolini says, the system needs to become more stabilized.

The CEO also fired back at single-payer options and President Trump's tweets about insurance company "bailouts."

www.cnbc.com...
edit on 3-8-2017 by allsee4eye because: (no reason given)
edit on Thu Aug 3 2017 by DontTreadOnMe because: trimmed overly long quote IMPORTANT: Using Content From Other Websites on ATS


Trump is in the pockets of the insurance industry which pays him millions to keep ACA in place.

Congress however, that's an easy search.

I agree with everything you said except the first sentence. TRUMP IS NOT getting kick-backs from health insurance companies. COME ON.. Change that while editing is still possible. It ruins a perfectly good opening post!

posted on Aug, 3 2017 @ 07:10 PM
link
After he re-starts the war in Korea, the US will invade Canada and force everyone of fighting age into the US military and ship them over there to the front lines.

What do you think of that?

With most of you guys absent from the new Northern Territory of the US, Trump can force all the stay-behinds to make America's healthcare affordable again.

Everybody else has employer insurance and/or Medicare/Medicaid.

But yes, those are "price" gouged too by now. 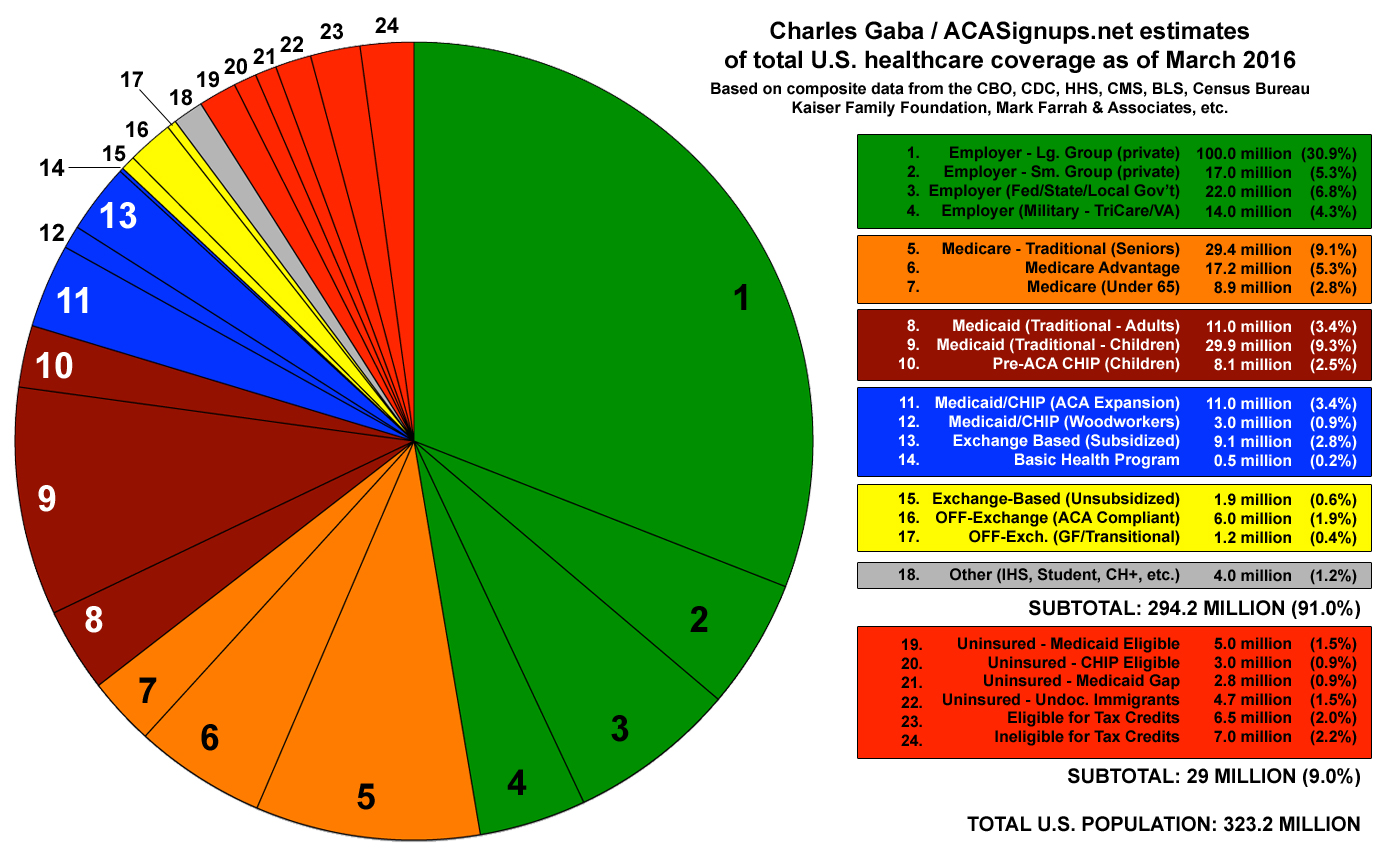 Full Size at: acasignups.net...
edit on 8/3/2017 by carewemust because: Added webpage URL.

if you are middle class I would suggest that you either become rich or become poor because those are the only 2 sides in this war and you are caught between a rock and a hard place.

I'm beginning to think you are the alt of SillyolMe because you are a complete buffoon with some of the things you post. You're a troll and your content is worthless.

Why is it that people who don't even live here know all about all that transpires here?,seems one country next to us keeps putting foot in mouth,with it's socialist views,and are made fools and folly of daily here in the US,and I'm not talking south of the border

posted on Aug, 4 2017 @ 09:44 AM
link
Let me get this right, Obama slapped a tax on Americans called "Obamacare" and you think the politicians spending that money are going to give it back ? (till hell freezes over)