Thinking or dreaming about something before it happens

posted on Aug, 2 2017 @ 06:21 AM
link
I'm curious as to what other people might think about this or whether anyone has experienced something similar.

For a long time now, so long that I'm used to it and use it, I've been thinking or dreaming of something or someone and within the next three days usually, something will happen or I'll see the person that's matched with the thought. It's really specific things too, once I dreamt about my back door breaking and the next morning I had to ask my mom if our door was broken or was I dreaming, I couldn't tell, she laughed and told me I was dreaming. Two days later the lock on the exact door broke and my mom couldn't believe it, you should've seen the way she looked at me. Another example is when I was browsing books to buy and I asked a friend about a specific one and just after I asked she was scrolling through Facebook and the exact book showed up on her feed. If a randomly find myself thinking of someone I haven't seen in a very long time, I expect to run into them that day and sometimes do. I used to have these 'images' right before falling asleep that were dream like but really vivid and I don't forget them because they stood out so much, they don't happen so much anymore. In one dream a dream character approached me and he seem'd way too real, everyone in the dream disappeared or blurred and he was talking to me about flying saucers, that one might be nothing but there was something about the guy in the dream that wasn't right, it wasn't only vivid, it was like it was real. But more to the point, I keep thinking about things and then they happen, what's going on? 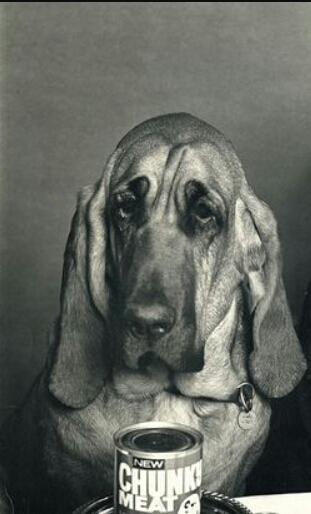 I noticed the change, and this is not spam. I signed up to ATS because I have genuine questions and things I think we're worth sharing and wanted to put out there.

posted on Aug, 2 2017 @ 06:40 AM
link
I once bought a popular science magazine and Dan Brown's Angles and Demons at an airport quick mart (You know the store). In the book Robert is flown to Europe in a classified Mach plane that looks more like a shuttle without windows. The magazine I bought focused on that very plain that was said in the book. I literally laughed out load at that airport after Robert described the plain he was on. The odds of something like that. Astronomical. Why can't that luck happen to me the with lottery or large sums of money.

Sometimes though I feel we are in grand theft auto kind of life. You say or do something. You later see what you saw or said. If gta if you drive a certain car. You see that car all the time. I've notice life kind of does that in a way. Or your just more susceptible to seeing it because you said it. That very thing happens all the time with me and a coworker. We even did experiments on this very thing with the results being # happens.

I will give you my account and I do believe you. One day after work I was walking my dog and there is person the block that doesn't work and stays home all day. I said to myself, "Must be nice not to have to do anything all day". That night I had a dream where I was having my head being drained of blood. The following week, Hurricane Matthew hit, and I ended up having a ruptured brain aneurysm at work, where I was than rushed to the best hospital by helicopter to go into surgery to have fixed. Unfortunately, that didn't fix the problem and I was still bleeding in the brain. Four surgeries later, I still don't know if I am bleeding in the brain. I should be able find out after they do the scans and the angiogram in the next coming weeks and months.

That is pretty wild, I think humans underestimate the consciousnesses abilities.
Kind of like if you believe in ghosts it makes you more susceptible to an encounter, I know what you mean. A scientist once proposed that reality only exists when we interact with it, so maybe it's a lot more malleable than we know.

But now you will be more awake and hopefully pay attention to your actions around here, punk.
That's the lesson.
Sorry I am German, bavarian, close to Austria, wink wink 88... Sometimes I have a problem with wanting to control everything, klugscheisser means "know it all,
Oberlehrer"
if you want to go on a journey.

If you can't get past my comical story, at least watch the Ian Lungold video I posted in the OP.

Well then, Hallo! I like you sense of humour. Guten tag!

posted on Aug, 2 2017 @ 07:58 AM
link
When I have one of those dreams that rock your world and seems Prophetic, I write it down in my Email and send it to myself. That way it's documented with day and time, am or pm.

posted on Aug, 2 2017 @ 07:59 AM
link
Its an electric universe where events that have not happened yet are picked up by the brain via electrical input.

Its a bit like people knowing what is coming because they are in contact with God who already knows the future. Hence this is basically a real prophet.

Thoughts travel via this electric universe hence a person phones you. Their thoughts travel faster via photon emission. Your brain recognizes these photons that give you the sudden thought of them phoning you.

Then the phone rings with them asking you a question.

Same goes the other way where you think of a person that you knew decades ago. That thought travels the world, gets picked up by them. Then they decide to phone you and say, 'How are you doing, its been so long'. Your response is probably 'wow, I was just thinking about you'.

Not 'dreaming' just out of the blue I would remember an obscure movie, a book, a tune or person that that I had not called to mind in years, sometimes decades. Then shortly after a day or two and sometimes even the same evening, there it is on TV or mentioned in magazine or internet article.

Im 60...I thought It was something like reversed alzheimers.

posted on Aug, 2 2017 @ 08:12 AM
link
I used to have that sort of thing happen a lot. The 3 day thing is interesting because my Grandmother had the same ability and said that it is in 3s, like within 3 days or 3 weeks, same for me most of the time. Usually it is some major event in our family that comes up in those flashes of insight, although seemly insignificant events occur as well.

It is too bad the lottery numbers have never came up, apparently that is something that is less important to have a precognition of, it's usually something like a death or other major event of significance. I feel that it is a warning that is useful to survival. The strange thing is that if you were to avoid or circumvent the coming crisis, then the dream would never become true, so it seems like when it happens there is nothing to do except be aware that it is coming.

Tell you what i have been experiencing lately, i go to type a word, or i am typing a word, and at the same time said word is repeated on TV, happened to me about 6 times last week.

Guess its some kind synchronicity at play. LoL

Happy birthday! Sending good vibes your way, that's some rough stuff.
That was some insightful reading, really interesting and I get it, it's almost like I've been trying to put that into words and not completely understood it till now. The whole thing has me thinking, there's a lot of sense in all of it, thanks for sharing it with me. Extra points for the surprise Elvis, that post has to be my favourite of all time.

Like a virtual dream journal, I do the same but in notes.

That's amazing. Do you think everyone experiences that and just don't notice?

First of, I'm sorry to hear about your current condition and I hope you see positive progress as soon as possible. That sounds like familiar territory in the thinking situation.

That's exactly what I'm talking about in this thread, that happens to me too all the time especially with TV. Don't discount it to something like Alzheimer's, if Alzheimer's gave you the ability to know when a piano was about to drop before you step under it, more people would probably be happy about being diagnosed with it.