Cautiously Trying To Come To A Conclusion

posted on Aug, 2 2017 @ 02:38 AM
link
I have a feeling this will get long so for your convenience I will use titles and give you an index.
You're welcome to discuss whichever part you feel needs discussion I will answer it all, I promise. Because I accept and respect you are a living being in front of a screen, you have reason to feel that way about certain things I say. You have a right to feel about certain things the way you do.
Everybody has someone he owes an apology to. Everybody has someone who owes them an apology.

We are experimenting for a long time with this. Delgados work is the first that comes to mind.

2. Psyops are everything that is intended to change the publics opinion. There should be no discussion necessary if you keep that definition in mind.

Is very clever, the best lie is one as close as possible to the truth. Alien means strange. True. Nothing more than that.

4. Language
...is a bitch, it's code for feelings, always too unprecise and not quite getting to the point. Yet amazing things happen with it. Art, music, maths, Facebook AI, creates it's own...

5. Mythology
If it were introduced to us from a strange real existing being, odds are it's language would be vastly different to ours. Because of the evolution of language through time as well as symbolism and cultural structure which could be assumed to be vastly different expressing itself through symbolism ie language.

6. Consciousness
Meaning the question of the soul is something I intuitively answer with yes, but what it is how it works is beyond me and I am still looking for answers on that one.

7. The Essence
Due to a NDE I tend to believe a part of us is immortal, the essence survives.

8. Illuminati & urban Legends
It's important to tell tales. I value your direct experiments and it might be it is the human mind which has special powers, but I doubt that.

Light as a feather stiff as a board.


Still absorbing your thread buddy, i had a theory on this once but it is not coming back to me easily....
edit on 2/8/2017 by scubagravy because: (no reason given)

posted on Aug, 2 2017 @ 02:59 AM
link
9.Space
Is vast and empty. For all we know it's crazy distances with dead planets all around us. Lightyear is the time light travels per year, that's mind blowing huge if you think about that.

10. Physics
Made our world possible. All technology is physics, the language of physics is maths. I love that stuff I really do, but we have been proven to be wrong over and over, why should now be any different?

11. The Forces
Thanks to physics we have a pretty good understanding of what's going on around us, the weak force, the strong force, electro magnetic force, gravity. You can unite them all except gravity. But you can unite gravity with the electro magnetic force.
There it is: something is obviously wrong. My suspicion is one of the nuclei forces, since gravity works fine...

12 quantum bs
With the above on mind it makes all the overuse of quantum pretty funny as this will hopefully soon get into peoples minds that quantum is basically just a very tiny scale of things, not at all magical.

13 other dimensions
Is to me like consciousness one of those things where you have more a felling than a rational conclusion. Rationally I am undecided, emotionally yes, I would love that.

14 god gods and the paranormal
And psychoactive drugs, the exploration of the soul, why do those strange beings connect with us through NDE and in situations where we basically poison ourselves to talk to them? Why is it so often unstable people are centre of poltergeist activities? Why do all highly religious festivities focus on the events balancing on the line of life and death ie birth funeral marriage...?
As you see I got more questions than answers, but interesting questions I hope?

15. My point is
... what advantage could there be for a group of beings to interact with us the most on the edge of death? Even if that group is highly advanced human break-away society, military stuff, that doesn't really matter. Why only if you're in close to death situations. It only leaves the conclusion it is closely entangled with our own consciousness.
Alien, yes. Technology? Maybe. Other dimensions, or extra-terrestrial? Occam. says no.

16. Prediction
And I must admit I am not fully comfortable with it, that's why all your remarks and buts matter so much to me, there has to be a logical mistake somewhere.
What's described in Revelation is necessary to open the portal. We need as many drugged and close to death as possible to talk to the gods and find out who they are. It's a matter of survival for the species.
the gods could be hostile.

What are you thinking?

I meant scubagravy up there, right after your OP.

And I am genuinely interested in your opinion to the OP (s)?

1. Not possible. BUT, experiments in the past such as MKULTRA (and others) are perfect examples of a government gone insane, completely out of control, and letting the likes of Dr. Mengele (i.e. Sidney Gottleib) run the asylum, and conduct whatever crazy, deviant, experiment fantasy they want to.

2. Psyops, by the definition of the term, are exactly this. Not sure what you're trying to say here.

4. Language is a communication medium.

5. Mythology, like religion, was created in an attempt to explain physics and physiology before man understood what these things were.

7. Never heard of it. At least not that expression.

8. This should be (2) items, as the notion of 'illuminati' is a different discussion than that of 'urban legends'. The latter is known to be fake, the former not so much IMO.

9. I could write a book for an answer to this one. Way, way, too much to answer in a short statement.

10. Physics has never been proven to be wrong, only our understanding of it.

11. Forces are a subset of physics. Einstein was right, and died trying to prove the final link. All who came after him have based much of their work on proving him wrong in the absence of an answer to prove him right.

12. I have long said exactly this, "quantum" is really just another word for "Einstein was wrong and I'm right, but I can't explain why and I don't understand it either". (in other words, Einstein was right).

13. I have a whole theory on 'other dimensions' which goes well beyond a simple response. However, the short version is; there are elements of 'reality' which we humans don't fully understand yet. 'Reality' is not exactly as we perceive it presently.

14. Again, two separate topics. "God" is a way of explaining things which go beyond human understanding. Paranormal is different. My own personal verdict on paranormal is still out.

15. Bottom line - ET doesn't exist. At least not in a way humans are able to perceive presently. If he did, we'd know. Much longer explanation why, and fairly mathematical, but that's the short version.

16. Who are you referring to when you say "you" in this item? Otherwise, my assessment is "God", or a god, would almost certainly be hostile to the human life form, not because they were intent on doing harm, but rather because they would be orchestrating a far larger version of "life" in the greater sphere of their influence.

What was your "conclusion" which you referred to in the title?

1 did you ever read one of the experiments? They worked incredible well.

originally posted by: Flyingclaydisk
My turn...

What was your "conclusion" which you referred to in the title?


It's linked to life and death therefore consciousness and it could be hostile.

1. Yes, I've read many of them, in detail. In fact, I've done considerable research on the subject. The whole program was complete insanity, and a tragic example of a government program run amok.

10. Physics is far more than an explanation of just the cosmos. The cosmos is just one example of how physics manifests 'itself'.

16. Not sure I understand your response.

Conclusion - "what" is linked to life and death? What are you driving at? I would disagree that consciousness, in itself, is hostile. I would argue it is inert, until acted upon by outside influences.

The cosmos is the universe and everything in it which follows rules, or creates patterns.

If it were introduced to us from a strange real existing being, odds are it's language would be vastly different to ours. Because of the evolution of language through time as well as symbolism and cultural structure which could be assumed to be vastly different expressing itself through symbolism ie language.


9.Space Is vast and empty. For all we know it's crazy distances with dead planets all around us. Lightyear is the time light travels per year, that's mind blowing huge if you think about that.

my perspective has always been that what are witnessing is "mind" or THE mind.. we are in the mind

Exactly right, implied in three. It's real man we should make it official: we have contact.
...with something very strange...
since thousands of years.
Let it sink in.

originally posted by: Peeple
a reply to: toysforadults

Exactly right, implied in three. It's real man we should make it official: we have contact.
...with something very strange...
since thousands of years.
Let it sink in.

I've seen it with my own eyes. They are flying around the earth and have been for thousands of years. Many many many many many people have seen it, written about it, carved it onto stones, turned it into art and formed religions about it.

Ezekiel and Elijah as an example.

It's so mind bending it would break you if you knew. I shutter thinking about the totality of it all and how frail our universe is. It could end forever at a moments notice.

Good for you. ATS is a wonderful place. 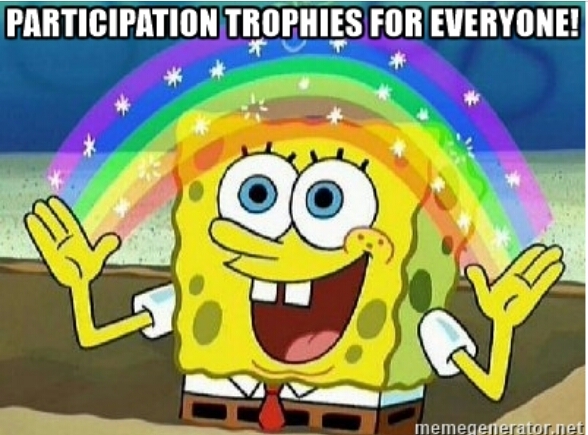 How crazy would it be if the before the times of Noah stories of the bible were true and the Nephilim were still flying around in the skies and that's what people keep reporting?

How weird would that be??

I am not saying that's what's happening but I have entertained the thought before.