+1 for the new administration. (more information at the link on how cartels watched the security levels so they could easily smuggle drugs).


In a major shift from lax Obama-era regulations, the Trump administration is finally allowing customs officers to screen all cargo trucks entering the U.S. from Mexico and sources on both sides of the border tell Judicial Watch Mexican drug cartels are fuming.

Approximately 471,000 trucks pass through the U.S-Mexico border monthly, according to figures published by the U.S. Department of Transportation. The busiest port of entry is in Laredo, Texas where 167,553 trucks enter the U.S. from Mexico monthly, followed by Otay Mesa in California (76,953), El Paso, Texas (58,913), Hidalgo, Texas (45,355) and Nogales with 29,439. Other busy ports include East Calexico, California (29,173), Brownsville, Texas (16,140) and Eagle Pass, Texas (12,952). Trucks bring in everything from auto parts to appliances, produce and livestock. In fact, a veteran Homeland Security official told Judicial Watch that cattle trucks passed without inspection during the Obama administration because Mexican farmers complained that the security screenings frightened their cows. “Our guys were livid that we were not allowed to check cattle,” the federal official said.

posted on Aug, 1 2017 @ 07:38 PM
link
Trump also stopped arming the ISIS. think from the last administration, he rescinded the offer after he witnessed a 4 year old beheading. I have to find that news article again. Saw two news things about it, but can't get it to load now.

posted on Aug, 1 2017 @ 07:42 PM
link
And you know, it's not only human cargo and drugs, but sinister purposes from our middle east enemies. Dirty bombs, chemical weapons, the list goes on.

Yeah, the NAFTA corridor is the drug pipeline. By design I tell ya. 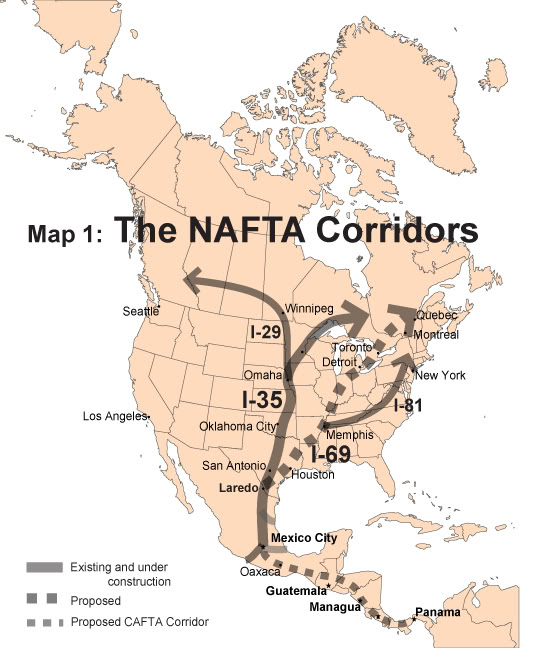 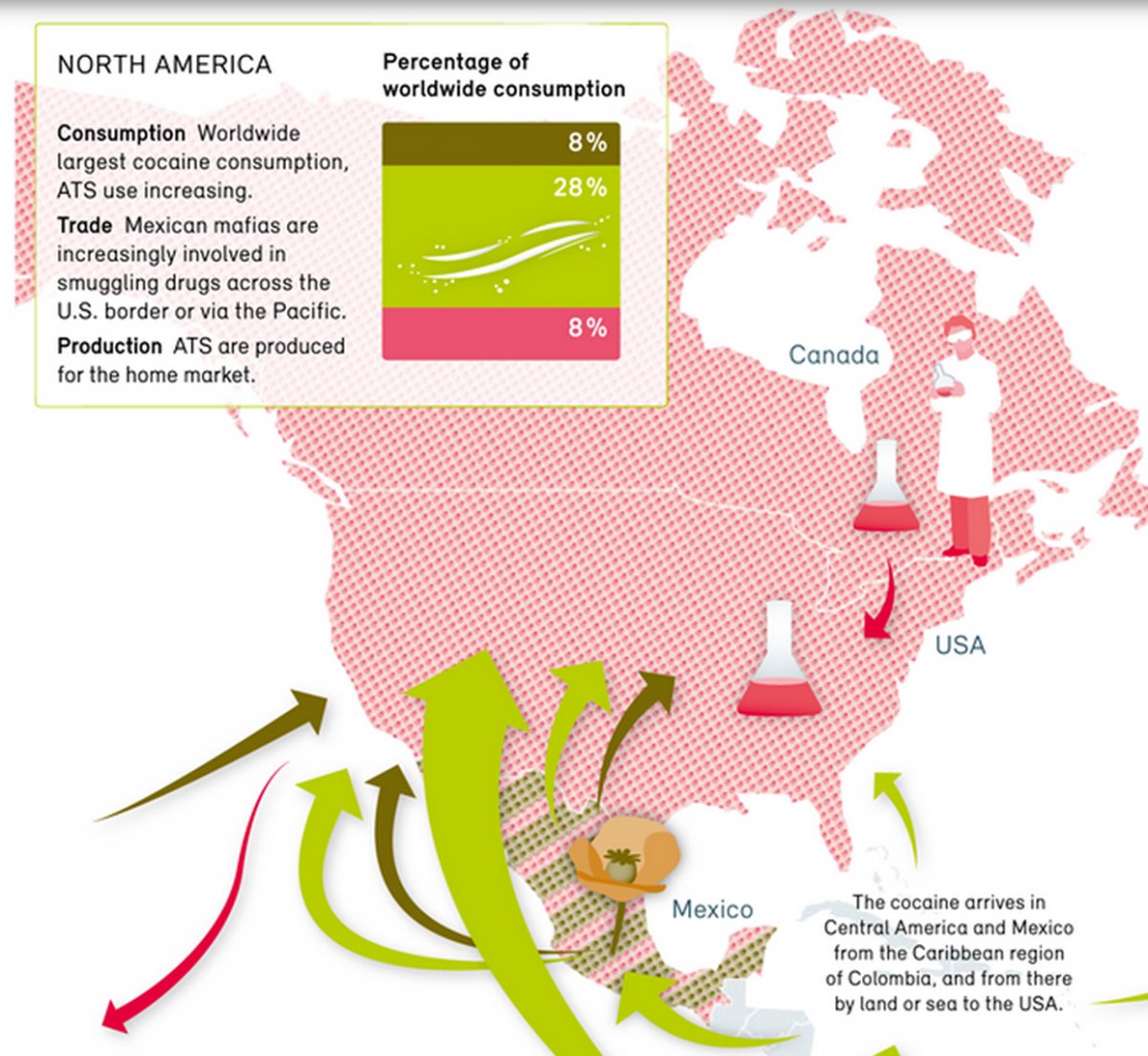 TPP was to bring the herion in fast tracked following the success of the NAFTA Model. 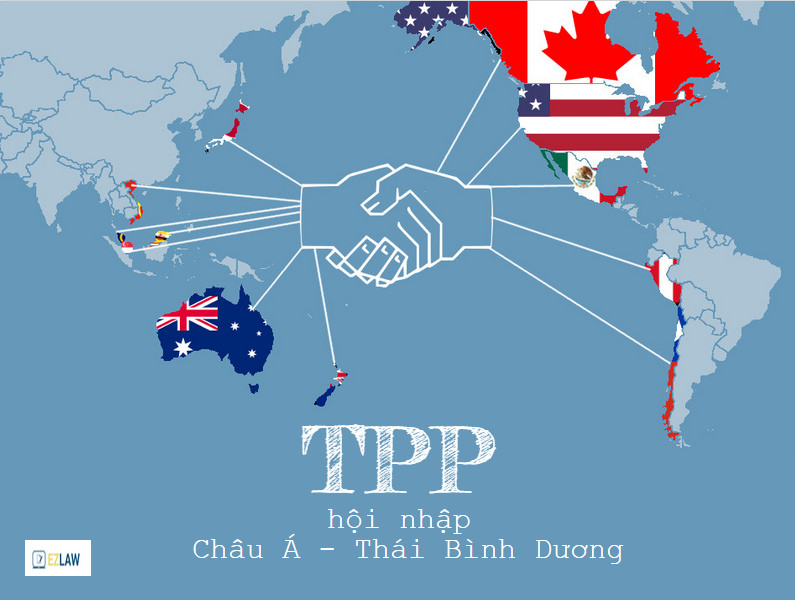 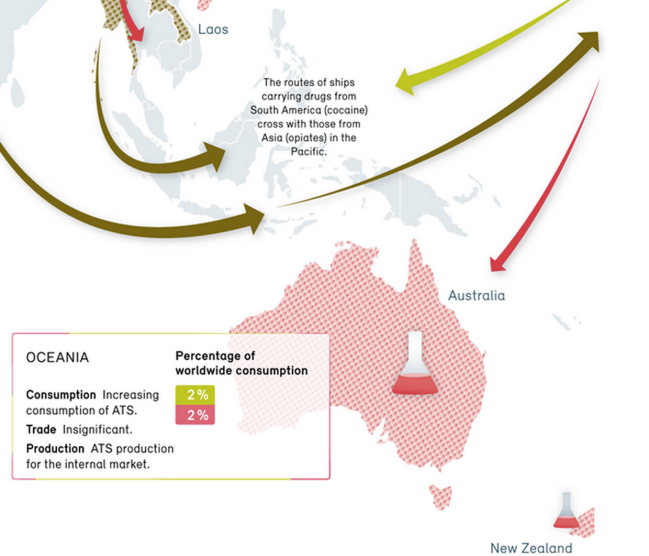 edit on 1-8-2017 by IgnoranceIsntBlisss because: (no reason given)

posted on Aug, 1 2017 @ 07:48 PM
link
OOOOoooooohhhh, da babies are cyrin over following SOP. It's a sad, sad world. I wonder how many humans and pounds of drugs they've brought over the border in the last 8 years.


Great news! Are there rail lines crossing the border? Gotta check all the box cars and tanker cars.
edit on 8/1/2017 by carewemust because: (no reason given)

originally posted by: Plotus
And you know, it's not only human cargo and drugs, but sinister purposes from our middle east enemies. Dirty bombs, chemical weapons, the list goes on.

But since this is being done by the non-democrats, I am wondering how this will be spun to be a "bad, evil thing"?

that cattle trucks passed without inspection during the Obama administration because Mexican farmers complained that the security screenings frightened their cows. “Our guys were livid that we were not allowed to check cattle,” the federal official said.

I think that says a lot about how Obama got a lot of the heroin into the US.

posted on Aug, 1 2017 @ 07:58 PM
link
You know, we had the 'War on Drugs' in place for a bunch of years, but the politicians were in bed with the cartels, providing weapons not too many years ago, and I'm sure the drugs were coming under some ones authority and direction, so the war on drugs was a failure, it was made to look as though it was real.
I believe President Trump's swamp draining will have an adverse affect on those willing to smuggle and black-op the stuff in.

Well Clinton, the man who helped enacted NAFTA has ties to the Drug trade.......

posted on Aug, 1 2017 @ 08:57 PM
link
Good. Mexico was given unfair advantage over America (except Eric Holder's Fast & Furious). Let their trucks sit there in the blistering sun for hours.

posted on Aug, 1 2017 @ 09:20 PM
link
They should have run it for a while without announcing it to see the usual passby trucks unload metric tons of dope.

The entire WOD budget should be directed at the borders and smuggling and illegals, instead of at citizens. You cut off the dope imports and it will work itself out.
edit on 1-8-2017 by IgnoranceIsntBlisss because: (no reason given)

Thanks to those people for doing their jobs!

posted on Aug, 2 2017 @ 08:36 AM
link
This goes to show that the existing laws can work if they are actually followed. Often the lack of results end up being more laws enacted that are barely enforced so it is good to see that the laws can work if they really do enforce them. It seems that the law is used only when it's the small operations that do little to effect the bigger picture or when they want to silence the opposition.

IMO it would be better to invest in the machines to do the job than building a wall that a ladder can defeat.

It might mean more about they'll have the green light to scan any truck they want, where before entire categories of shipment types were taken off the table by Ohbama.

That is exactly what it means. They are being allowed to scan/screen.


I am saying that if they had the ability to screen/scan 100% then it would be more effective than the billions spent on fencing.

originally posted by: Grimpachi
I am only afraid they do not have the ability to screen 100% of the trucks. I don't think they have enough scanning machines to do the job.

IMO it would be better to invest in the machines to do the job than building a wall that a ladder can defeat.


I haven't seen semi's climb a ladder and go over a wall before.

They don't need a semi truck that can climb ladders. They need two semi trucks, one on the US side with an open container on the back, and one with a short range catapult on the Mexico side. Or, to be driving with plates given certain clearances by the biggest cartel of them all, the CIA.

Tunnels, throwers, catapults, climbers, submarines, boats, surfboards, and I am sure far more makes me think the idea of a secure border is simply impossible. I do think that making the main roads crossing the border inaccessible to smugglers with scanning technology will impact the cartels far more than a fence.