posted on Aug, 1 2017 @ 04:47 PM
link
Nothing dramatic, just some nice Sat images of Russia's base in Latakia and a plethora of the aircraft parked there right nowrecently. There was an amazing four part look into this base going over their entire defensive layers and equipment, but I cannot seem to find it. Was a helluva killer look into the base and they covered like everything. I guess they thought it may have been a bad idea to post and took it down? Or maybe I m having trouble finding. Anyways, here is a breakdown of what is shown:

AMN
Recent satellite images (dated July 15, 2017) of the Khmeimim Airbase in Syria’s Latakia Governorate have surfaced on social media. The pictures reveal the presence of a total of thirty-three (33) combat aircraft belonging to the Russian Aerospace Forces at the military installation.
Despite known plans for an expansion of the Khmeimim Airbase which will include the construction of hardened bunkers, additional runways and new logistic infrastructures, it is interesting to note that all Russian combat aircraft present at the installation continue to be parked out in the open.

Recently, the Russian upper house approved a 49-year lease agreement reached between Moscow and Damascus that will allow the Russian Armed Forces to maintain possession of the Khmeimim Airbase until 2066 with the option to extend this ownership for another twenty-five years thereafter. 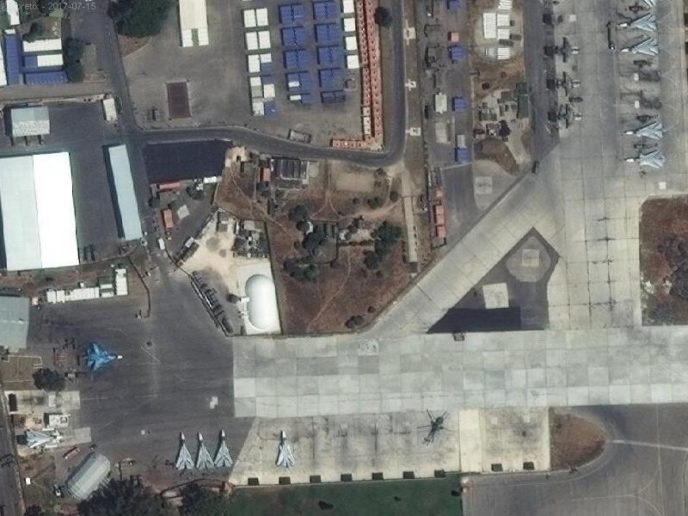 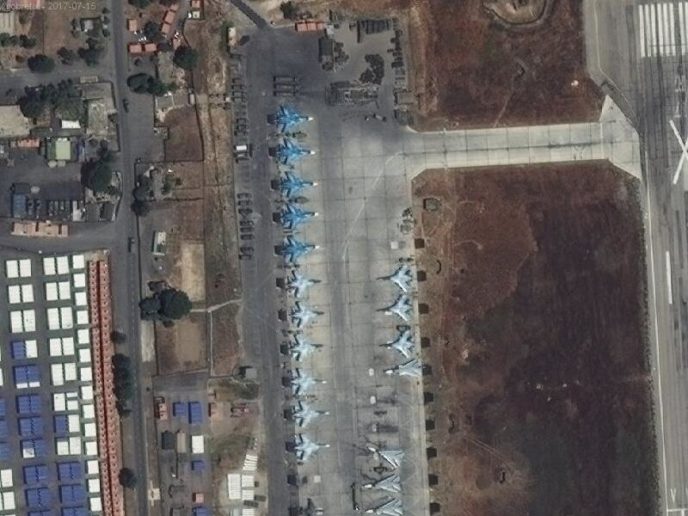 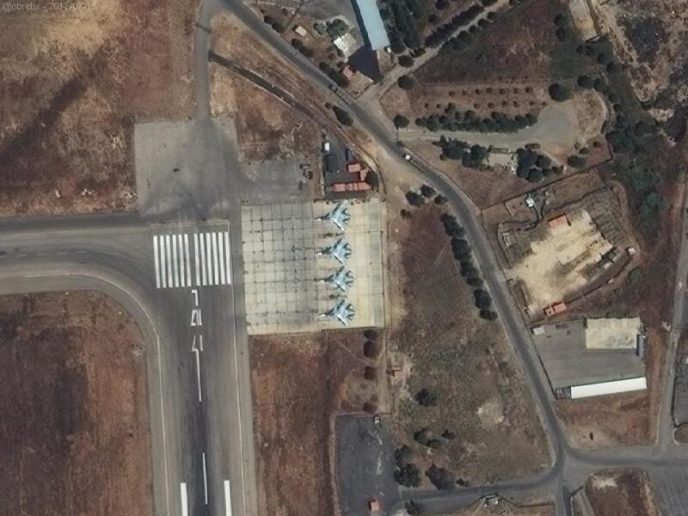 Thats a nice display of hardware. In a somewhat related update, if anybody wants to check out China's new naval base in Djibouti, Starfor has also uploaded satellite images of that with some technical analysis. It officially went into service today.

They just signed a 95 year lease with 25 year extension options.

Please keep all hands inside the cage and do not poke The Bear!

ETA: I realise this will be an unpopular opinion for many members but it is nice to see Russian hardware in the country of an ally that asked for help, in contrast to all the countries joined in another alliance that seem hell bent on bombing the # out of Syria, a sovereign nations, for no lawful reason. Go Russia!
edit on 1/8/17 by LightSpeedDriver because: ETA

originally posted by: dashen
parked right there, all shiny and waiting to be droned.

Lol.. this is not afghani tribesmen in sack tents.
Deadlock is reached. Its matter of time before hell opens up in our arses. Good luck to you and me.

SO essentially, a permanent presence in the Mediterranean for Russia from here on out. Add that with the fact that Turkey and Russia have become good friends again, Russia is really increasing its naval reach, and so is China.

But yes, many people also don't know that Syria has Russia's only naval base outside of former USSR satellites. Of course they don't want to lose that.

But also might show yet another reason that the west wants Assad gone.

posted on Aug, 1 2017 @ 06:36 PM
link
a reply to: Quetzalcoatl14
I wonder if their next step will be to drop a base off in Djibouti with a dozen other countries already stationed there. May as well be a global launch point for everybody.

originally posted by: worldstarcountry
a reply to: Quetzalcoatl14
I wonder if their next step will be to drop a base off in Djibouti with a dozen other countries already stationed there. May as well be a global launch point for everybody.


Ha. Well, doubtful if countries would allow that.

posted on Aug, 1 2017 @ 07:09 PM
link
a reply to: Quetzalcoatl14
Well the Russians are in Egypt in an old Soviet Base close to the Libyan border. Whats stopping them from moving to Djibouti?? Only Djibouti could say know. With China officially opening theirs today and Saudi has one in the works, it would not be so unthinkable that the Russians may want to get in on that Gulf of Aden/Red Sea port.
edit on 8-1-2017 by worldstarcountry because: (no reason given)


I've noticed Russia tends to get a bit feisty in conflicted areas that they have military installations.

Beans, bullets, and new plate carriers are spendy enough... But compared to any one of 10,000 + parts in an aircraft or a single guided missile they're chump change!

Plus, it's extremely bad policy to let someone blow your s*** up at the nation state level... If someone screws up and it does happen...

PLUS at least 2x as many "gang affiliated but noncombatant associates" of the faction and AT LEAST 3x as many unaffiliated locals colocated near the faction!

It's extremely expensive monetarily to let locals tear up your stuff, but even worse is the price in innocent blood of people who didn't do anything wrong!

I'm not saying i agree or disagree with any of this... I just have a grasp on the strategic calculus behind it BTW.

By protecting your stuff and people ferociously and proactively you're actually protecting innocent lives as well... In the life of a soldier, sometimes that's all the comfort available to you.