A Police Probe is underway into the Capitol Police response
in the Congressional Shooting, in which the unit was sent to
Nancy Pelosi's residence instead of the field where the shooting
was taking place.


the department's tactical team, including officers in the Capitol Police Containment and Emergency Response Team units, had initially been directed to the D.C. residence of House Minority Leader Nancy Pelosi -- not the Virginia baseball field where the shooting occurred.

The report points out that the team did ultimately arrive at the field, but said "it's unclear how much time the unit lost because of the mix-up."

This would seem to explain the seemingly long response time to the
the Virginia ball field, however really leaves more questions unanswered.

Yet another stange set of circumstances in this tragedy.
Is there possibility of foul play?

She was probably dealing with the many revenge killers out there, many still not caught who vowed to start killing dishonest politicians and media personalities. You will hear about them eventually.

Thats why they headed there. She proved how scared she is by having this response programmed.

Took them too long to get there as well. She would have been long dead.

One guy with a hunting rifle can make 100 security team members into blood sponges.

If I had to wager a guess the crossed wire occurred because of the people involved. Rep. Steve Calise is the Republican Whip and gets a security detail. If the notification went out its possible they took leader to mean Pelosi. Just a guess,

Another article on the incident said there's a chance that the wrong emergency code was sent to the CERT team, and that's why they took off the wrong direction.

Investigators are still reviewing how and why the initial misdirection occurred. One possibility being reviewed is a transponder mix-up, or a transponder code being used for the wrong congressional leader, said the people familiar with the events.

Someone might've assumed that she was next.

She got verified threats.

The military since Obama has been hiding the fact that there is now a shadow military in uniform and not, retired and active, that secretly is waiting for a go order.

There are the provocateurs they set up. Its a full operation.

There is no need to hide it anymore.

I suppose it could be just an odd coincidence.

But seems the dots should have connected that
a shooting at a baseball field would not be going
down at Pelosi's house...

Not saying the Police were at fault....

They have standing orders. In a riot they will head first to a federal reserve building or major bank branch in the area, state buildings and such.

Once these locations are secure they move onto perifferals and cordon off people.

What will happen is that this tactic will lead to explosives being used to effectively reduce the number of officers by a third in some cases or more by their huge concentrations.

Next time, someone will shoot in point A so when police respond, they will shoot an intended target in point B or C.

The national guard wont get there in time.

A riot will turn into a millitary occupation by irregular forces in a medium to small city.

Instead of waiting for the CIA or FBI to start one like they tried in Chicago recently and in 68.....a real riot will be started and security forces will be spared where possible, but they will die in large numbers causing a mass morale challenge.

There arent enough cops and soldiers. This is already lost. They need to rethink things before people are committed to do what is already, "probably" prepared.

The real targets arent in uniform, and these people dont miss.

I'd love a source for all this.

That is the most likely explanation,
though I am glad they are investigating,
Just to make sure there was not foul play.

originally posted by: tadaman
a reply to: Shamrock6

Yea, thought as much.

Back at ya, champ.

Not trying to be a dick. I just am not going to tell you. Fair enough?

Because argo nunya is the picture of "not trying to be a dick" right?

Its not a picture.

Its none of your business. And everyone who asks can go.

Do you want me in pain or removed of liberty or at the ass end of a bat?

Next time I will leave it as a surprise so if it happens you wont know how to respond.

You can forget about knowing the useful rest of it.

Good question, I assume it is possible.

Also wondering how much vulnerability there was
with the House IT being compromised by the Awan Spy Ring?

Good question, I assume it is possible.

Also wondering how much vulnerability there was
with the House IT being compromised by the Awan Spy Ring?

The e911 system is the only thing keeping phone companies solvent- IT folk at phone companies are overworked and underpaid. Wouldn't take much to bribe one for network level access.
From there, it's just a matter of having a halfway decent hacker. 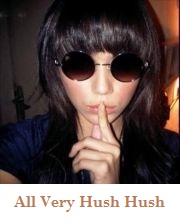