Bush was a Mass Murderer. He should be given the electric chair?

They're mass murderers responsible for what half a million dead.

What should the sentence be? What form of capital punishment should be administered to the Bush Administration?

Bush's rampage of mass murder initaitives across multiple nations would technically be a singular 'streak', that is they amounted to one single spree given the lack of 'emotional cool down periods' (breaks between active body counts) between events.

In the case of Cheney he is a "Serial Mass Murderer" since he had his hands in multiple mass murder 'spree' events over a period of many decades.

I dont really see how a quick death would suit the perpetrator of hundreds of thousands of deaths. What say you?

But they brought freedom and security to the region and removed weapons of mass destruction....

Every country we've intervened in the past thirty years is better off with our freedom projecting bullets and bombs.

It's nature balancing itself out.

My favourite part of the Iraq war was the aftermath we see today everyone warned of came to pass, almost exactly as it was described long before the invasion.

Almost as if it was planned out that way...

originally posted by: stosh64
a reply to: IgnoranceIsntBlisss

Half a million lives and trillions of dollars makes anyone else look better.

And this infographic merely attempts to put the losses on our side into perspective: 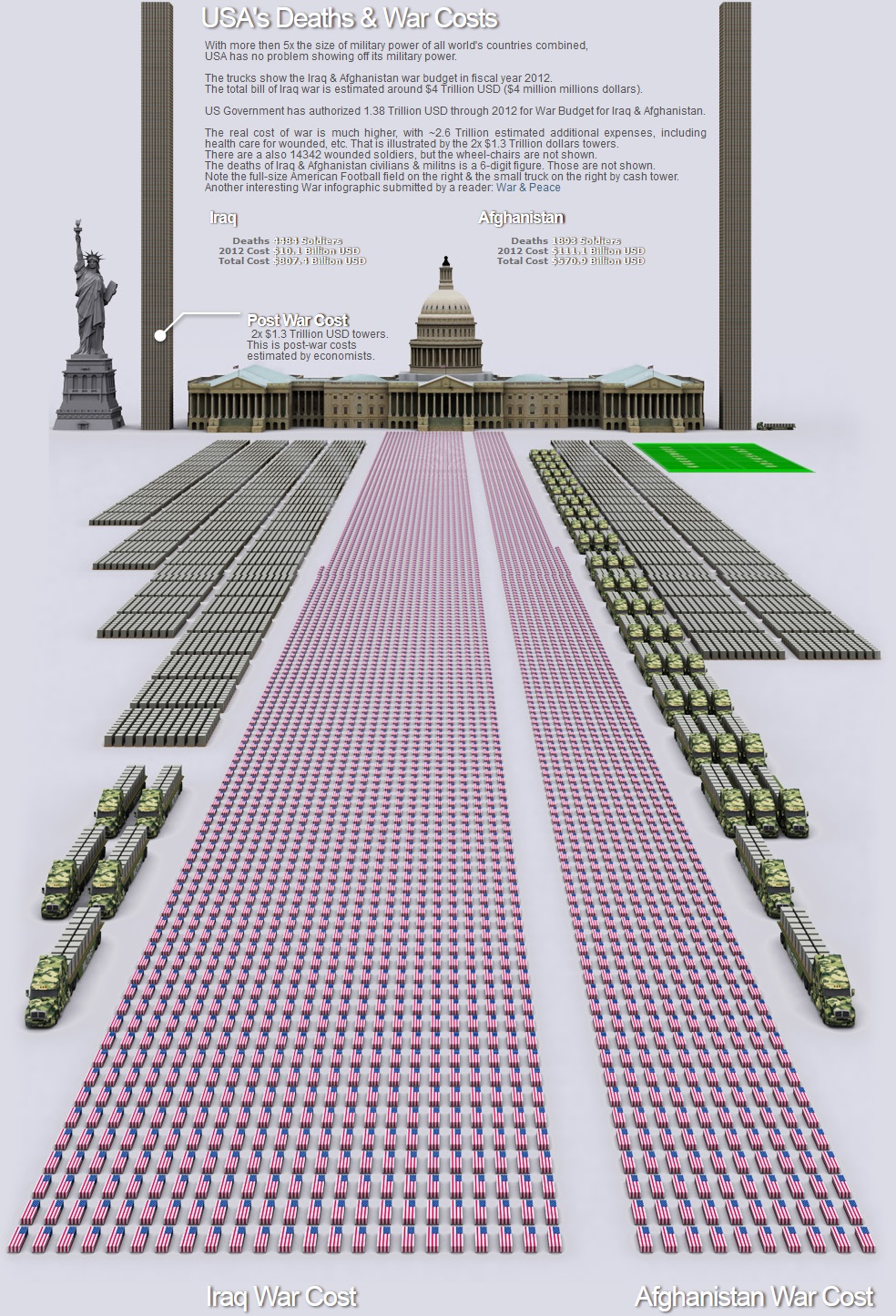 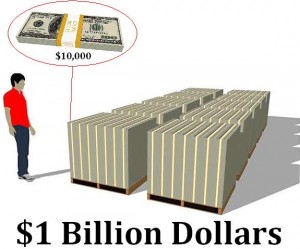 There are a lot of things I can criticize Bush for, taking Iraq off the table as the primary pain in the ass in the Middle East isn't one of them. Yeah, he was teeing off in retaliation for his old man's failure there, but regardless, it was time for Huessein to go.

ETA: My main criticism of Bush in regards to Iraq was "Why did we put troops on the ground?" We had the ability to end that war, take out Saddam, and complete the mission without putting a single US life in jeopardy, so why didn't we do that? Hell, daisy cutter the country from tip to tail until Saddam was handed over to us, put a bullet in his brain pain, and return to the states, mission accomplished. Instead he fought the war poorly, opting to turn something that is supposed to be as cruel and barbaric as possible for it to be effective, war, into a "kinder, gentler" conflict. Ridiculous! If you're mad enough to drop bombs, then there's no need to be apprehensive about fighting the war purely with victory as your goal. The winning hearts and minds and being liberators was foolish.
edit on 31-7-2017 by burdman30ott6 because: (no reason given)

posted on Jul, 31 2017 @ 08:17 PM
link
Are you also advocating death by electrocution for mass murders from the Democrat party or just for Republican mass murders?

Think about it though. I have. If Gore/Kerry had gone into office, they might not have disregarded the warning signs, and out and out statements of binladen, that there would be an attack. They might have acted to stop it.

And if it occurred anyway, they might have retaliated by going into Afghanistan looking for BinLaden, (based on the intelligence we had at that time) but I doubt that we would have gone into Iraq like gangbusters, like we did. That was the Bushes baby.

I know it's all behind us, and what's done is done. But there might not be an ISIS right now, you know?
Just a thought. I know it doesn't matter now.

I know it's all behind us, and what's done is done. But there might not be an ISIS right now, you know?
Just a thought. I know it doesn't matter now.

Half a million dead but oh well what's done it done?

Well even IF everything going on over there in Iraq etc ISIS that and the other...

Is there a statute of limitations on murder?

Oh my goodness. Did you miss my point on purpose?

Someone doesn't bow to the Federal Reserve / American Empire and we just go in and blow them up? And nevermind the collateral damage just so long as US troops dont get kilt?

You trying to get a seat on that war crime tribunal? I'm only half kidding because it's the support of the MSM / parrots / ideologues that allows the million plus dead per decade cause by American Imperialism to perpetrate decade after decade.

Unfortunately, I see that set of words set to excusing the political serial / mass murderers around here all the time.

Unfortunately, I see that set of words set to excusing the political serial / mass murderers around here all the time.


Sorry. I'm not going for your strawman, which is all this is. Find another sucker.

My point was and is, things could have and should have been different. If you are calling me a mass murderer, than may I invite you to GTH.

eta: You edited your post. Can't say that I blame you.

Do you support the mass murder agendas of the political serial murder meglomaniacs (any of them)?


I was merely seizing the opportunity to bring that set of words as often used into this perspective.

Do you support the mass murder agendas of the political serial murder meglomaniacs (any of them)?


I was merely seizing the opportunity to bring that set of words as often used into this perspective.


Then you have failed. Good evening.

posted on Jul, 31 2017 @ 08:54 PM
link
You better bring a lot of rope,
Bush had permission from both other branches of government.
Tony Blair got a positive vote too.

Then there is the fact bush's replacement didn't end the war in his eight years.

There should be a hell of a lot more fingers being pointed than the one you are pointing at bush.