In 1962 woodsman David McPherson Sr. found himself deep in the forest of Lutes Mountain, some 15 kilometres west of Moncton, N.B., staring upwards at a 181-kilogram white box with cameras and hanging from a tree by a deteriorated parachute. 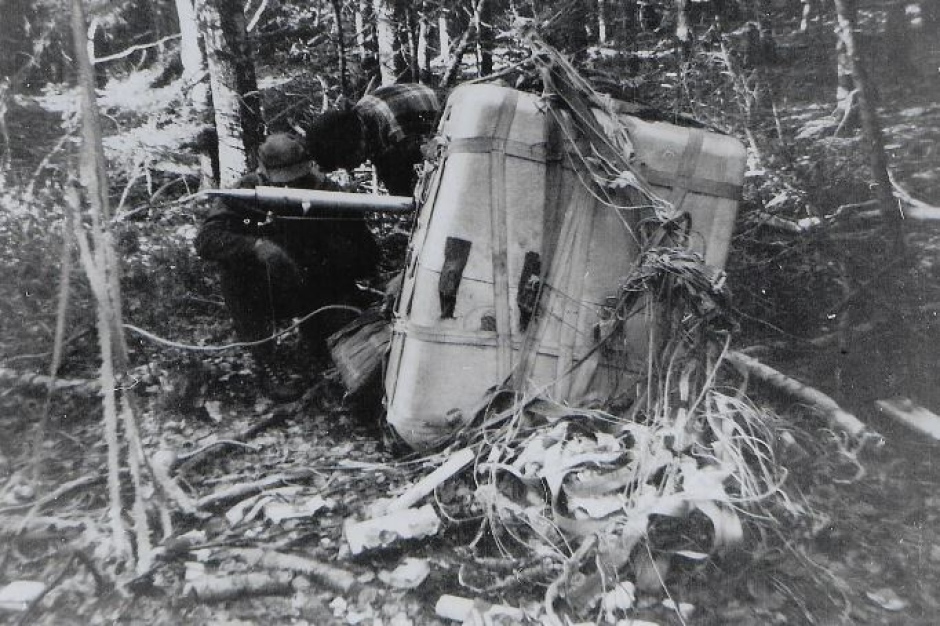 So he ended up contacting the RCMP and they basically ignored it. He went back into the woods with some friends and built a makeshift road to haul the thing back to his barn.

They didn't want to open the box fearing explosives, and apparently a large antenna was rigged to a blasting cap in order to extend it. 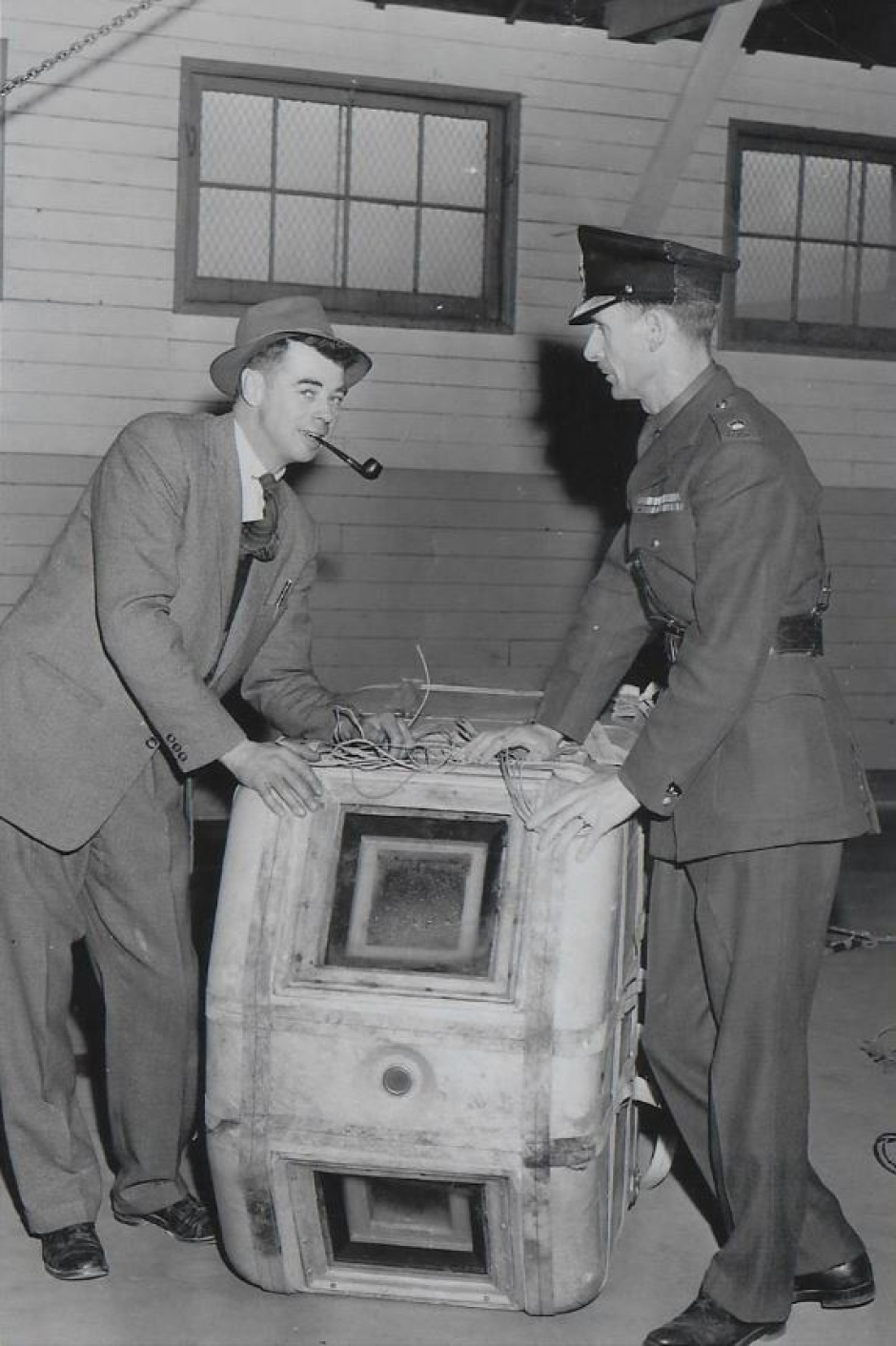 When McPherson Sr. was gone the military showed up and tried to take the thing, but his wife apparently chased them off and later opened the box. She claims inside she found two cameras, and about a dozen bottles of clear liquid surrounding the lenses. The also found writing that wasn't English.


"But it wasn't in the English alphabet, she thought maybe Russian, but she didn't tell dad she'd opened it that day," McPherson said.

The next day the military came back to the McPherson farm, this time with a different strategy.

"They took it with promises of, 'You'll be there when it's opened' and, 'We'll let you know what it was and who owns it,'" said McPherson.

"But once it was on the truck, that was all gone. And so was the thing. They took it away."

That was the last time the family heard from the military on the issue, despite two rejected access to information requests to the Department of Defence in the years that followed.

So what was it? Some kind of surveillance balloon? I figure someone here will have a good idea. What were the clear bottles? Why wouldn't the RCMP be more interested?

HA! Looked into it more and the mystery was solved. CIA.

Declassified documents from the Central Intelligence Agency and the National Security Agency in the United States reveal the origins of the white 181-kilogram box found hanging from a rotting parachute in a tree near Moncton in 1962.

It turns out it was a high-altitude balloon-mounted spy camera developed in part by the CIA to secretly photograph Soviet Russia.

Which is simply an extension of don't trust anyone you can't personally retaliate against.

Don't trust anyone who has nothing to lose from screwing you.

Someday I'll find the perfect way of wording this.

I wish I knew what was in that box.

I would love to take credit for IDing this, but honestly I just stole the answer from the comments on the article

originally posted by: Domo1
a reply to: lordcomac

Dang, I wasted my time reading all those comments for nothing!

I should have figured the answer was in the comments!

If the writing wasn't in English....Russians doin the North America tour from above....as they should, should be expected, not in an aggressive way on Russia's part

The bottles may well have been something to do with the temperatures at altitude. Lenses could frost up or get condensation at high altitude so the liquids could have been some way of moderating the humidity and/or temperature in the (presumably sealed) box. It's a stretch!

Its design certainly lends the lie to popular claims of super secret advanced tech being decades ahead of normal goods. It looks 50s.

I grew up 2 miles away from their farm and went to school with their kids . I had never heard of this story ..thanks for posting .


Could be Instructions for 'allies' to launch and or retrieve the spy cam.

The bottles may well have been something to do with the temperatures at altitude.

I suppose anything's possible. There used to be rewards in the US for returning various types of balloons to local military bases.

originally posted by: intrptr
a reply to: Kandinsky

Yes, I knew that. I mentioned rewards in relation to your comment about it containing a note for allies.

originally posted by: Blastoff
a reply to: intrptr


They would have gone blind from that brand of alcohol, used as ballast to adjust altitude because it doesn't freeze.

The bottles were indeed ballast. Domo's phrasing left me with the impression the bottles were *inside* the box/gondola when they were actually hanging below it.

There were some conversations about the CIA "useful idiots" floating around in 1962.
All part of the food chain to fund future tech, satellites, cell phones etc.
What was that James bond movie "from Russia with love" about in 1964 ?
edit on 30-7-2017 by Cauliflower because: (no reason given)