These materials seem to hold up on the model runaway, why not on an aircraft carrier runway?!?

Good enough for the bedroom, why not out there on the Korean DMZ?

Plastic ought to hold up even better to a good old fashioned rifle buttstock smash to the face, yeah?

This platoon will surely scare the bejeezus out of ISIS! 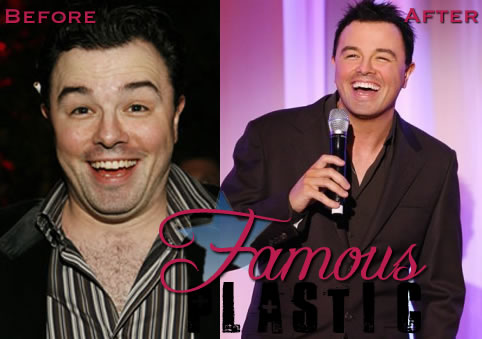 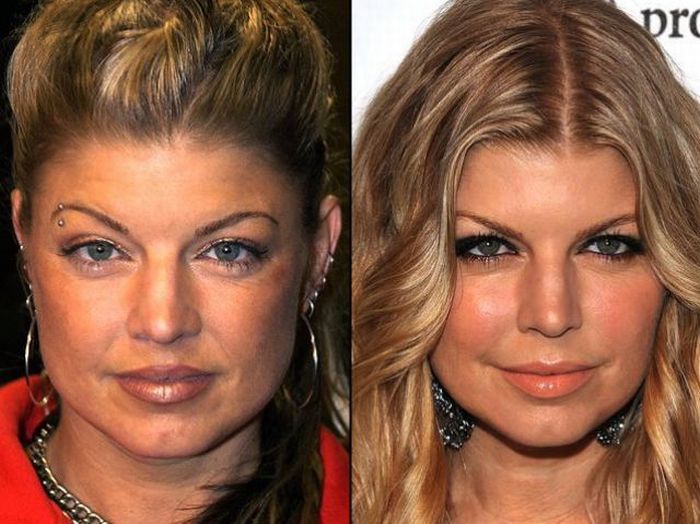 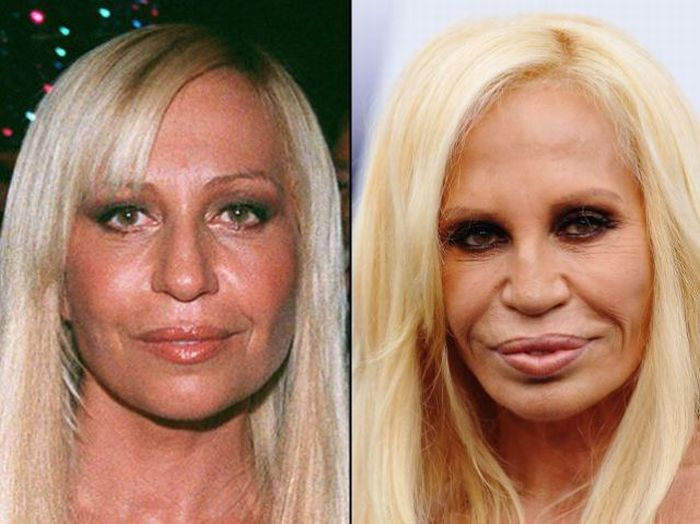 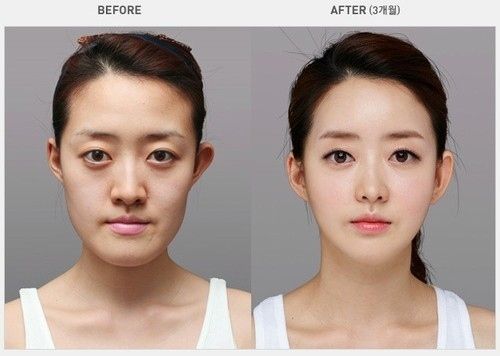 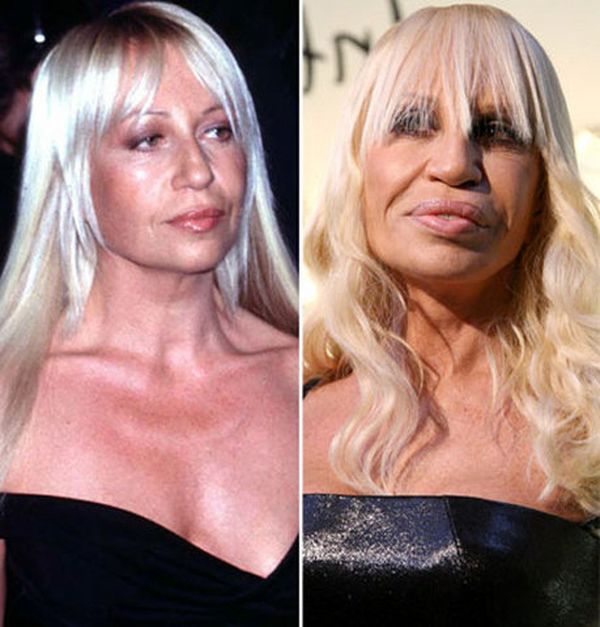 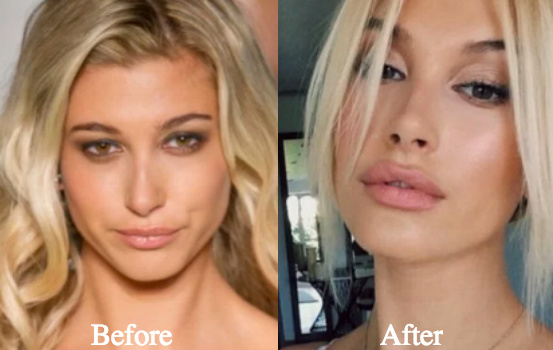 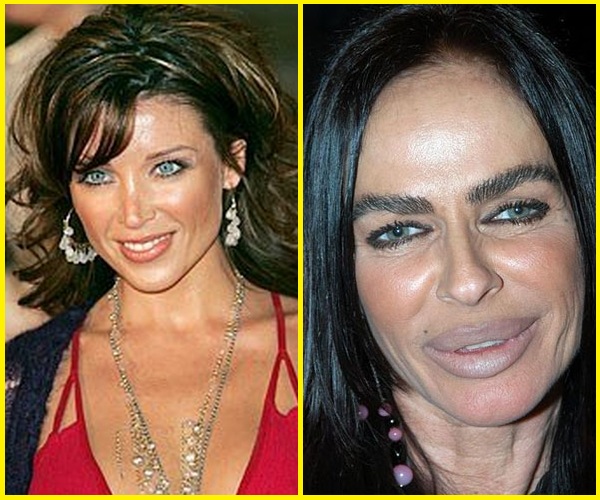 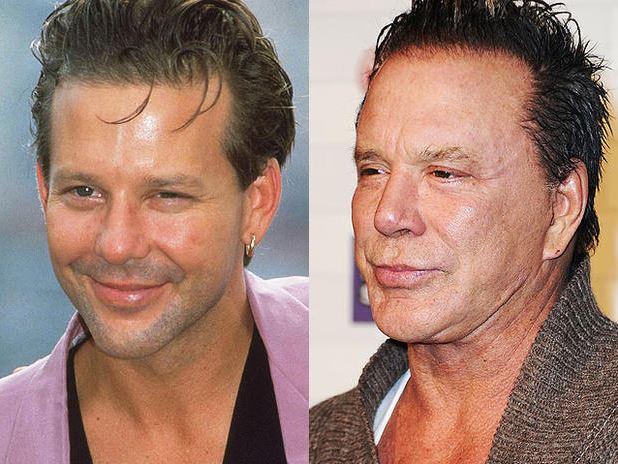 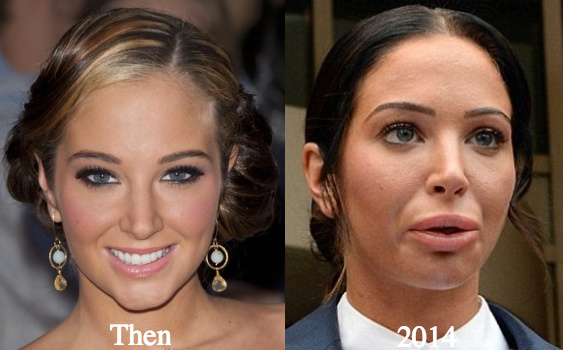 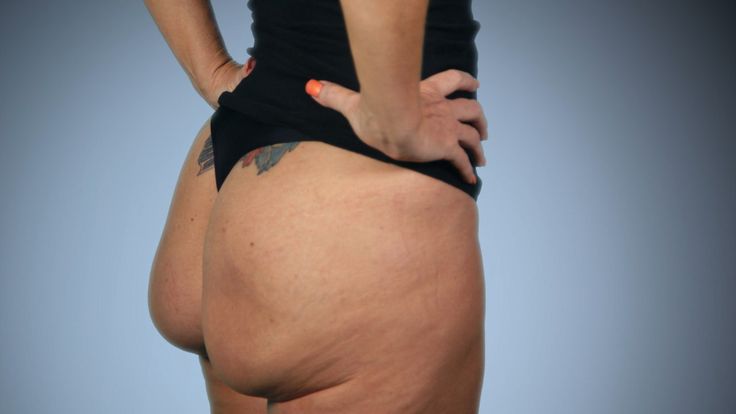 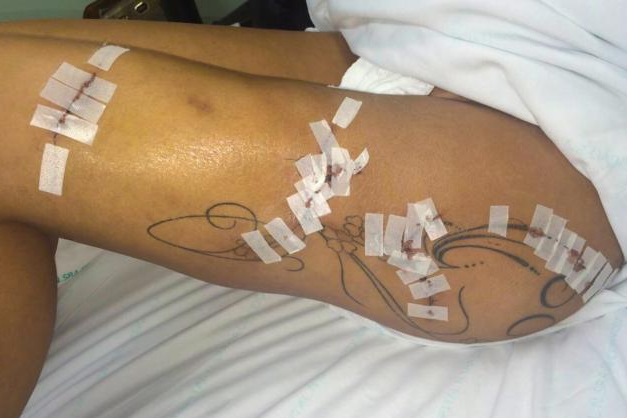 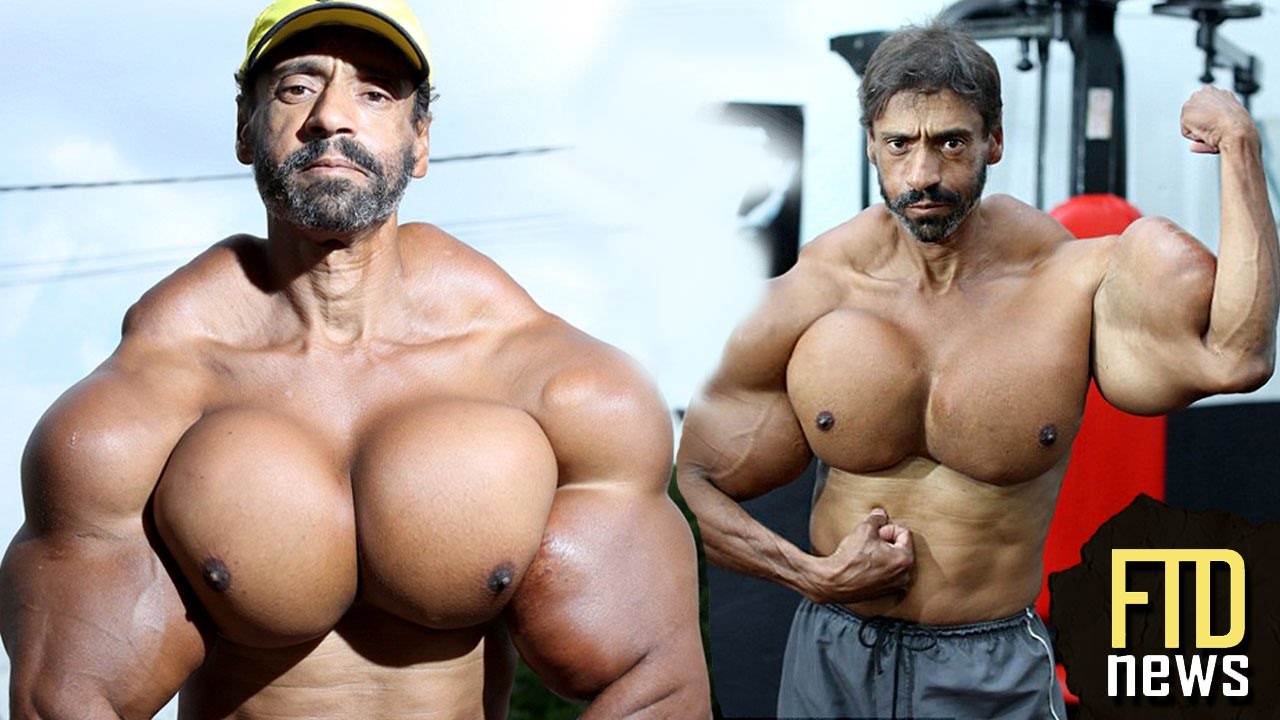 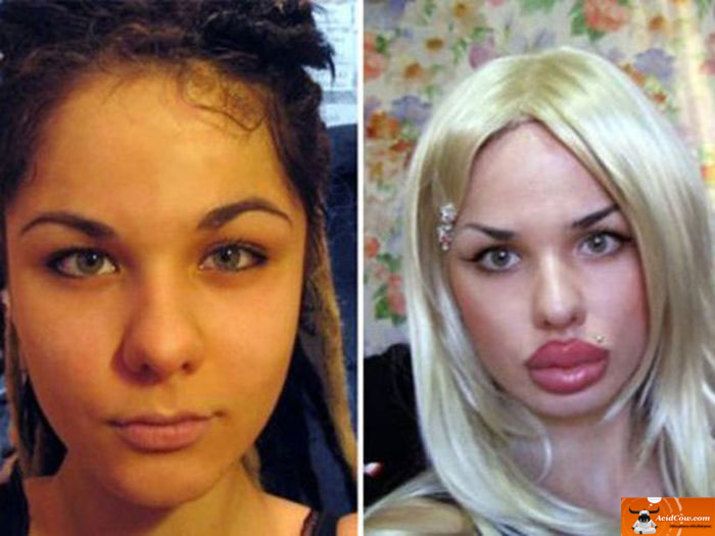 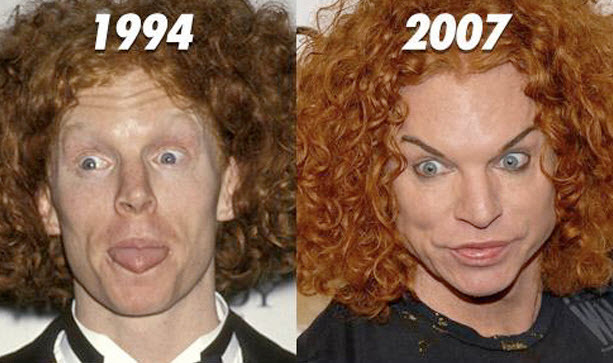 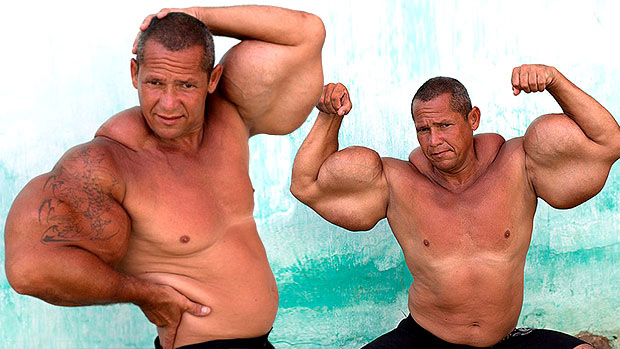 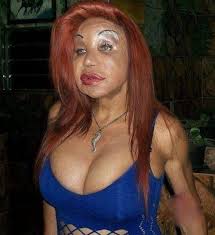 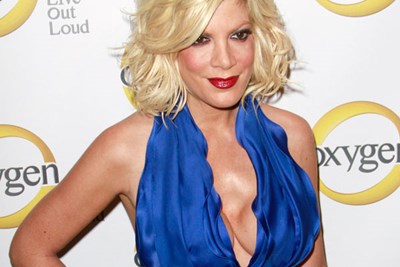 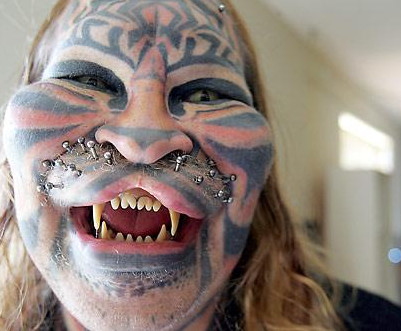 Now of course you may try to spin this as me being absurd, but the genital mutilation for transformation surgeries by their very nature are the stuff of some of these bang up job examples, and every bit of that and more can go wrong. It can take literally years for some people to never fully recover.

So before you go blindly and obtusely supporting something, you might read all up on it and think it all the way through. Here's some good places to start:

RESULTS: Progressive obstructive voiding disorder due to meatal stenosis was the main complication observed in 40% of the patients, feasibly corrected during the second setting. Stricture recurrence was found in 15%. Stricture of vaginal introitus was observed in 15% of the cases followed by 12% and 8% of vaginal stenosis and lost of vaginal depth, respectively. Rectal injury was seen in 3% and minor wound healing disorders in 33% of the subjects.

CONCLUSION: Regarding male to female GRS, a review of the current literature demonstrated scarce description of complications and their treatment options. These findings motivated a review of our surgical outcomes. Results showed a great number of adverse events, although functionality preserved. Comparision of our outcomes with recent publications additionally showed that treatment options provide satisfying results. Moreover, outcomes reaffirm penile inversion vaginoplasty in combination with glans-derived sensate clitoroplasty as a safe technique. Nevertheless, discussing and improving surgical techniques in order to reduce complications and their influence on patient's quality of life is still strongly necessary and theme of our future reports.


Sex Reassignment Surgery: When Things Go Wrong
...
...
...
My Surgeon Doesn't Know How to Fix It
Then, seemingly, neither does anyone else. My SRS surgeon attempted to fix the two-inch tear in my colon while I was still there, the repair failed in less than twelve hours. Next, a colon-rectal surgeon was found in the nearest large city and brought in to look at me. He aborted his attempt to repair the defect and instead, performed a full colostomy.

I flew home to Michigan with a bag attached to my abdomen and thick pads between my legs to soak up the blood.

A local colon-rectal surgeon, persuaded to see me by my primary care physician, was upbeat. Each time I went into surgery with him he would encourage me, saying "this time we'll get it". Coming out of surgery, my spouse Cindy would hear from him how well it went and that he was "optimistic this time" the closure would take and a new defect would not open up.

Another surgeon who has had some success with other fistula patients seemed promising, but eight months later, under the pressure of a barium test, that repair too, failed.

I have had stitch-overs, mucosal flap advancements, and pelvic floor muscle mobilization; each new approach diminishes what viable tissue I have for another attempt. I have tried to go into every surgery with a realistic outlook; multiple failures however, become difficult to bear.

Still, I am one of the fortunate ones with this complication; I stand a chance, albeit small, for an eventually favorable outcome. Many transwoman are not able to find a colon-rectal surgeon who is willing to work on a transperson, much less "someone else's problem", nor do all of us have the means.

Even if you are fortunate enough to locate a doctor--and in my case, privileged to have insurance and financial means to cover remedial procedures, then there is still only a slim chance for alleviation of this humiliating and debilitating condition. One surgeon, out of frustration no doubt, finally washed his hands of me saying, "well, you did this to yourself".


Who Are The Ideal Candidates For Sex Change Surgery?
The patient must have good Body Mass Index. Their weight divided by the square of their height should give a value between 20 and 25. Being overweight won't necessarily exclude a person from surgery, but a stable weight category definitely helps as the excess fat tissue in and around the operating area of the patients body only adds to the surgeon’s troubles.

The patient must not have any sort of a bleeding disorder, high cholesterol, high BP, obesity, arthritis, diabetes, severe allergies, coronary and pulmonary diseases and severe depression.

The patient needs to have a positive outlook and realistic expectations as no surgery is perfect. For example, many people who undergo Surgeries involving the Breast tissue start regretting it a few weeks after the surgery seeing the red, swollen area but they must understand that all this will eventually pass.

What To Do Before A Sex Change Surgery?
-Gender identification is the first, most essential part of the procedure. The transperson has to identify themselves as belonging to either of the 2 sexes and hence undergo the procedure in order to become more like that sex to maximum possibility. The identification can be done by themselves after reaching a certain mental maturity or should be done by the doctors even when the Trans babies are born.

-At the very start, when the trans person first goes to consultation, he/she has to introspect within themselves and be doubtlessly sure that they want to undergo the procedure as a procedure like vaginoplasty is irreversible. A person entering into such a procedure without appropriate forethought, will be emotionally and psychologically overwhelmed after.

-The patient will have to quit smoking a few weeks prior to surgery as nicotine slows down the recovery. Patients needing nipple grafts should not consider smoking at all as nipple tissue is extremely sensitive to Nicotine and the graft might get rejected otherwise.

What Is The Post Operative Care For Sex Change Surgery?
Male To Female Surgery Care:

After 3 days in the hospital for the surgery, for the recovery time, the patient has to stay in the area for 10 to 12 days.

The patient can perform light work in 4 to 6 weeks. Strenuous work and exercise can begin by 6 to 8 weeks.

Dilation (stretching the vagina walls periodically) should be done as per the surgeon's after care instructions, with a frequency of twice a week till 13 weeks.

A good dilator that is large and comfortably fits inside the vagina should be used.

The vagina should be douched (cleaned in a particular way) as per surgeon’s instructions.

Painkillers according to the surgeon's prescription should be administered in the different stages of healing after the gender reassignment.

After 2 days in the hospital, the patient will have to stay in the area for about 5 to 6 days.

Small work can be resumed in 2 weeks. More strenuous exercise can only be started after 4 to 6 weeks.

A compression binder might have to be worn during the recovery stages for 6 weeks. It primarily depends on the surgeon's advice.

There will be less than moderate pain after surgery for a few weeks depending on how the surgery was done. This will be taken care of by the surgeon who will prescribe necessary painkillers.

Sutures in the top surgery will be removed in about a week.


What Are The Realistic Expectations From A Sex Change Surgery?
Sex change is not a short term procedure. While the surgery lasts only a few hours, the duration for a complete sex change, in both psychological and physical terms, can take upto a few years. Gender is a prime identity of any individual, it defines his/her preferences, lifestyle, habits, and so on. Hence, the decision to undergo the surgery should be taken with much consideration.

While more than 97% individuals undergoing the surgery find gender reassignment results satisfactory, it is best to be sure about the resulting effect of the treatment before undergoing it.

Since the surgery is irreversible and lasts for a lifetime, you should consult in detail with your doctor whether you are an ideal candidate for the surgery.

The procedure is ideally suited for two types of individuals; for those who were not biologically assigned a gender at birth, or those who do not feel comfortable with their current sex. Generally, such people do not wish to be associated with the gender that they biologically posses or have a gender dysphoria.

Thing is, those citation are specific to sex change treatments. Then there's hormones, boob jobs and all the rest I suspect the typical 'proper' transformative case transgenders go for too. No?

And for perspective, here goes the Military's list of stuff they tend to exclude normal people for:
www.military.com...
edit on 27-7-2017 by IgnoranceIsntBlisss because: (no reason given)

I will read the rest of the OP after I scrub my eyes from looking at those.....things.....

posted on Jul, 27 2017 @ 05:53 PM
link
My God...I was about to give a quick response as I agree with the absurdity of these surgeries, particularly in the military at the tax payers expense.

I was horrified reading your entire post...wow.

When I was in the academy, boot etc...feelings and opinions didnt have any bearing...why should they now? The military is there to kill and blow s_it up efficiently ...there is no place for touchy feely bs.

If someone cannot accept an order from the Universe, why would they follow another persons orders?

posted on Jul, 27 2017 @ 06:22 PM
link
I really do believe that some countries in Asia are the capital of the sex change industry for they have been preforming the operations and hormone treatments (mostly male to female) for a very long time..
youtu.be...


they still have to show up for the military draft
youtu.be...

posted on Jul, 28 2017 @ 12:30 AM
link
Well this was a doozy. Where's the liberals to rage and scream that's it's plastic peoples right to not be excluded from combat duty?

And shouldn't we all have to pay for trans people to get those other kinds of surgeries?

should be done by the doctors even when the Trans babies are born.

Live and let live. It’s none of your/my/others business.

Live and let live. It’s none of your/my/others business.

Okay Thailand is definitely off my list for male order brides! LMAO