page: 1
61
<<   2  3  4 >>
log in
join
share:
Logarock
+45 more
posted on Jul, 26 2017 @ 06:09 PM
link
Whats not being discussed in the health care debate are the millions of americans paying hefty HC premiums since the implementation of the AHCA. Not only did premiums become many times higher, the deductible are so high that a person paying 10K a year could still easily rack up thousands in bills. Enough to make a person paying big just wince at the thought of having to go to the ER or have tests ect.

All we hear about are those that will lose their insurance if the AHCA is axed. Nothing much about the reality millions of hard working americans face since this monstrosity was passed. Its like a collective denial from the press and our political pushers that this problem is even real. These americans however are the primary reason many "conservatives" are in office right now.

Also even from "new bill" channels we are not getting details of the bill. Like is it still 2000 pages? Did u guys read it and are insurance reps the primary constructors of the new bill? And how is it going to bring relief to americans working 1/3 of a year+ to pay for insurance otherwise?

FissionSurplus
+16 more
posted on Jul, 26 2017 @ 06:14 PM
link
This is exactly correct. The ones who are crying about losing their insurance are the ones who are getting it for next to nothing. What about all the others who can barely afford premiums that went up astronomically? I could NOT ever afford insurance, because I have a pre-existing condition. $1400 per month for me. That's a huge mortgage payment! So I have no insurance.

I just hope that this isn't another "we have to pass the bill to see what's in it" moment. :/ 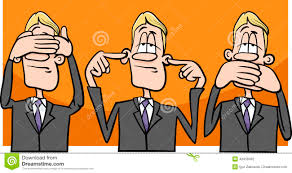 Since most of the people getting hosed are independent, middle class Americans, this seems to be their attitude.

They don't care about us and never have because they know we don't need them, so they would rather reduce us to broken dependents.
edit on 26-7-2017 by ketsuko because: (no reason given)

Before this is over (if history is any indicator), the prices for those paying will remain while less are covered. Stock will jump again and government will move on.

They've all gone through the same. Instead of another 2008 "correction" and bail out, it's easier to shove it down taxpayers throats under some sort of social guise that obfuscates the true intention of the operation.

The AHCA is what Republicans proposed to replace the ACA.

Given that you cannot even get the acronym right, please provide sources to your claims if you want to be believed.

The system may be self-correcting as they dither. There are concierge clinics popping up all over that don't take insurance and instead provide all basic services to members for a flat-rate monthly subscription fee. There is one such down in Wichita, KS. I think it's users pay slightly less than $100/month for all access for basic care.


There are so many "working poor" people in America, that 70% of the people who buy ObamaCare health insurance pay less than $100 dollars a month. Taxpayers foot the rest of their $1,000 a month premium, via APTC...aka monthly "subsidy".

The biggest problem is the person or family who earns over 350% of the Federal Poverty Level. ($42,210 for an individual, $86,100 for a family of 4). They get no subsidy, or very little. The entire premium is their responsibility. People above these incomes, with no job insurance are either uninsured, have a Temp plan, or have enrolled in a Christian health plan. (Christian health plans are exempt from ObamaCare rules and mandates.)

It stinks of the ACA all over again. The lobbying that must be going on right now is going to make republicans rich (more). Selling out the American people is what health care is all about.

With many many countries around the world doing a much better job at a much much lower cost (and covering everyone) It is not rocket science, it is the power of the corp that is human.

I'm aware of them and they are used on occasion. It's incredibly remarkable how much the actual costs can be without insurance compared as with.

queenofswords
+3 more
posted on Jul, 26 2017 @ 06:25 PM
link
I don't have the answers. ObamaCare is one big fiasco, but once a Big Bloated Government Slush Program goes into affect, it is hard to get rid of it.

Typical of the Dems, they were not concerned with average working middle class families when they foisted the ACA on Americans. They pander to those that want or need government assistance. To hell with the rest of us!

We have reached a time in America where the backs are breaking for middle class working families. They pay through the nose so the poorer segments of society can continue to receive benefits.

And, of course, that keeps the less productive of society voting Democrat. Obama expanded Medicaid to include people earning anywhere from 133% to 200% over the poverty level!! Do you think these folks are ever going to give THAT up without a fight.

Medicaid was never intended for them. It was intended for the neediest among us, but Obama expanded it and now hard-working people that pay for their insurance have to suffer extreme increases in their premiums and deductibles to pay for those that get these subsidies.

Gawd! I hate the Democrat party! They always use a sledge hammer to pound a tack, charge an arm and a leg to do it, then expect YOU to pay for it.

We fall squarely in that category, and we live in fear that husband's company might drop the insurance every year.

We've looked at things from every angle, and Obamacare will bankrupt us. And I need to have coverage or I will likely lose my capacity to hold down a job at all without care even as well-maintained as my migraines are. We even looked at the numbers on legally divorcing and staying together that way. I would have to get Medicaid which is a deal breaker.

So, yes, Obamacare would destroy us as it is, and if it would bring us down, then we can't be the only ones.

We are being forced to the gov't teat in that regard. The only active policy that I see is the continued hollowing out of the middle class.

There is no answer until we get a grip on COSTS.


Priced controls and clipping the medical giants wings is the only solution. Anyone who thinks there is a legislative action that can magically make premiums $400 a month with out cost controls is not paying attention.


I would LOVE to see President Trump sit down with Democrats/Republicans and propose the plan I keep promoting here on ATS and to anyone who listens. The public and Democrats would LOVE it! Not the most conservative Republicans, but you can't please every one.

I think when the law first passed, we calculated that I would have to find a full-time job making no less than $20K/year in order for us to break even and most of my pay would simply be to pay for health insurance.

Obviously those numbers have changed a bit by now.

originally posted by: seasonal
a reply to: queenofswords

There is no answer until we get a grip on COSTS.


Priced controls and clipping the medical giants wings is the only solution. Anyone who thinks there is a legislative action that can magically make premiums $400 a month with out cost controls is not paying attention.


You won't get a grip on costs in a marketplace until the actual consumer becomes the direct customer. If that were to happen, they would have to price services into our pockets rather than into the pockets of the government (bottomless) and the insurance companies (near bottomless).

The Centers for Disease Control collects U.S. mortality statistics and publishes them in a database called WONDER. The database is indeed a statistical wonder, allowing researchers to slice and dice U.S. mortality data into segments by age, gender, location, year, cause of morbidity, and many additional criteria.

With WONDER, it is a short exercise to attempt to confirm Wilper’s predictions. Examining U.S. adult mortality in the decade prior to Obamacare’s insurance expansion (2004-2013), the all-cause mean death rate for ages 15 to 64 is 310.4 people per 100,000. The rate is fairly steady over the decade, with a low of 306.8, a high of 313.5, and a standard deviation of 2.2. If extending taxpayer-sponsored insurance to 15 million people since 2013 has resulted in 21,000 fewer annual deaths, then the mean death rate should decrease from 310.4 to approximately 300.

Returning to the WONDER database for 2014-15 numbers, one finds the mean death rate is … 320.4. Well, that is unexpected. Since Obamacare provisions extended insurance coverage, the death rate has substantially increased, by more than 20,000 deaths per year.


A correlation does not prove causation, of course, and since we believe health insurance reduces mortality, there must be a coincident event causing the spike in deaths since 2014. And there is an apparent scapegoat. An opioid crisis has gripped the United States since Obamacare insurance expansion was implemented.


An interesting read.
edit on Wed Jul 26 2017 by DontTreadOnMe because: trimmed overly long quote IMPORTANT: Using Content From Other Websites on ATS


Since the Republicans are turning out to be back-stabbers, the only hope for those in your category, is that ObamaCare's death spiral accelerates. If President Trump does what the Federal Courts said to do, and turns off the "Cost Sharing Reduction" subsidy that health insurance providers receive for people who earn less than 250% of the FPL, that would do the trick!

This was going to happen with or with out Barack (can't use his middle name) Obama's goat screw ACA. The predatory US medical system cannot offer efficient affordable quality care-profits get in the way.


For profit will make medical care un-affordable. It can not work, will not work. And the ACA just accelerated the crash that we will see in the next 3 years if the republicans who have taxpayer funded care for life can't get it done. And they can't.

We fall squarely in that category, and we live in fear that husband's company might drop the insurance every year.

We've looked at things from every angle, and Obamacare will bankrupt us. And I need to have coverage or I will likely lose my capacity to hold down a job at all without care even as well-maintained as my migraines are. We even looked at the numbers on legally divorcing and staying together that way. I would have to get Medicaid which is a deal breaker.

So, yes, Obamacare would destroy us as it is, and if it would bring us down, then we can't be the only ones.

If the AHA didn't exist, why would it be better for you?