Who is a better member of society??

A) a man who is an excellent husband, friend and father who is just atrocious at the 9-5 thing.. can barely keep a job, if they can keep it at all..


B) a man who is an excellent employee and buisness man who is just atrocious to their friend and family..

What should society reward and revere?

Which one would you want as your next door neighbor??

Imho we are doing it completely backwards...

How is some CEO who is just horrible to their family, considered a pillar of the community, while your average person who devotes his entire life to his friends and family but is bad at buisness is considered a drain on society???

Why is it one of the other?


Why should society have to choose?

Society needs to encourage a balance.

Which one would you want as your next door neighbor??

Which one is fatter and slower? I'm prepping for the end times.

posted on Jul, 23 2017 @ 08:45 AM
link
Why is society broken down to choice a or b?
Nobody is perfect at everything.
Lots of grey area between those choices where most people would fall.

originally posted by: Bluntone22
Nobody is perfect at everything.

Hello Bluntone, pleased to meet you, I'm Nobody.

Cardio!
Nice to meet you nobody...

A choice between the man who cant feed his family or the person who thinks they have everything but yet has nothing. Ill have to give this one some thought. 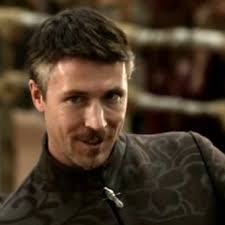 
A) a man who is an excellent husband, friend and father who is just atrocious at the 9-5 thing.. can barely keep a job, if they can keep it at all..

Seems to me that a part of being an excellent husband and father is being a good provider. So the above statement makes no sense.

There's not enough info given to come to that conclusion. Choice A could be a "stay at home Dad". Or his lady could make way more money than him or be incredibly wealthy (aka they live off of their investments). Or their cost of living could be low enough that they don't need the constant paychecks just to make ends meet.

I think it really depends on what his lady requires of him. If the spouse makes way more money than him, she may not need him for income. His most important role in her eyes may be anything from emotional companionship or protection to strictly physical pleasure or an escape from her boring corporate life.

Or it could be the complete opposite. I made more money than one of my ex's, but I was always working because of it. She hated me being away all the time & literally told me she'd rather we be homeless & "romantically" spending time w/each other than for us to be financially secure but always away from each other. I thought that was preposterous... so she left me lol. In short, it all depends on what that specific woman wants & needs.

I'd say choice A. But the reason society rewards choice B more is because society values money and economic gains more than it values virtues. It's the same reason a professional basketball player can make more in a season than a teacher might make in 10 lifetimes, even though the teacher is literally guiding the next generation of society's members.

(But for the record, not every place is like this though. Some pay teachers & other civil servants much more because they're working to serve society's needs. That's why many people covet cushy government jobs, particularly in communist governments.)

What if the family won the lottery?

I based my answer on the information provided.

Seems Man A is in his predicament because of the lack of social skills of Man B.

If Man B were more socially understanding of how to cultivate positive relationships and leadership roles, his business model would probably be able to accommodate Man A into their infrastructure at some level, rewarding him for his abilities (in whatever capacity) to the benefit of the corporate interest and thereby solving the unemployment of Man A, and providing a more holistic and mutually beneficial symbiosis.

A business infrastructure who cannot find accommodation and worthwhile employment for the average good natured person probably has no real business in business.

A Men have a hard time working for B Men.
It offends them at a fundamental level.

edit on 7/23/17 by GENERAL EYES because: formatting, glorious formatting

How can one be an excellent husband and friend and such if they are not working and providing for their family?

If one is not working and contributing to society, then yes they are in fact a drain on society. When you get a large group of those that suck at and wont work a 9-5, then you end up with places like Detroit or any other city slum with high crime. When you get a large group of people that work those 9-5's and contribute to society. then you end up with the nice side of town where houses are nice and clean and there is less crime.

A) a man who is an excellent husband, friend and father who is just atrocious at the 9-5 thing..

If a man is atrocious at the 9-5 thing, then I'd imagine he's far from excellent at the 24/7 things.

Full of #ty people? You know what that's called? A veneer.

Anyway, to the question. Why should it have to come to that? At what point did society degrade into a mass of shlubs who are nice people or people who don't give a # about anything other than themselves and where they're going to get their next piece of green paper? I know that's the way it is, but I am just wondering when it became "ok" for it to be that way.
edit on 23-7-2017 by SpeakerofTruth because: (no reason given)

Good at loving = giving kids security and bringing them up well.

Good at working = teaching the kids morals and ethics. Setting a good example.

I'm going to push my kids to travel but it's not a perfect world and they will need to work.

Yes, usually goes with the territory.

When I was a mega pot head I would have toiled with the ideas in the OP to make myself feel better.

And everything along the spectrum in between of course..

But I think it interesting to look at the extremes on both ends..

Almost every super successful person you hear about was horrible to their families.. yet are considered pillars of the community..

But your average scrub who is great to his is a considered a bum.

And everything along the spectrum in between of course..

But I think it interesting to look at the extremes on both ends..

Almost every super successful person you hear about was horrible to their families.. yet are considered pillars of the community..

But your average scrub who is great to his is a considered a bum.

I would disagree with this generalisation. I would also question what the definition of 'successful' is. Which I guess is the point of the OP.