posted on Jul, 22 2017 @ 11:51 AM
link
Just recently hearing about these HERO T shirt arrests in Turkey is that country's Leader Mr E turning into a dictator ? it sure seems like that to me ? 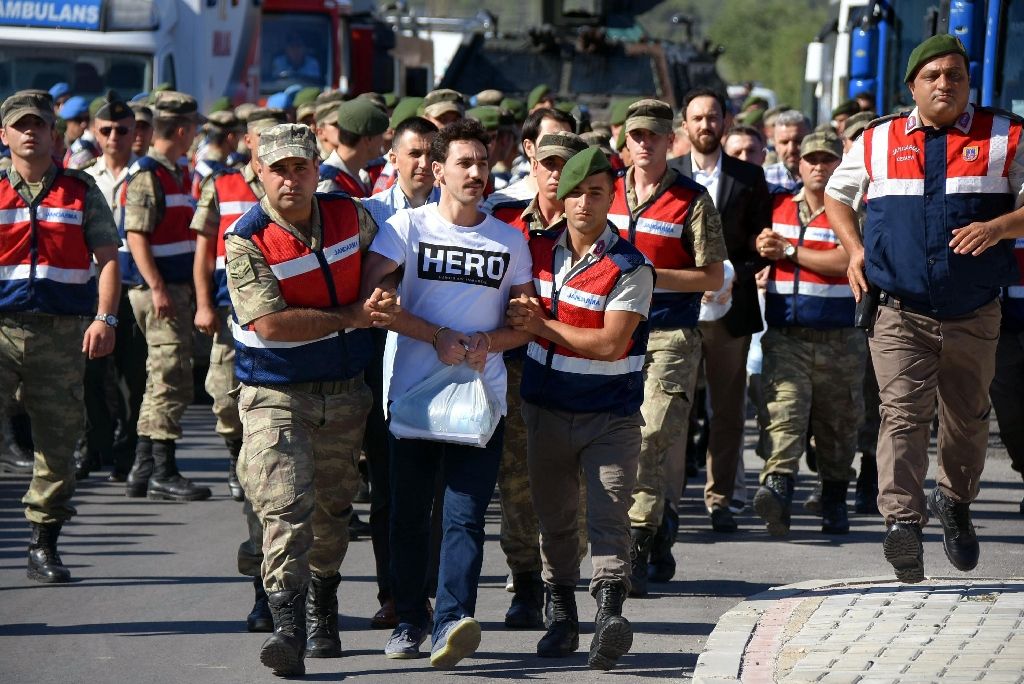 Istanbul (AFP) - Turkish police have over the last week detained at least 15 people for wearing a T-shirt with a slogan the authorities argue is a veiled message backing the alleged mastermind of last year's failed coup.

Police across the country have been detaining people wearing T-shirts with the word "Hero" in English in white capital letters against a black background, with the slogan underneath "Heroes are Immortal".

The authorities say the slogan is a veiled message of support for Fethullah Gulen, the US-based Islamic preacher blamed by the Turkish authorities for the July 15 failed coup aimed at ousting President Recep Tayyip Erdogan.

Just a notice if you are going near Turkey to beware of your attire ? You might end up one of the many thousands locked away.. SHSHHHHHH
edit on 22 7 2017 by skywatcher44 because: Added Link
edit on Sat Jul 22 2017 by DontTreadOnMe because: trimmed overly long quote IMPORTANT: Using Content From Other Websites on ATS

Wow!! It took all of those guys in uniform to bring down one "Hero". LOL

Personally I think people are just loosing it. Its as if many are just going insane and resorting to crazy acts of violence.

Maybe Hero is not in recognition of Mr Magnificent himeself ...

Mr. Erdogan already was a dictator before this happened.