Ħaġar Qim ("Standing/Worshipping Stones") is a megalithic temple complex found on the Mediterranean island of Malta, dating from the Ġgantija phase (3600-3200 BC). The Megalithic Temples of Malta are among the most ancient religious sites on Earth, described by the World Heritage Sites committee as "unique architectural masterpieces." The Ħaġar Qim façade contains the largest stone used in Maltese megalithic architecture, weighing 57 tons.


As an anti-anunnaki theorist I always intend to bring some non-sumerian "ancient civilization" evidence for examination to my friends(ATSrs are considered such), at least for comperhasion if nothing else. I will continue to defend the idea that there is big unexplained mystery(too much megalithic riddles around) left for us to solve. From whom is left and is it exactly aimed to us, or we are just on the right spot at the right time to "read" it, I have no idea, but as every hard-drinking person, the unexplained questions tend stay like a ball in my throat, which bothers me every time I got to sleep... As I've said I am no anunnaki enthusiast at all, but I still find value in some of Munck theories, and believe me I'd give my right leg to know the real social-past of our planet.
I must ask Odin where that darn well which Mímir guards is...

Ħaġar Qim is said to be constructed during Neolithic times but as I don't find anywhere to be presented radio-carbor or other considerably efficient archeological analysis for the conclusions, in fact the megalithic temple complex might turn to be an artifact of a much older Paleolithic civilization. Perhaps the elegant astronomical alignments of the temples and the presence of advanced mathematics in their construction indicate that the island of Malta was once part of a pan-regional (or global) sacred geography, itself formulated by a long lost civilization of high scientific and spiritual achievement(or just another morons like us). To determine the answers to these questions it will be necessary to conduct much more extensive archaeological excavations on Malta and, equally important, at the many underwater archaeological sites known to exist in the waters surrounding the islands. Whatever their ultimate genesis however, the Maltese temples are places of power not to be missed by any adventurous traveller and earth mysteries researcher. 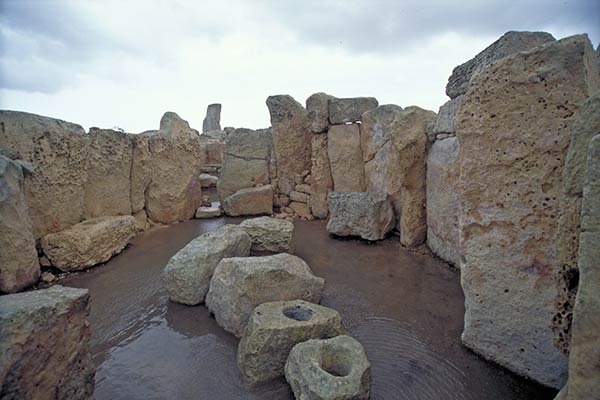 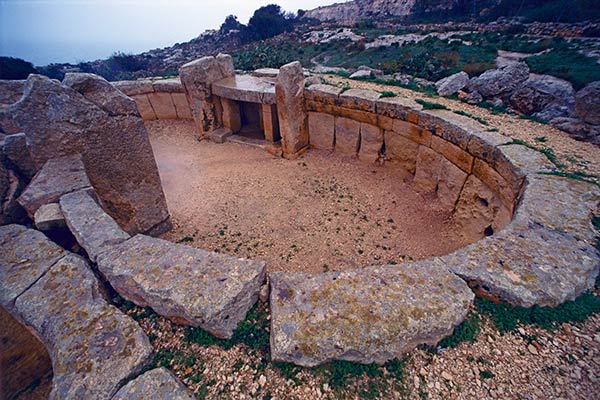 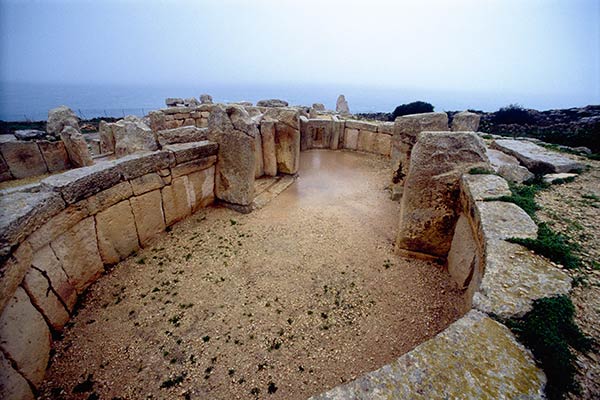 
Consider that the Etruscans and Thracians, to name two continued on in this stone tradition to some degree. Notably in stone tomb work.

Whoever the stone workers were seemed to have been a sea people traveling world wide leaving their influence and/or colonizing effects. Again most noted in the big cairns the left from Britain to Korea and all points in between and inland around the Med.

I was unaware of this spectacular site - great thread AB

I'm not sure where you came across information stating that this I should a Neolithic site. It's actually Chalcolithic )copper age). While no organica were found that could be dated by 14C, the artifacts found, such as they "Venus Earth Mother" statues, are consistent with other Proto IndoEuropean sites of similar age and layout. It was actually dated to the Bronze Age initially because of the more "recent" structures atop Hagar Qim prior to digging deeper in the 50's and 60's.