Authorities in Florida say that a group of teenagers recorded the drowning of a disabled man last week — and did nothing to help as they made fun of his struggles.

Jamel Dunn, 32, of Cocoa, drowned in a retention pond July 9. His body was recovered July 14, two days after his fiancee reported him missing. Late last week, a friend of Dunn's family came across the video on social media and forwarded it to authorities in Brevard County.

There are few words to fully describe the complete disgust I felt as I listened to these sorry excuses for human beings laugh at this poor man as he struggled for his life...while they offered no help, and continued to deride him until he finally went under the water for the last time.

"Get out the water, you gonna die," yells one, while another yells, "ain’t nobody fixing to help you, you dumb (expletive)." As Dunn disappears under the water, one of the teens says, "Oh, he just died."

And to top it all off?

Police said the teens were identified and questioned by detectives, but it's unlikely they will face charges, since they were not directly involved in Dunn's death.

Teens laugh as man drowns in front of them

If the authorities don't charge them with anything, at the very least I hope that the local media plasters their pictures all over the place, and conducts a full and thorough public shaming of these low lifes.

Hey, just had this posted. The link isn't a direct link to the actual video is it?
Or is it the news story?
My thread had to come down because I linked the video.

posted on Jul, 21 2017 @ 01:18 PM
link
I saw something earlier on this but still do not wish to watch the video. I know my hatred will only grow. I agree there should be some sort of charges as their unwillingness to even call for help. That's the least they could do. Very unlikely they will be released to the public because they are minors but if they did they better go into hiding.

I always thought there was some sort of law that you must help in some way. In this instance at least a phone call if one is unable to swim to help.

There's really nothing the police can do to the guys screaming at him, as much as I'd love to see harsh discipline on them. That would be like seeing a car accident and not stopping to call police, then getting arrested and charged because you didn't call anyone.

I have never and would never walk pass another human being in distress. I'm not going to toot my own horn but I have been lucky enough to be in a place to intervene and help/save someone. A normal human being would do the same as me.

The only way this could be excusable is if the people didn't enter the water because they themselves couldn't swim. Judging by the comments on the video I don't think that is the case. However not in a racist way but a lot of black people don't know how to swim.

I think these people are just sociopaths...
edit on 21-7-2017 by GuidedKill because: (no reason given)

"Get out the water, you gonna die," yells one, while another yells, "ain’t nobody fixing to help you, you dumb (expletive)."

This small sample of grammar from the witness tells me everything I need to know about this situation.

Reminds me of The Lord of the Flies. Coming soon to a suburbia near you.

posted on Jul, 21 2017 @ 01:30 PM
link
Oh, I was just reading the other thread and didn't get to the end but a lot of people were asking if this kind of behaviour is 'legal' [i.e they didn't actively do anything wrong].
Well, there is the Duty to rescue:


In the common law of most English-speaking countries, there is no general duty to come to the rescue of another.

[1] Generally, a person cannot be held liable for doing nothing while another person is in peril.

[4] Such a duty may also arise where a "special relationship" exists. For example: Parents have a duty to rescue their minor children. This duty also applies to those acting in loco parentis, such as schools or babysitters.

[5] Common carriers have a duty to rescue their patrons.[6] Employers have an obligation to rescue employees, under an implied contract theory.

[10][22] These laws are also referred to as Good Samaritan laws, despite their difference from laws of the same name that protect individuals who try to help another person.[1] These laws are rarely applied, and are generally ignored by citizens and lawmakers.
[1] Where a duty to rescue arises, the rescuer must generally act with reasonable care, and can be held liable for injuries caused by a reckless rescue attempt. However, many states have limited or removed liability from rescuers in such circumstances, particularly where the rescuer is an emergency worker. Furthermore, the rescuers need not endanger themselves in conducting the rescue. Civil law[edit]

The world would simply be a better place without this scum in it.

Karma is a bitch though, so there is hope.

posted on Jul, 21 2017 @ 01:32 PM
link
I don't even know why people care about a stupid dumb adult who willingly an voluntarily and against the advice of the teenagers in question entered a deep-ish retention pond knowing he could not swim.

The teenagers had zero responsibility for this mans idiotic actions. He is a Darwin award winner plain and simple. Grow up in Florida and don't learn to swim???

The man had a limp, he was probably recovering from an injury he incurred as a trap star. 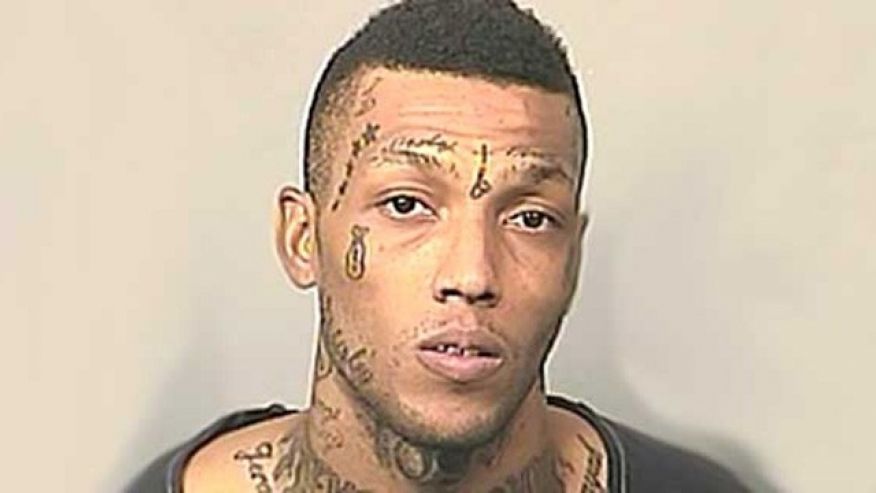 Don't blame apathetic stoner teenagers for this man's demise. The timeline would not have allowed him to be saved anyways. The kids had more sense than Mr. Dunn. Perhaps he was committing suicide?? Has anybody even bothered to ask why a man who cannot swim and is being advised against going into the water by witnesses does so anyways??

Basically he was either an idiot or suicidal. In neither case does he receive sympathy from me.

posted on Jul, 21 2017 @ 01:39 PM
link
I vaguely remember in swim class our instructor said that a person should be aware that he or she may also die while trying to save a drowning person if no floatation device is present.

The panicking, flailing victim will just pull the rescuer under with him...

posted on Jul, 21 2017 @ 01:44 PM
link
there is no punishment on Earth for these "people", but I suspect the next phase of existence will not be a pleasant one for their souls (if they have one).

It's noting you can pinpoint on anything in particular, just awful excuses for human beings. The world would be a much better place without people like this breathing our air.

They should release these teens photos. I'm so tired of hearing teenagers committing adult crimes, abusing children and assaulting adults. They're old enough to know the difference between right and wrong. The system has to stop handling these teens with kid gloves. Maybe if we got tougher on these juveniles and embarrassed them with their photos, more teenagers would think before acting out their disgusting and immoral behaviors.

We really need to teach children in home and in grade school the importance or respecting one another and the sanctity of life. Hell, at the age of 10 my friends and I would have known enough to try to find help or a branch or something to try to pull this man to safety. To sit there and make fun of someone fighting for his life and dying just shows how much disrespect they must be learning from their parents, siblings and friends.

This is murder by inaction, the only thing I can call them is little evil monsters.

posted on Jul, 21 2017 @ 01:53 PM
link
a reply to: HawkeyeNation
I agree they at least contributed to his death by not helping. They could have called 911, clearly they had a phone filming.

How can anybody be so cold and heartless?

Remember your opinion when you need help, darwin awards indeed those were simply an internet joke and became viral with most of there story's being suspect and not necessarily real but this was a real instance in which a man begged for help, a disabled man and these heartless vile selfish kid's would simply not help.

In what type of society do human's stop helping one another - only the absence of a society could explain.
Frankly I find your attitude on this point just as troubling as the attitude of these kid's.

When we stop being appalled at this type of behavior and lack of action to those in need we become strangers to one another and it becomes more and more acceptable and that I must tell you is the road to complete social collapse.

You know in my country 30 years ago people would have all stood up if someone was being attack on a train or a bus and we commented about how people in the US just walked by when someone was hurt in disgust, these day's Our society over here in the UK is on a downward spiral and we have become just like you, someone get's attacked most people turn a blind eye but every now and then someone and NOT necessarily British or even Christian come's to there aid, it is less and less frequent but still far more frequent than in the US, I know you have a divided society, your ancestry is not shared and you have little in common with the guy next door but that is were any nation should realize it has to mend something before it get's any worse.

These kid's are bad for there lack of action BUT they are only a symptom of a far greater problem and so too I have to tell you is your own attitude toward this poor guy and his unfortunate demise.

So you won't ask why a grown adult man with a criminal record who is probably known to the community decides to enter deep water not knowing how to swim, against the advice of the minors everyone is asking to be charge with murder?

In fact, they did all they needed to do to help the man making his own free will voluntary choices. They warned him not to go in the pond.

If these minor's committed a crime in Florida, then perhaps somebody should outline which one, because as it sits, both the police and state attorney's office have confirmed they are guilty of no crime.

The drowning victim is unfortunately guilty of being an idiot.

These kids are nothing but a waste of life.

How flipping sad things have turned in this world.