I laughed when I read the title and would love to see the faces on SNL when this info hits them ...Maybe AJ can come up with a new meme challenge . LOL

#ing hell please i need time to prepare myself before i'm forced to take a look at her picture. I can't stand this woman. I take no pleasure in watching any person(Hillbilly are not included) get humilated but i guess for her i could make another exception. Please let her run and i'll will laugh my ass off. The memes already create themselves.

It's a distraction. As Dem-witted as the Democrats are, I don't think the serious players would dare to consider Maxine Waters as a serious candidate.

I agree with you it will be Harris, she just comes off way to condescending to be electable nationally(imo). Waters is no different they need more of a centrist and someone who won't wilt debating with Trump.

If it's Kamala I'll be here to help with that one too. I'm sure any Dem from Commiefornia will be a big hit with middle America. And, I'm sure Hollywood will be out in full force telling everyone how to vote!

I think she's an ideal spokesman for the leftists.

Who else could capture their sense of government control, their hatred of the Constitution and of freedom?

Imagine all the dirt that will come out from her. She didn't get a multi million dollar house for doing nothing.

God I would love to see her run. She would be like Putin is invading North Korea! hahahahaha

posted on Jul, 20 2017 @ 04:14 PM
link
Likability is a really important factor for a presidential candidate. Candidate A could have much better policies than candidate B but candidate B could make up the difference in likability. If you look at a politicians personality and try to put their policies and things that they have done aside, there is some cross over between republicans liking democrats and democrats liking republicans. That’s where you pick of those votes from undecided voters. I tend to lean right but I actually like Bill Clinton on the surface. Really, I can’t stand him because of what he has done. It’s hard to block that out of your mind but I think there are right leaning people that would agree with me. Similarly, I think a lot of democrats like George W Bush. I used to like him too, but I can’t stand him either knowing what he has done. I mean he goes on Jimmy Kimmel and gets a warm welcome, everyone grinning ear to ear. Lots of people like that guy.

Obama was another candidate that was very likable to a lot of people. I remember breaking down the demographics and found out that the black vote and higher black turnout had almost nothing to do with his victory. White people got him elected. Obama didn’t need a single black person to vote in California, Illinois, New York, or the north east. All the red states would still be red without a single black person voting. All Obama needed was the black vote in Pennsylvania or Ohio to push him over the edge in the Electoral College. Where do they think the switched votes came from? Now white people are racist when they were responsible for electing a black guy. I don’t get it.

Democrats are targeting the wrong audience. They need to focus on winning back some of those swing states. They have such a huge advantage, all they need is a few states like Michigan, Ohio, Pennsylvania, Wisconsin or Florida. If they win back Florida and Michigan then they win the election. Focusing so hard on things like gay marriage and transgender bathrooms just doesn’t appeal to some middle class John Doe in places like Michigan or Ohio. They can still support things like that but they need to put the most emphasis on issues that are going to win back those swing states. They are turning off a lot of people that they need votes from. All this “keep resisting, keep fighting” isn’t helping either. They need to select a candidate that has the best chance of winning the swing states.

Going back to the personality thing. I probably won’t vote for a democrat unless it’s a rare circumstance. In 2024, if it’s Jeb Bush vs. Mark Cuban, I would vote for Mark Cuban. But if it’s someone like Elizabeth Warren vs. Bush, I probably just wouldn’t vote at all. Maxime Waters isn’t the best choice to win the swing states, obviously. Other people like Elizabeth Warren or some candy ass like Mark Zuckerberg aren’t the best choices either. I’m not sure who they are going to come up with, but they would be insane to not try to prop up someone who is at least likable.

originally posted by: xenon129
I’m not sure who they are going to come up with, but they would be insane to not try to prop up someone who is at least likable.


The Dems were exactly that crazy in 2016. It's not like Hillary suddenly became unlikeable overnight; she's been one of the most hated figures on the American political landscape since the 1990's. And so far, most Dems seems to be doing everything possible to avoid learning any lessons from the 2016 election, instead choosing to delude themselves with the fairy tale that eeeevil Russia somehow stole the election from them.

So yeah, I can totally see them choosing someone like Elizabeth Warren, who has all the warmth and charm of a thorn bush.
edit on 20-7-2017 by AndyFromMichigan because: (no reason given)

Apparently the Dems want a second Trump term, if there is actually any movement to this insanity.

Oh, my goodness, the GOP must be salivating at the prospect.

Why not, for the love of God, push someone like Tulsi Gabbard. Young, 3 term Congressional Rep, Military veteran (served in Iraq)--Twice--could have opted out, didn't. She's a Veterans advocate. Currently an officer in the Hawaiian National Guard.

In my cursory glance, I've found a democrat, finally, that I can, possibly, support. So naturally, they won't even think of putting her forward. I mean she's only 36 after all. Not Methuselah.

Sweet Jesus, DNC... There are so many better choices--none of which include Waters, or Sanders, or any of the other retreads we keep hearing about.

Tulsi Gabbard vs Donald Trump? Do I even need to say who I'd support??

She has that awesome 'James Brown' haircut.

The main reason I read your posts is for my daily dose of laughter Thank you for making my day!

Yes Tulsi Gabbard would be a pretty good canddidate but i read alot of opinions from the Left on her and apparently she is too moderate for them. Go figure. 8 years of Trump here we come.


Here they all are: 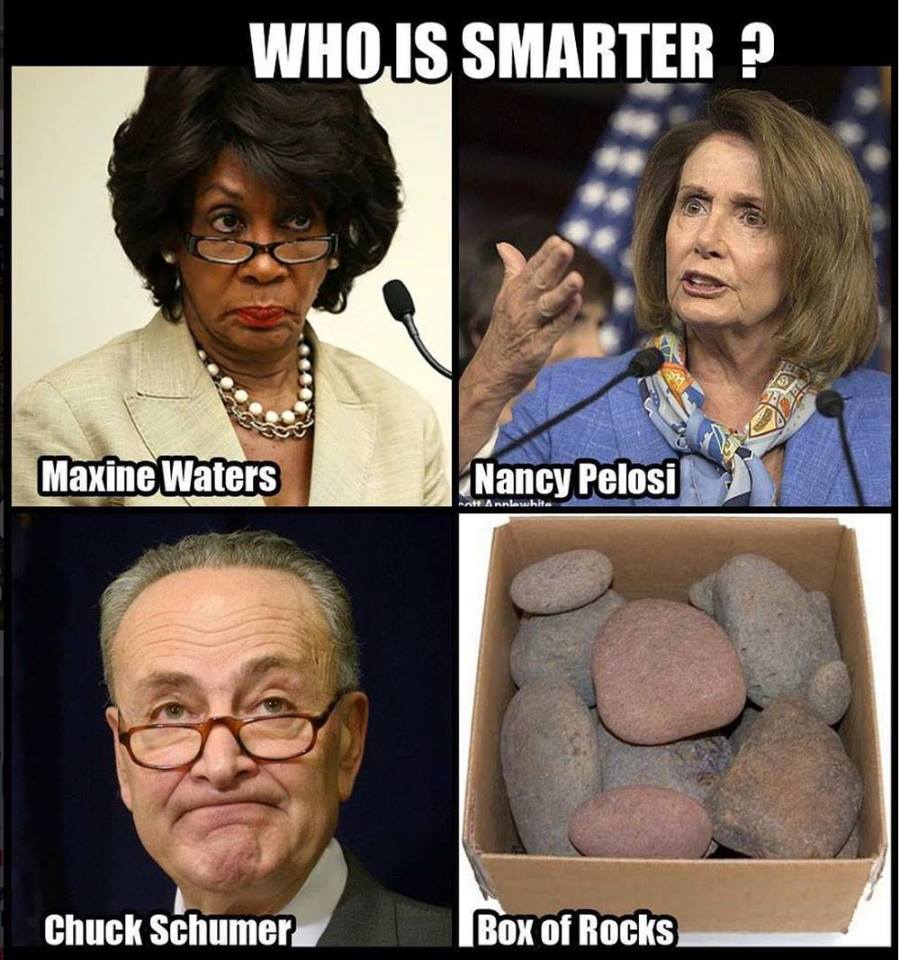 There are some who might very well be, if the DNC can be convinced to give 'em the push they'll need to get recognition.