posted on Jul, 20 2017 @ 07:46 AM
link
Back in May scientists from the Arecibo Observatory in Puerto Rico picked up a strange radio signal in a 10 minutes long observing session. It came from a part of space where a red dwarf star 'Ross 128' is located, 11 light years away from the constellation Virgo.

According to Abel Mendez, director of the Planetary Habitability Laboratory at the University of Puerto Rico at Arecibo, the signals wave patterns don’t really match anything the astronomers would expect from the star, leaving them stumped as to the signal’s origins.

That’s confusing, because there’s no foolproof explanation for the source. It’s possible the signal is caused by solar flares from Ross 128, which is a very active star that flares frequently. However, radio signals from flares are usually at much lower frequencies than the ones detected by Arecibo. The waves could be coming from something else in deep space within the field of view of Ross 128. But there isn’t anything nearby. “So right now we don’t have a theory to say how this star could do this,” says Méndez.

And of course there is the 1974 interstellar radio message that carried basic information about humanity and Earth and was sent to globular star cluster M13 from the same Observatory, the Arecibo message. 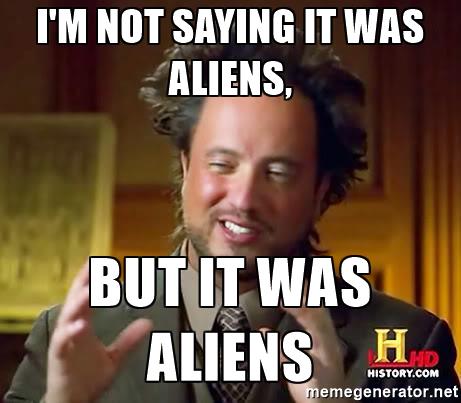 Welcome..
The party have already started

Thanks Spider. Search should be my friend....


Because the enormous distance and strength of the signal would preclude pretty much anyting but a star, whether or not they can pin it directly on the 'nearby unstable one'.

originally posted by: intrptr
Because the enormous distance and strength of the signal would preclude pretty much anyting but a star

The people reporting 'alien signals' are so full of crap. In the other thread, "it was a nearby red dwarf." What a crock!!