posted on Jul, 18 2017 @ 07:46 PM
link
i personally own this book from my childhood and when i tried to explain what i thought it was some people looked at me like im crazy and others were fascinated. 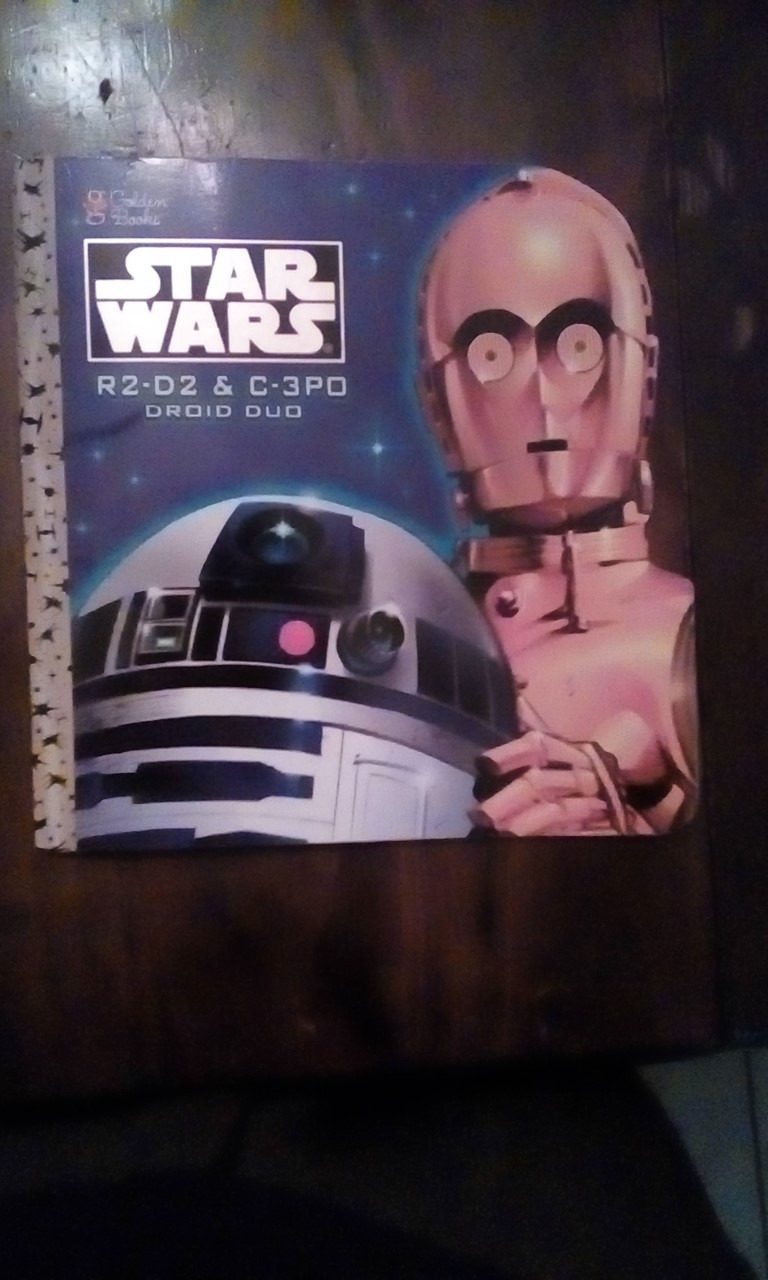 what we are taking into question is C-3PO's silver leg. 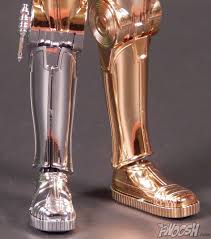 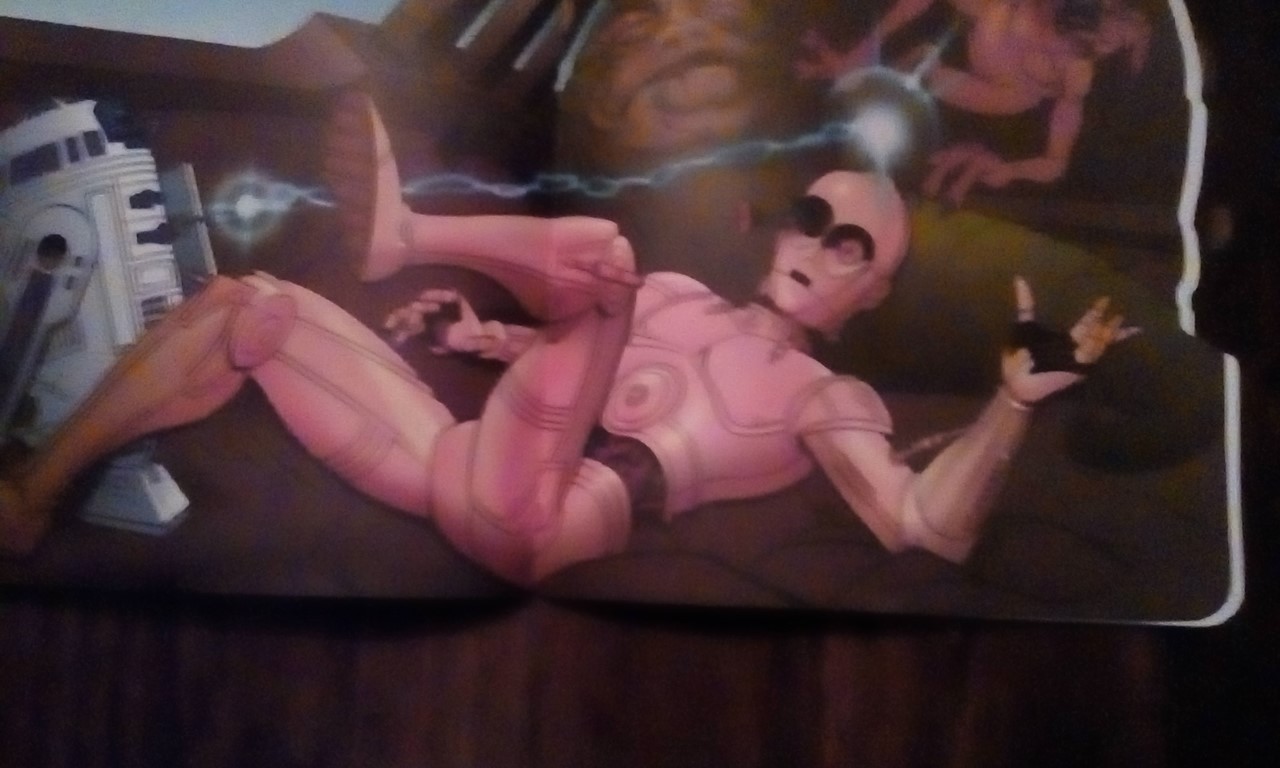 Another example of this in the children's book, as compared to the movie... 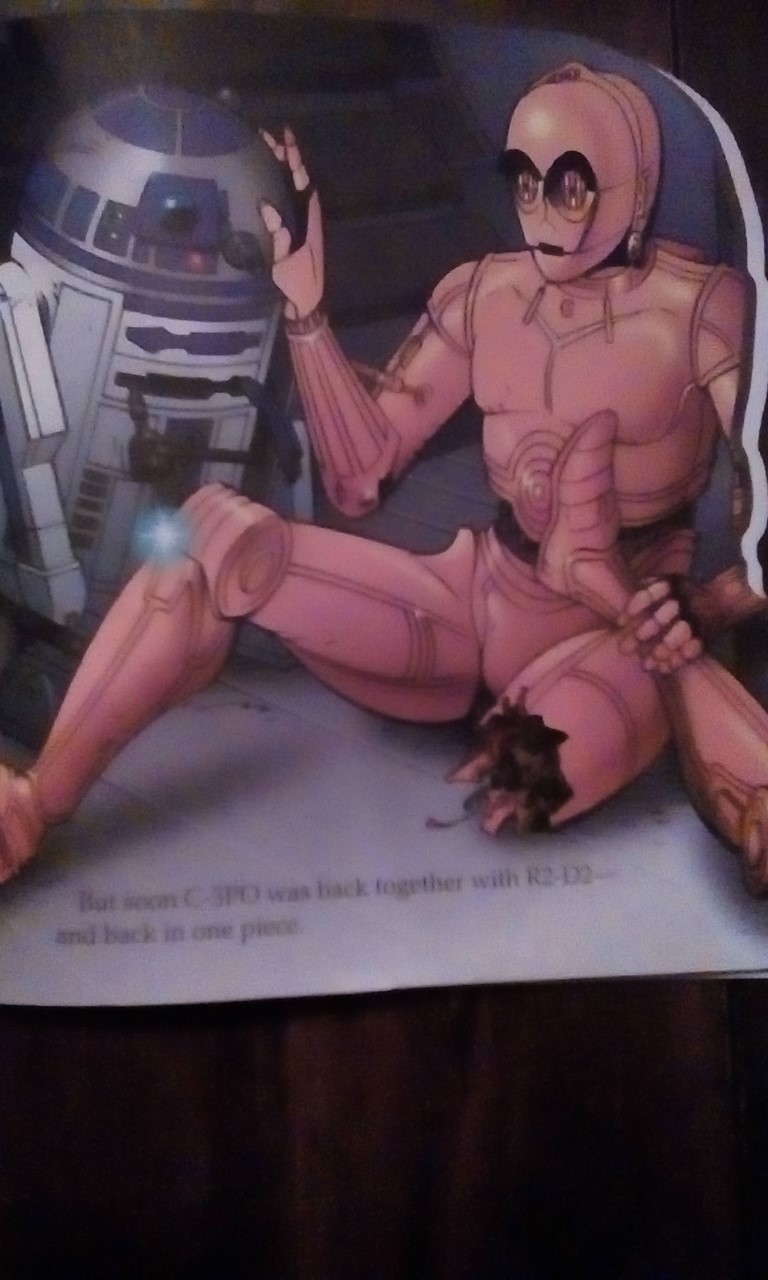 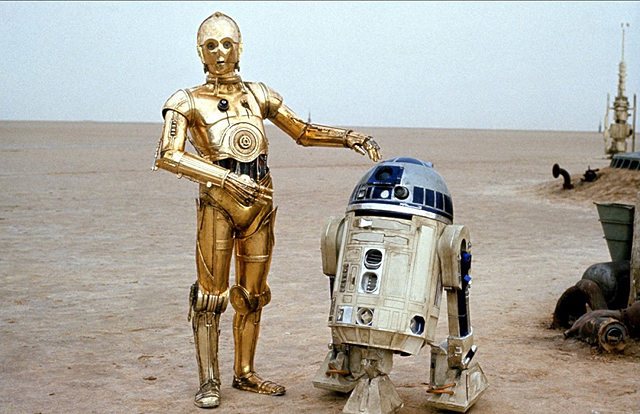 Could this be evidence or the smoking gun on the mandella effect? i tried to keep this opening post simple , post your opinions below and theories or skepticism. 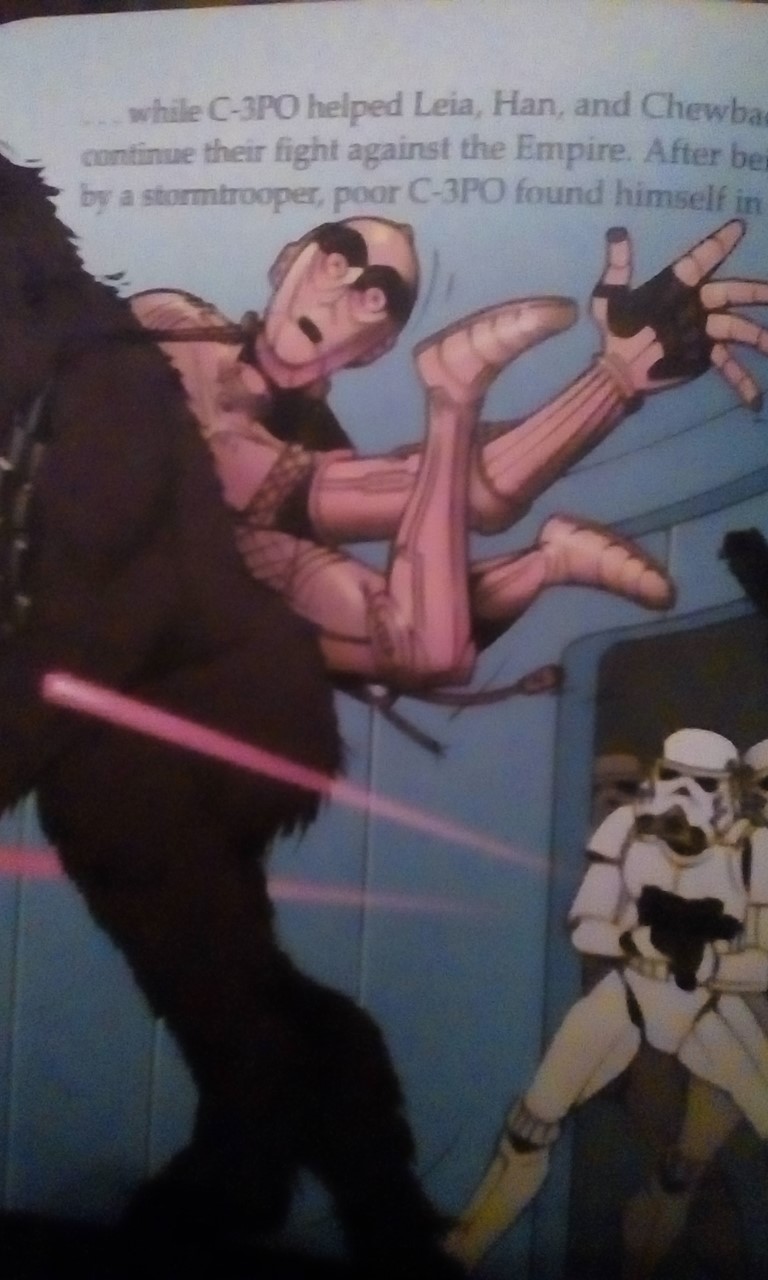 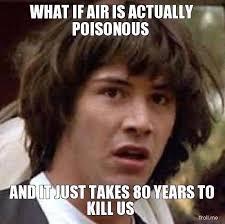 I didn't think so either, but apparently now, yes he does have a silver leg. Always has apparently.

posted on Jul, 18 2017 @ 08:25 PM
link
The Ewoks were Ewooks in the paperback I read before seeing the movies.
Not sure if Mandela Effect or they just didn't have the budget for some extra O's.

In the original film he did, it was so obvious, particularly in the opening scene. Original 1977 scene, 2:35:

Watch how the light effects the C-3PO costume in this scene where even the breast plate and back can appear silver:

posted on Jul, 18 2017 @ 08:26 PM
link
It's amazing! I remember Mandela spelled with a single "L" as in "Mandela" Yet here in this thread title it is spelled with two "L's" as in "Mandella" OBVIOUSLY this is the Mandella Effect in action! Proof positive and another example of the genius of ATS members. 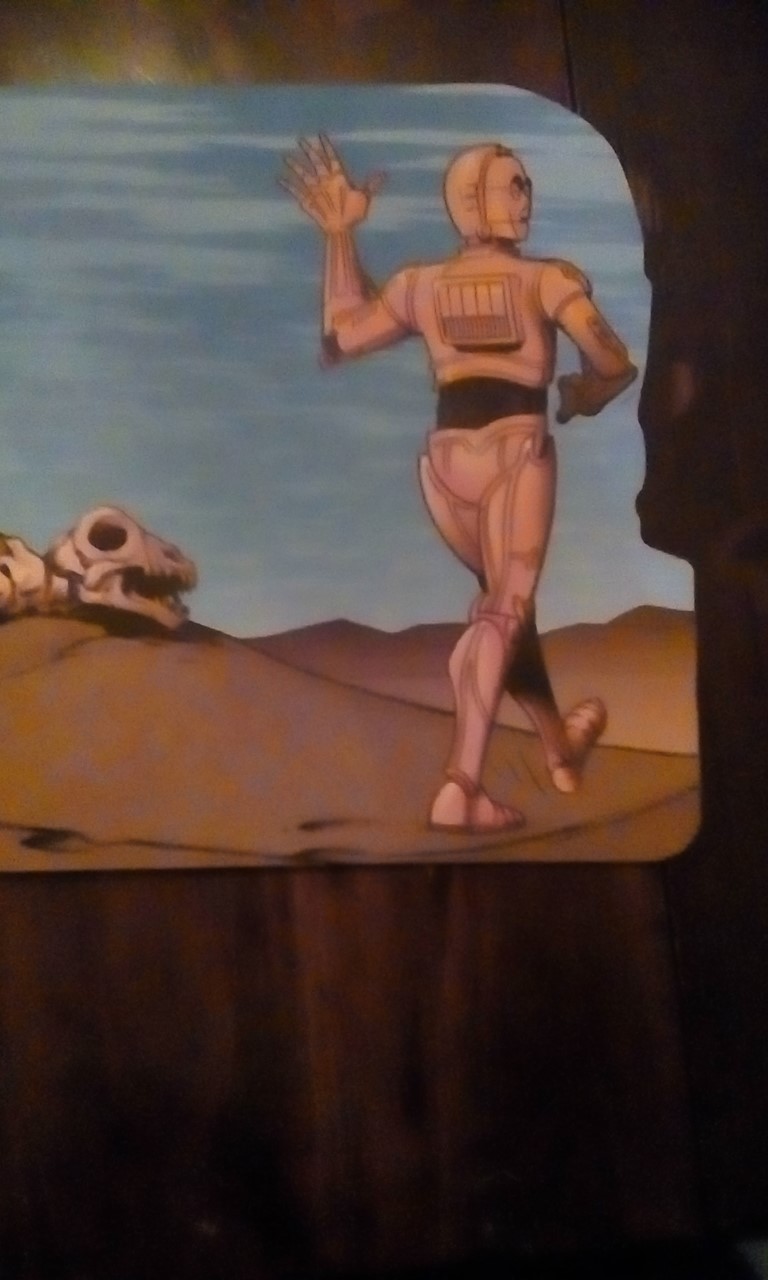 I don't remember him ever having a silver leg. Why isn't there some explanation in any of the films? Why did people notice this just recently like within the last few years?

Yeah I used to skip skool just to watch the whole trilogy when I was in grade skool. I don't ever remember a silver leg. I remember every minute detail of every scene...don't ever recall the silver leg.

But I don't remember when The Scarecrow had a howitzer in The Wizard of Oz either.

The Scarecrow had a what?

That was a trippy flick I remember an urban legend about a dead midget hanging from a tree in one of the scenes.

Unfortunately no. No evidence here.

C3PO had a lower silver leg from the knee down. His right side.

I think that there are some MEs out there but this ain't one!

I even saw the original one with Luke going to Tashi Station to say he saw an Imperial Battle. Still had a silver lower leg in that cut (better than that grainy version on the blu-ray).

Good find but lazy artists is not quite proof.

posted on Jul, 18 2017 @ 09:33 PM
link
Anyone else find it "odd" we are all staring at a bot's legs ?
First run 23 times from opening day in a month . Had to take younger brothers , younger brother's friends , my friends , my girlfriends . Hell , half the county I lived in . Had every line memorized . Yep , it appeared silver...at times

THANK YOU!!! I saw the movie when it came out, in its second run week, and I too remember Luke going there and meeting Biggs, haha!

As for C3PO, he always had a silver leg. You know why?, because Lucas wanted Star Wars futuristic world to look old and worn, instead of the usually shiny and sparkling scifi movies prior to Star Wars. C3PO having one silver leg was to show that he was old enough to have parts replaced.
Just look at the Falcon "that old piece of garbage."

posted on Jul, 19 2017 @ 12:06 AM
link
I was at the premiere of Star Wars and watched it many times afterwards. C3PO was all gold. When I had my son in 1980 I took him to all the Star Wars movies. I decorated his birthday cakes with Star Wars figurines several times. He was all gold. He had all the action figurines, C 3PO was all gold. Oh, also mugs and cereal bowls. All gold.

I remember when after seeing "Revenge of the Sith" 2005 I purchased action figures for my grandson, who was too young for them but I got them anyway, and I saw the silver leg for the first time. I mentioned it to my son and we both thought that it was just revamping of the character for the latest release.

Now, after seeing the original film has changed to a silver leg I called my son who is a movie detail kinda person and he said "no, no silver leg, he was all gold". He saw the films, had the figurines, had the birthday cakes, had the pull out books, mugs, cereal bowls, etc. He doesn't believe me that the original film now has C3P0 with a silver leg. I sent him a link to the youtube that you posted to prove it to him.

I told him that if this does mean we've changed time lines I hope it's the one where we win the Lotto.

I am more interested in this subliminal message about phallus and sex:

Do you see it?

C-3PO and R2-D2 later went with a police droid named Unit Zed to Nar Shaddaa, where Jace Forno blasted off C-3PO's right leg below the knee. However, the replacement leg that he got actually contained secret programming that overrode his regular personality. The new C-3PO led a droid rebellion against Boonda the Hutt. However, his original programming was later restored when R2-D2 replaced his leg.


In short, at the end of episode 3, C3PO was dipped in gold and had his memory erased. He then served as a translation droid along side the Organa family in the senate. Some time between then and the events in episode 4, a bomb was placed in his leg. Events unfolded that allowed the safe removal of the leg, but as he was dipped in gold specially, no gold legs were around. And time (or hard times in the Organa family) never permitted him to dip the leg.

As shown in the 2 clips provided in a previous post......you actually Rarely saw C3POs full body, in most of the scenes he is at a distance or is shown from the knees up. NO-ONE even thought about the "Robots" leg when we watched it when it first came out, because it was on the huge big screens of the times, plus we were in awe of the whole production, SiFi action, sounds and special effects.

This whole malarky has only come about because people have larger tvs now, and are use to action SiFi movies and not in awe of them, as we were in the 1970s......and have time to freeze frames and nitpick with trivia.

Even the original "Alien" was far out in 1979, but when you watch it now, you see the old single colour monitor tv computer screens.....all high tech at the time......but old as the hills now.