Muslims Will Never Be Multi-Cultural or Integrate With Society (Example)

What next.. everyone else cemetery project? The I'm a dead human so let me rot in a box in peace project?

Oh go on, bring out the "troll, racist, bigot" rubbish.

This is unadulterated crap.

"Ohh no we need safe places to bury people who were a retarded as we are, hoooboohoohooo"

This is a nothing burger story meant to fool stupid people.


I think you misunderstood the concept of what I was trying to say. I don't think they care about the person the are getting buried next to. It the way their burial is being preformed that they care about. That's why they want their own space so they don't have to conform to other traditions type of ceremonial burial.

I was just adding to your concept. As a philosophical rhetorical question to help punctuate the stupidity of the concept of the OP.

I should have taken more time to set that up. I apologies for my miscommunication.

Half are social problems imho are because we have forgotten logic and rhetoric..

Every even semi educated person should know that some arguments sound good but mean nothing..


That has been my approach as well though to point out the logical fallacies.

I'm guessing you're equally outraged by the Jewish cemeteries across Canada?

Why do you think there are Jewish, catholic and Protestant only cemeteries??

Because they care who they get buried next to...

The real question is, after knowing that source was obviously trying to bamboozal people, will you still trust them???

Or will you assume you need to look deeper since the last story was propaganda?

So you think religious freedom is a problem?

I mean... they bury the dead and don't eat them, which is probably news to you. Enjoy the little things like... civilisation for example?

You have multi-religious burial sites in Canada? No? Go and start a petition?

Said every racist in history before saying something racist

originally posted by: JoshuaCox
a reply to: Skywatcher2011

There are what?? A billion Muslims this is one..
Even if this were thousands, they would not be allowed to speak for the rest of the 999,999,000.
It is a logical fallacy that would get you laughed out of a high school debate.

I bet you are a Christian.. it is 99.9% Christians when people try to blame one persons words or actions on a billion people.
Gotta find some way to validate your debunked religion and a bad guy has always worked best.


I can tell you can't see the hypocrisy in your statement Joshua cod, let me explain how absurd you sound, I will change a word to hilite how ..... You are

Allow me to follow nonsensical hypocrisy
I bet you are an atheist because, 99.99% of atheists atheists when people try to blame one person ( what the hell are you on about, this is nonsense talking nonsense) words or actions on a billion people

Can you see the hypocrisy, that you are calling someone out by acting the same way as they are,
Even more ludicrous, to show you how absolutely base your argument is, you called skywatcher a christian, when there is no evidence to,suggest they are
You fabricated something false, then attacked the argument with the same argument that skywatcher used

I think you have sunk ats to an all new low, never seen a post so completely absurd ever

Well done you
Post of the year in my books, you deserve some recognition

posted on Jul, 17 2017 @ 10:33 AM
link
In all seriousness the Abe 3 I like to call them should get together and decide which magical item from their book can be I fused in water, like maybe frankincense, and it could be placed in running water that divides the cemetery plot area.

May sound crass but honestly the whole idea is silly but who cares. People have a right to carry out their silly ideas on their property, not harming any one else, and in may cases not being told how you should do those rituals. Maybe I don't even want my neighbors golden retriever buried next to bessy the cow, especially during the full moon. But that doesn't make me un multicultural.

Or does it now. Dang I am getting old.

"Christianity validated if me provide a bad guy!! "

Do you see the hypocrisy

And the most absurd thing, no evidence that skywatcher is a Christian

Maybe we should have a dullard award on ats for most hypocritical post, I nominate 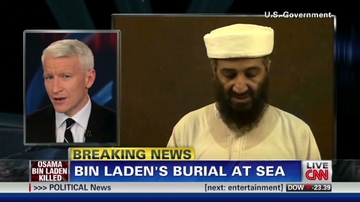 So what is wrong with being buried beside a dead caucasian, asian, latino,

You do realize that Muslims are also white, Asian, African-American, Hispanic, etc?

"Muslim" does not hold a monopoly on the Arabic ethnic group.

Muslims Will Never Be Multi-Cultural or Integrate With Society

Also, I guess the roughly three million Muslims (some who you wouldn't even know were Muslim by looking at them) who live in the US and live ordinary lives haven't integrated?
edit on 17-7-2017 by Liquesence because: (no reason given)

Maybe the Sufi mystics can cure the cancer of Duality that Muhammad created in the Quran. But that would mean to disregard Muhammad:s teachings in favor of logical non dualistical thinking.

Islam have a very long road a head of itself to catch up with the rest of the world. Please prove me wrong because the faster Islam is evolved the less suffering it will cause on the road to become integrated and learning to coexisting with all other people.

posted on Jul, 17 2017 @ 11:32 AM
link
the people who do not integrate are the people who run the country, the world, the media lol. they say they are athiests but yet we have to give BILLIONS a year to izreal instead of having universal health care here. mozlems are not the threat they tell you they are. ignore the news, ignore ANY media that tells you to hate or 'we need' to go to war or pay taxes. i watch sports and cartoons and some movies, and i watch a lot anime from japan, which is created by actual japanese artists lol. here in the usa, 60% of the creative jobs go to one race. in japan, the best artists get the job based on skill, not who their mother was.


I wasn't aware the Hinduism was Abrahamic. Please explain, or am I missing something.