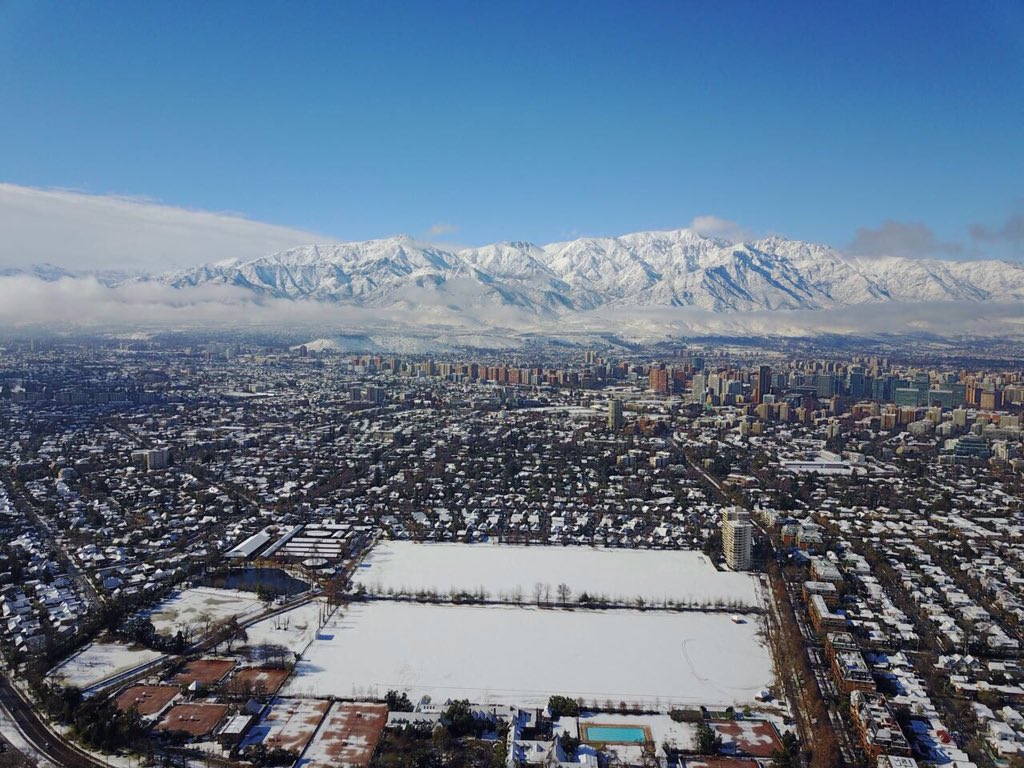 At least one person is dead and about 337,000 households were left without power as rare snowfall hit the Chilean capital, Santiago. The unusual weather saw temperatures dropping below zero, said to be the lowest in almost a decade.


So much for global warming.


Two other people were injured after being electrocuted by a fallen power line, the statement added. About 337,000 households were left without power due to the storm, the Office of National Emergency (ONEMI) said on Saturday, as cited by AFP. Officials said that the weather affected one in seven residents of the capital.


Here's the 2011 snow covered here by our ATS member SonoftheSun

HuffPostThe article says this is the fist time this area has seen snow in over a decade - but - I'll have to check, I seem to remember a snowstorm in 2015?

posted on Jul, 16 2017 @ 06:32 PM
link
Sad hearing about deaths during this snowstorm. However anytime i see snow all i have to wonder is how beautiful it is. Plus think of all the kids that got to enjoy a rare event that thye never get much chance.

There's a video of kids having snowball fights - I wanted to add it but it's not on YT yet.

I bet they had a blast huh!

originally posted by: silo13
So much for global warming.


Ah, you mean "climate change", don't you? Since weather can swing either way, you have to use more generic terms

I'm sure Santiago is no different than some of the southern cities in the USA, such as Atlanta, that gets an occasional snow storm.

I've been to Santiago during their spring and it's a beautiful city. One of the few places in the world I'd call home besides where I live.