Demon - or no? Video

I wasn't going to originally - I saw it months ago - and really didn't feel good passing on the so dreadful feeling this vid gives me...

But here I am and I'm convinced this is a demon. For real. Or someone possessed for sure. I'm not going with the 'he's just double-jointed' theory at all, not me.

Watch at your own risk. There's no blood, gore, just a really freaky dude who I think isn't a dude at all.


And with sped up video
Fun video , and not to take anything away from the person's ability to contort their body
Well known P.T. Barnum draw back in the day...
edit on 7/16/17 by Gothmog because: (no reason given)

Demon? I don't know but that's thing's just not right.

It does look creepy but contortionists do this all the time.

I'm the first one to pic out CGI in all the UFO vids and the such - but this thing - Naw, I really believe there's more to it.

Maybe if he wasn't back - and NO I don't mean that racially - but the contrast of those white eyes rolling around against dark skin adds to the effect. If it is one.

See the exorcist one? That made me laugh.

This guy, well, you know.

I'll look around at the 'spider walk' vids and see if any other grab me like this one.

Actually it spooked it when I first saw it when I was young. Now I laugh at it everytime I see. Heck I laughed out loud when I saw that gif just now.

See, neither of those freak me at all - but that guy in the OP is a spider of a different color for sure.

Thanks for sposting. I really enjoyed the music.

Like I said - something just isn't right with that thing.

originally posted by: knowledgehunter0986
a reply to: silo13

What gets me is the description in your thread about how your vid made you and other people feel.

Same here on this one - the hair on my neck was way raised up and my arms went crazy with gooseflesh.

I don't even want to watch it again.

This one too: IMO - This is *Evil* - (Warning - Subliminal Photos/Messages) 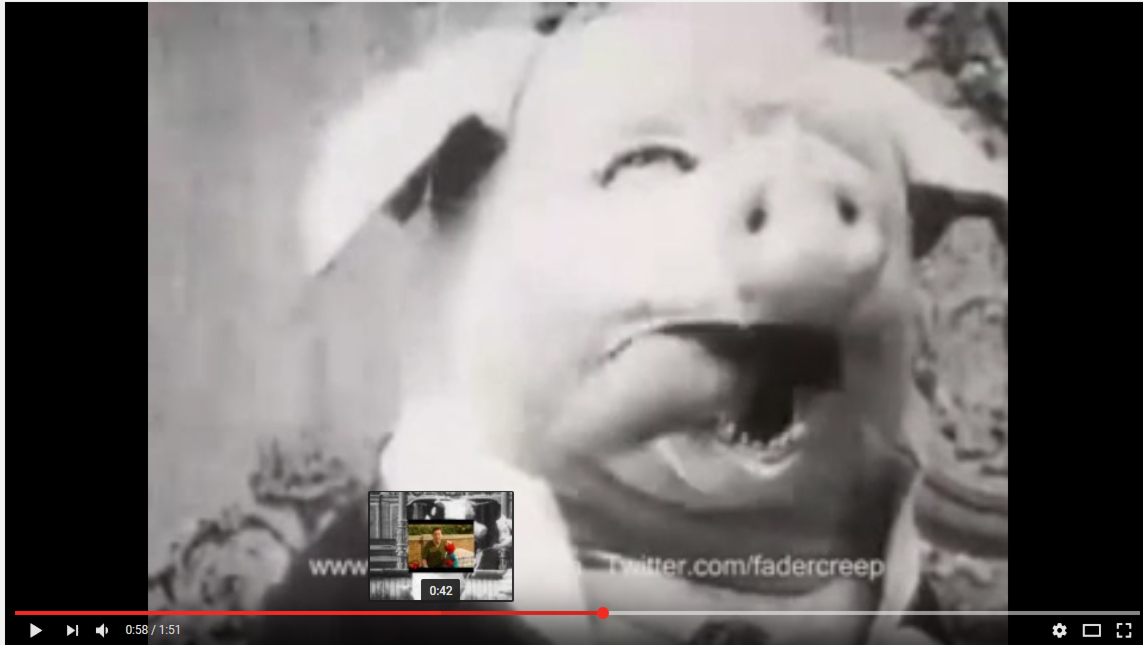 posted on Jul, 16 2017 @ 05:29 PM
link
I honestly don't think it matters what people say..the OP has already made up their mind that it is something supernatural, and not in a cool Winchester way, so just let them keep believing.

originally posted by: opethPA
I honestly don't think it matters what people say..the OP has already made up their mind that it is something supernatural, and not in a cool Winchester way, so just let them keep believing.

SEND ME ALL YOUR CASH NOW!

It's just interesting to me some videos give a frightful reaction to some - and not others.

That one is extremely creepy I'll give you that one. LOL.

I looked into the background of that film and never really came up with an answer that satisfied me. Meaning the original black and white freaky piggy thing. I'll have to search around again that was quite a while ago when I was still in Sicily and couldn't get all the info I can here.

This reminds me of when I was a kid I was watching a talk show, and I can't remember if it was Johnny Carson or Merv Griffin or who, maybe around 1972, but they had a voodoo priestess come on to the stage to do her thing, and she took a dozen empty bottles and put them in a thick cloth sack and used a hammer to break them into pieces. She then appeared to change her appearance like letting some entity take over.
At that point she dumped out the glass and grabbed chunks of shards and stabbed them into her stomach area very violently with no cuts happening. She kept stabbing herself but there was no injuries whatsoever.

She then started to put glass in her mouth and chew very violently and you could see tiny pieces of glass coming away from when her teeth would crush it. With no blood and no injuries.
It scared me to see it.
I try to avoid demon possessed people since then.

Wow - there has to be a way to find that vid!

Not sure I want to see it though - 2 is enough for me.

At this point I'm pretty sensitive to those kind of things. If I see too many? I don't want to desensitize myself.

EDIT TO ADD: This is a tough find! (The show you were speaking of NoCorruptionAllowed


The way it danced and sticked tongue out at her is even more creepy.