Polluting our planet so openly should be a serious, serious crime.

Surely top scientists could think of a better way to get rid of/treat the nuclear waste? Makes me really sad for the future of the planet.

They could create a gigantic godzilla and store barrels inside it. Godzilla had atomic breath afterall.

That is a really good question. I didn't even consider that at all?

Did Japan sign up for the Paris Climate Accord?
Surely this type of pollution had to be discussed.


1950s: Radioactive waste material is dumped in the Atlantic Ocean by the United States Coast Guard and an animation and a Fathometer reading show the depth, in 1959.
www.shutterstock.com... t-guard.html?search/s4F_kSp7l6cmMDg4HOTJag:1:35/gg

and... The USA wasnt so Much Differt


U.S.A. had Dumped Nuclear Waste on both sides of the Coast Line
let alone Europe , UK , Russia ,China , and Japan since the 50s

Rusting barrels of nuclear waste dumped by UK between 1950 and 1963. 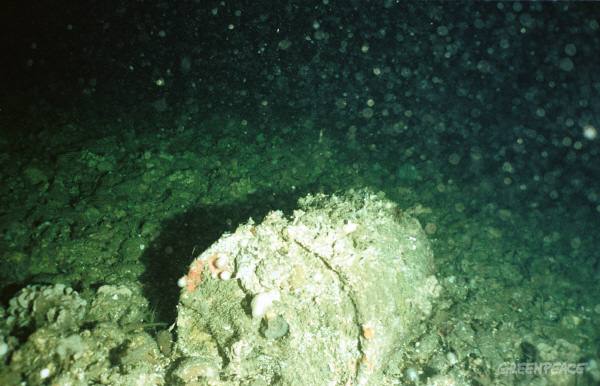 
originally posted by: Bluntone22
I don't think they know what else to do with the water.

From what I understand, the technology needed to clean it up doesn't even exist.

Yes these idiotic experts. No thought was given to this at the early beginnings of the nuclear industry. With no solution with regards to what to do with the toxic waste and byproducts it should have not been allowed to go into production. And nuclear is often called a clean!! However, this volatile method of producing electricity does provide the military with material to make their weapons, so I guess maybe someone did think about it. Whilst its not our direct problem at the moment, its never going away (read thousands of years) and it will be down to our grandchildren to deal with the consequences.

posted on Jul, 19 2017 @ 11:10 AM
link
a reply to: burdman30ott6 Japan is a signatory to the London Convention, the international treaty that bans ocean dumping of radioisotopes. If the plan for their ocean dumping of tritium takes place, that becomes a treaty violation for Japan.

For those unfamilar with the environmental consequences of tritium, there are a number of studies that look at its biological risks. The independent Bulletin of the Atomic Scientists published one such study in March 1984:

"Tsunami drives species 'army' across Pacific to US coast"

A year later, scientists began finding tsunami debris with living creatures still attached, washing up on the shores of Hawaii and the western US coast from Alaska down to California.
"Many hundreds of thousands of individuals were transported and arrived in North America and the Hawaiian islands - most of those species were never before on our radar as being transported across the ocean on marine debris," lead author Prof James Carlton, from Williams College and Mystic Seaport, told BBC News

here's hoping we do NOT see new Kudzus or Zebra Mussels in the Americas. alien species are almost always very bad news.

Not much reason for it to. The debris was dragged out to sea by the tsunami before the reactor problems occurred.

"A few years ago we had to create one new tank every two or three days but now we need to increase one new tank every seven to 10 days, so in that sense we think it is progress, to a certain degree, in the sense it is a more stabilised situation," he said.

There are more than 1,000 tanks of contaminated water now at the site — and Government authorities have still not decided what to do with the water.


abc.net.au, March 1, 2018 - Japan undecided on what to do with 1 million tonnes of radioactive water at Fukushima plant.

Here, some 7 years in, maybe this (in)decision to not dump the water into the ocean will be a blessing in disguise.

This was announced. It does not look like much. For those that have not followed, graphene is carbon that lays in a flat sheet like a chicken wire fence. The problem has been, "How do we make this big enough to do real-world work while keeping the structure uniform as the size grows." Researchers have spent years looking at this.

The announcement is that they can now make sheets that are feet long. They do not know where the limit is. And they can do this with other materials. If they ever teach a robot how to spray their hydrocarbon spray properly, they can do the much coveted roll-to-roll creation of sheets of this stuff.

One of the hydrogen isotopes, deuterium, is widely used in analytical and chemical tracing technologies and, also, as heavy water required in thousands of tons for operation of nuclear power stations.

The heaviest isotope, tritium, is radioactive and needs to be safely removed as a byproduct of electricity generation at nuclear fission plants. Future nuclear technology is based on fusion of the two heavy isotopes.

The current separation technologies for production of heavy water are extremely energy intensive, and have presented a major scientific and industrial problem. Now graphene promises do so efficiently.

The discovery makes monolayers of graphene and boron nitride attractive as separation membranes to enrich mixtures of deuterium and tritium.

Furthermore, the researchers showed that the separation is fully scalable. Using chemical-vapor-deposited (CVD) graphene, they built centimetre-sized devices to effectively pump out hydrogen from a mixture of deuterium and hydrogen.

Dr Marcelo Lozada-Hidalgo, University of Manchester postdoctoral researcher and first author of the paper, said: "This is really the first membrane shown to distinguish between subatomic particles, all at room temperature.

YouTube - Graphene membranes: and their practical applications (from below link)

Now if we can make a graphene (and boron nitride, which can also be made using the same manufacture method mentioned above) filter before Tepco freaks out over their growing inventory of contaminated water, even if the filter is not 100% effective in filtering the tons of water, then I would be happier!

Trying is better than doing nothing and dumping into the largest body of water on earth.

I hope they try!

Not to mention Hanford.