page: 1
18
log in
join
share:
Defragmentor
+2 more
posted on Jul, 14 2017 @ 08:04 AM
link
First topic here, and I hope it's a good one for those with an interest in possible ET contact cases! I'd never have known about this case if Timothy Good hadn't done the investigative work. 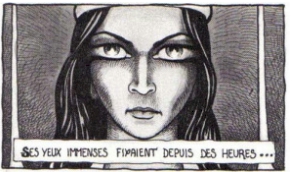 Chapter 12 of Timothy Good’s book, "Earth: An Alien Enterprise" (www.amazon.co.uk...) is entitled ‘Reluctant Guinea Pigs’ and it begins by giving insight into the Leonard Mantle 1968 contact case. A stranger by the name of ‘Iso Khan’ met Leonard in London in 1968 while he was gardening in Soho Square.

This stranger seemed to intimate he was not of this world, and possessed a great deal of knowledge.

“I looked up and saw a man there, very immaculate, with a dark gray suit and an about-town shirt,” Leonard told me [Tim Good], in one of two interviews at his home in 1978. “I thought I’d better just carry on. The next thing he says is, ‘Obviously you’re enjoying your work?’ To which I replied, ‘Well, yes, of course.’ And when you’re seeing people rushing to work, you just carry on doing what you’re doing.”

“You’re not aware of time,” the stranger commented. “You seem to be more acutely aware of that than most people.”

“That’s a very true statement,” replied the man. “But people’s concept of time is entirely different.”

The stranger introduced himself as Iso Khan. Leonard inquired if he was on holiday. “Oh, no,” came the reply. “I’m just on a visit— sort of.” Asked if he traveled a great deal, Khan confirmed that indeed he did, adding that he had met people from all walks of life.

Contact continued, and Khan would much later openly reveal abilities like telepathy and levitation, and inform Leonard that his race was about 5,000 years ahead of ours (this seems to match the E.T. in the Leo Dworshak case, where it is also mentioned there were twelve individuals of their race intermingling with people around the Earth), and he claimed to be 150 years old. They had nine senses, one of which may have been an inbuilt register to calculate the intelligence level of other persons they met.

‘How could you possibly know what happened a hundred years ago unless you were there?’ I asked him.”

“Well, it is a question of time,” he responded. “Your whole concept of time is a man-made thing. Time, according to you, is being born, living, and dying; getting up, working, and going to bed. That is your concept of time.”

Leonard pointed out that, from his personal experience, he however had always been aware that there is “another time— a time where you sort of step out of yourself.”

“Yes, then you are going into time,” came Khan’s cryptic response, alluding briefly to a “sixth dimension,” which meant nothing to Leonard at the time.

What is interesting is that Mantle himself believed he experienced a “time shift”, and this may account for the stranger keeping an eye on, or having an interest, in him:

“A neighbor from my block of flats in Clapham was just coming out of Hannell’s grocery store, and I was standing outside. As he was walking, and before he got to the door, I was suddenly there and opening the door for him! And he started scratching his head, looked at me again and again. The same thing happened again in the afternoon when he was coming down in the lift. And he looked at me again in disbelief. If you’re behind someone and all of a sudden you’re in front of them, how can you explain it?”

Khan revealed, “The only important point is that you are aware of time. And we know this.”

As these contacts continued, Mantle became so concerned by the encounters that he tried to contact and warn Scotland Yard of him but they told him to stop wasting their time, and “piss off!” Mantle also couldn’t entirely cope with the contact and stayed in a psychiatric hospital in Epsom for six weeks in 1968, then again for two weeks in 1969, shortly after Khan returned and left.


That sets the background and the case, and there are many more details in Timothy Good’s book.

I naturally looked into the name ‘Iso Khan’, to see if I could tie him up with any other contact stories. Wary that ‘Iso Khan’ in Good’s book may have been a pseudonym, I did however uncover that an ‘Iso Kan’ had written a story in the December 1976 issue of French magazine Métal Hurlant, entitled: ‘Turod: The Last Knight of Time in the Palace of Spells...’

A copy of the U.S version of comic (released later, October 1977) can be found on the archive.org website, and can be read online:
US version of the comic, from Archive.org

Imagine my surprise to find it features many subjects in our field, including the presence of a flying saucer, and has a something of a theme for ‘time’. This story is written by ‘Iso Kan’ (French original) and illustrated by ‘Phil Rosilio’. I cannot find either of these two individuals in other issues (at least 36 I checked through) of the magazine, despite their being other, regular contributors to the magazine. 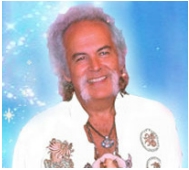 In the course of further investigation, there are also potential ties to I.J.P Appel Guery (a new age guru), and a movement to release information into the mainstream with the aim of an intensification of awareness and contact.

Very interesting, and if nothing else, please enjoy the comic!

I will also attach this PDF Leonard_Mantle_case_and_Iso_Khan.pdf with full analysis on my investigation, including details on the comic differences between French and US versions—it’s a bit flighty, but I felt on a bit of a roller-coaster as this information was uncovered.

I clicked on this thread this morning and fully expected a full blown conversation by now.

OP, I have the comic saved for later when I can give it my full attention. Thank you so much for a thought-provoking thread!

Sadly enough., whenever a self styled, "guru" becomes involved, it's not a good sign.

But still worth the read.

posted on Jul, 14 2017 @ 12:48 PM
link
nice s+f
im very neutral about contactees ,theres too much fake stuff for admitting they are real

The name Khan also comes up in the story of the 'Warminster Thing' from late 1965. Although it seems to have been spelled 'Karne' (someone claiming to be from the planet Aenstria).

I have no idea if there is a connection. I am not particularly impressed by stories of perceived superior beings contacting us. We never seem to get any hard facts just the usual clichés about us being a primitive warlike species who need to find a higher level of spirituality and look after our planet.

Yeh! well maybe. But we never get anything tangible.

posted on Jul, 15 2017 @ 05:03 AM
link
Creative thread as other commenters have said. A case I've never heard of. Professional job formatting everything and making a story. The comic book is interesting but not related in my humble view.

“This seems to match the E.T. in the Leo Dworshak case, where it is also mentioned there were twelve individuals of their race intermingling with people around the Earth...”

This is unfounded given the tiny sample set of two anecdotes. That's not so scientific.

I'd agree facts are sparse here. Can there actually be any scientific analysis undertaken?

If we work with what we do have: it's a story “Turod” written by an Iso Kan (for a December 1976 French magazine), a curious story which explores many themes including the soul, and transcendence of time.

We then have two potential coincidences and/or links, which if taken at face value (and this is up to the reader), may thrust this story into a new light.

a) I.J.P. Appel-Guéry alluding to how famous stories like “Turod” came about by—as I can try and understand it—contact with other dimensions. This comes from a passage in the book, "Etre Anges Témoins" (Being Angels Witnesses). It was written by "Voyageurs intemporels (Organisme)" (Timeless Voyagers), but I.J.P. Appel Guery is linked to being behind it (book edition seems to be 1995):

Among us, several artists with their different expression mode - music, drawing, writing - began to carry the sensitivity to this type of contact into the public.
....
... and among them, a few comic-strip designers. For them, he created storyboards in which the breath of a cosmic dimension is blowing. In these years, these scenarios were completely different compared with the current entertainment production, rather oriented towards sex and violence. This is how certain mighty stories came out, such as "Turod, Last Knight of Time", sketched by Phil Rosilio; "Timeless Voyage" by Sergio Macedo; "Yogan's Mission" by Marc Bati; and "Aedena" by Jean "Moebius" Giraud.

I don't know who “he” is. But 'Iso Kan' is credited with writing the scenario in "Turod" story. Could Appel-Guéry be making this connection and stuff up? Absolutely he could.

And b), a mysterious Iso Khan visiting Leonard Mantle (in 1968, 1969), prior to the publication of the “Turod, Last Knight of Time”, and the two having interesting discussions on, among other things, the subject of 'time'.

Again another possible minor coincidence. The story may still be a fabrication on Mantle's part. I can only leave that where it is: I don't know that we can go any deeper than this.

None of this is particularly scientific, and I only make loose correlation based on the source material and data available. From the book, "UFOs are With Us - Take My Word" by Leo Dworshak (p51, 52)

These people live among us but we cannot tell that they are different from us.
...
These people who we [Leo and his brother Mike] met and talked to back in the year 1932 came right out and told us they had traveled to this planet for over five thousand years. They will continue coming to this planet because it is their responsibility.

The 5,000 years' element seems to be a common element over these two cases. That in itself may only be but a curious coincidence.

"You know," he added, "your people are under an illusion. You seem to think that people from other worlds have got all sorts of funny faces."

Yes mate. The presentation and a bit of effort in making it all easily readable makes ATS much better.