"I was scared" by Donna Brazile

posted on Jul, 12 2017 @ 11:47 PM
link
It seems that Donna Brazile is writing a book about her experiences with the corrupt DNC during the last years election cycle. 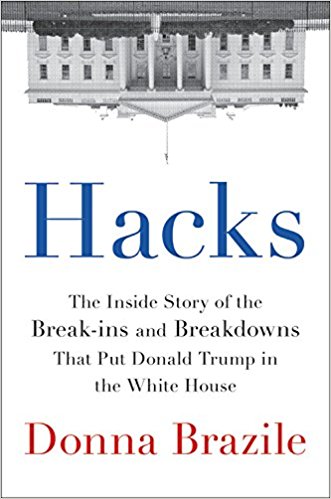 Brazile’s publisher Hachette promises a book that is “equal parts campaign thriller, memoir, and roadmap for the future.” The publisher did not say how much the book deal was worth

Of course the publisher is going to pump it up, but I am sure it will be 100% Leftist fantasy.

“I’ve been a Democrat all my life, but I’m an American first,” Brazile said in announcing the book deal. “At a moment when our democracy is in crisis, it’s time to tell the truth about what went wrong in 2016. Our nation is under unprecedented assault, and if we don’t get the facts out, it will happen again — and worse than you can imagine.”

Time to tell the truth?....I think she means it's time to lie some more to cover all the other lies.


Though she’s one of the most experienced Democratic operatives in national politics, Brazile has said nothing prepared her for the revelations about Kremlin-directed activity to meddle in the 2016 election or for the personal toll it took on her, which included strange packages being sent to her home.

The most "experienced'? Yeah she ranks right up there with Pelosi and Waters.
Does anyone remember any stories of her getting suspicious packages? I don't.


“I was scared,” Brazile told POLITICO’s Off Message podcast in February, remembering her first briefing with law enforcement about the extent of the hack. “I was scared that first day and night. I went home that night, I couldn't talk to anybody because I had a — I couldn't even tell the staff what was happening to them.”

She was only scared that Hillary would lose and in the process, the Dems would lose all credibility.
So come on guys....who is gonna pre-order this guaranteed best seller in the fantasy genre?
To me this is like OJ Simpson with his book "If I Did It"

She was only scared that Hillary would lose and in the process, the Dems would lose all credibility.

Well, she was dead on there. This will bomb like Hillary's latest book.

Oh I just ordered my copy.

It's going on a special bookshelf that I save for 'in-poor-taste' fiction. Sort of like the dirty jokes you don't tell the women in your family.

They will be collectors items for no other reason than in the future we will be able to look back on these times with reverence and astonishment that we the people allowed so much subversion within our own borders under the guise of 'progress.'

I was scared by donna brazile.

Amazing what punctuation marks can do. lol.

Is she gonna reveal a smoking gun in that book or will it be outdated by the time it hits the shelves?

Free with upsize to large?

Or imagine the last book to be written by a high ranking member of the Whig, Bullmoose or Know-Nothing parties. Definite historical significance.