originally posted by: IAMTAT
Natalia Veselnitskaya was allowed to enter the US from Russia...without a figgin visa.

Without this permission by the Obama administration, Veselnitskaya would never have been able to meet with DJT Jr.

This adds even more fuel to the growing fire for those beginning to suspect that the Trump Jr. meeting was an intricately-planned operation to attempt to implicate the Trump campaign with the Russia collusion narrative.

Leaving aside the general ridiculousness of that assertion, why tf would they be framing the Trumps in June of 2016, long before any hint of the Russia collusion story and long before anyone had an inkling that Trump would ste.. err I mean win the election? That makes absolutely no sense, but I guess does stick with a general trend. You are trying mold evidence to support *your* narrative.

How would they know trump would agree to making a deal??

It is not even good reaching... 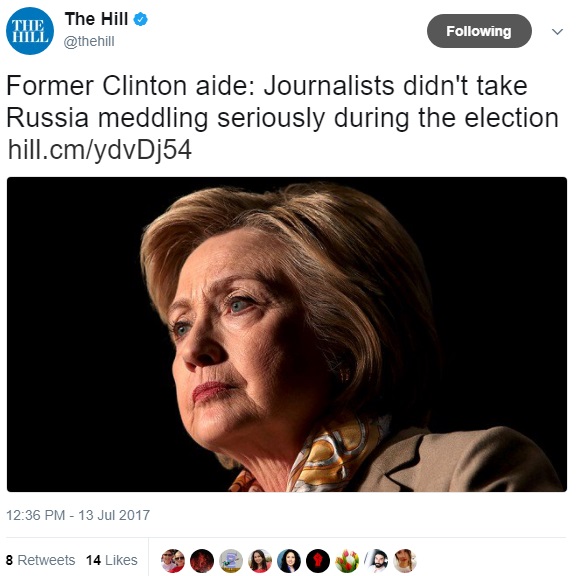 
Source please....... first time I have heard about Jr attending the meeting to leak classified documents.

Just so we're clear, the vitriol you're spewing is in defense of Donald Trump Jr, who posted this on Twitter that all the world can see, from Goldstone:


This is obviously very high level and sensitive information but is part of Russia and its government’s support for Mr. Trump – helped along by Aras and Emin.


To which he replied (among other things):


Deflections include, for example, blaming others who have not produced self-incriminating documents (and if they are guilty then screw them too) and even this gem from Gregg Jarrett on Fox News:


Even conspiring to subvert the government doesn't rise to the level of treason.

You know, under our Constitution, Americans are permitted to speak against the government, undermine political opponents, support harmful policies, even place the interests of another nation ahead of those of the U.S.

Tell you what - if you say Hillary did the same thing then take her too. Both would be guilty as hell, were that to be the case.

Stop with the tu quoque bull# and either sayit's totally fine or it's not fine. Both of them or neither.

I knew it was a set up as soon as I heard Fusion GPS.. I mean what are the odds of her being connected to them. The more I learn about her and her time here in the US the more positive I am of it. Fake news is pushing it hard, they kind of have to this is the best they got. If this backfires its going to decimate the whole Russian narrative.

posted on Jul, 13 2017 @ 12:03 AM
link
a reply to: IAMTAT
So she's really an illegal alien Russian spy? Well, then it's not surprising that Obam's DOJ allowed her to remain in the country. We don't need no stinkin' borders anyway!

Haphazardly planned would be a better description of this proposed plot. But it would seem that she doesn't have what it takes to fool Jr. so he took his leave after a 20 minute meeting. What kind of spy is that? A poorly-prepared one I think.
They were just throwing things at the wall at that point because nothing they were doing was working properly for them. They never, ever would believe that he could win the nomination so the shock was a major setback for them. They had planned to run against Bush. By this time the High Priests of the Dem party were realizing how very, very weak their candidate looked. Running a "Kremlin-connected lawyer (spy?)" over to the Trump campaign seemed like a good idea at the time I'm sure.
What is truly sad is that the Congress critters sitting up there gnashing their teeth about this won't admit that this is a common political warfare tactic that every one of them use. They have someone dig up the dirt, then they all stand around drooling into the dirt until it becomes mud. Then they begin flinging it like monkeys throwing manure.

The issue here is Obama should have had an interest
in protecting America from Russian election interference,
but instead he aided and abetted it!?

Was it not his duty as POTUS?

Yeah, he should have stood up to Republicans... see, mid-July 2016 McConnell apparently told the Obama administration this:

So, nothing was brought up until months later - after the election.

YES!!! its all coming out!! May their false narrative fall apart like a cigarette ash.

And they blamed the russians of all people for the DNC leaks shortly thereafter in the timeline.
That's not a coincidence! I've never felt better about being a recovering liberal. 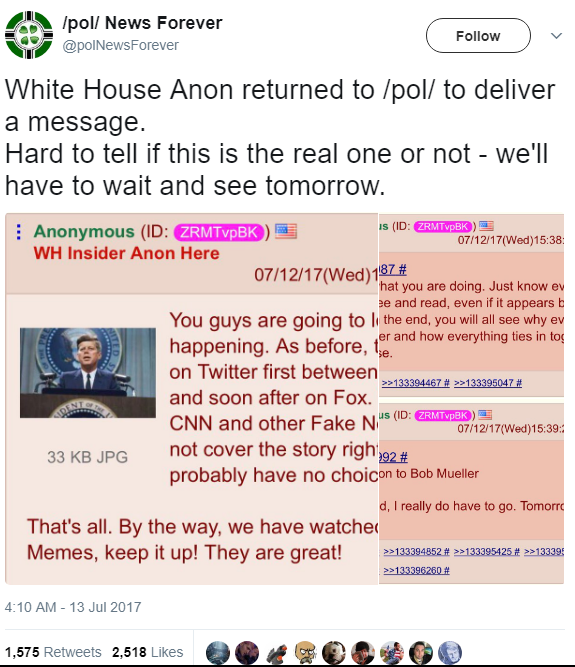 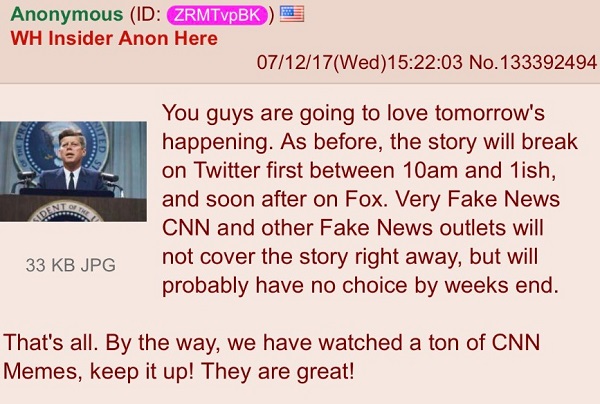 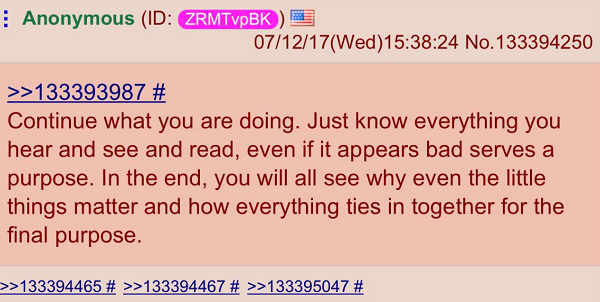 posted on Jul, 13 2017 @ 12:38 AM
link
MAKE NO MISTAKE; this was the beginning of the controlled and calculated machiavellian russia story. They've been sitting on this, a proven setup for months.

What better reason would they have to subsequently blame the DNC leaks on Russians?

originally posted by: burntheships
a reply to: Greven

he should have stood up to Republicans

Both are to blame.

Obama and Clinton were opposed to the Maginitsky act, worried
about all of the money from the Russian Reset!!!


Today, the White House argues that sanctions are the only way of punishing Russia over Ukraine. Two years ago, by contrast, the administration tried to stop the Magnitsky Act — named after the dead lawyer, Sergei Magnitsky — in its tracks for fears that it would derail its efforts to "reset" relations with Moscow. The tortured history of the legislation underscores the administration’s conflicting impulses when it comes to Russia and its ongoing struggle to decide if Russia is a rival asserting its power or an adversary actively seeking a confrontation with the West.

originally posted by: LesMisanthrope
This is all too mind-boggling to keep up with. Utterly fascinating.

What really SUCKS, is that with a REPUBLICAN Department of Justice, Senate, House...all they can say when these Obama Administration CRIMES are brought to their attention, is: "We'll have to look into that".

Comey broke the law: We'll have to look into that!

Loretta Lynch conspired with Comey: We'll have to look into that!

Susan Rice Unmasked and leaked!: We'll have to look into that.

President Obama IGNORED AND DENIED Russian Hacking: Oh yeah? We'll have to look into that!

WHAT THE PHUCK IS WRONG WITH MY PARTY LEADERSHIP???

Natalia Veselnitskaya says, "Yes!" and posts proof, via a photo.