page: 1
26
<<   2 >>
log in
join
share:
burntheships
+3 more
posted on Jul, 12 2017 @ 08:46 PM
link
The former DNC chief of staff in finance, and two Dem donors are
the plaintiffs, against Donald Trump and Roger Stone.
The case is organized by former Obama administration
lawyers. The 44 page complaint contains no evidence that supports
the accusations that Trump and Roger Stone are responsible for
the leaked emails, which were published by Wikileaks.

The official complaint, filed to the district court for the District of Columbia, alleges that the Trump Campaign "entered into an agreement with other parties, including agents of Russia and WikiLeaks, to have information stolen from the DNC publicly disseminated in a strategic way that would benefit the campaign to elect Mr. Trump as President."

If the case is dismissed for lack of merit, which is likely
this will just be more egg on face of the DNC.

If it is not dismissed, I wouldn't imagine these people
are very bright for asking for an investigation in which
they themselves as Democrats can't block the evidence.
I would imagine at that point it would be Bring It!

Copy of complaint is here:
www.documentcloud.org...

Roger Stone is on You Tube live, with AJ.

It's side splitting funny...

posted on Jul, 12 2017 @ 08:57 PM
link
Prove it, I personally am sick and tired of all the histrionics. This is getting old fast. You lost, face it and move on. Build a freaking bridge and get over it, please, now. The countries time and money are just burning and burning. Focus on the American people, you know, the ones who elected you, and not each other. Get something done besides mudslinging! Enough already


If they REALLY cared about the poor people as they claim, don't you think they would be better served to spend their money doing what they claim to care about rather than on frivolous lawsuits? roflmao

The former DNC chief of staff in finance, and two Dem donors are
the plaintiffs,

Don't they realize they're going to bury themselves and the DNC?

That is a massive double edge sword and the Democrats did not think this one thru. By doing this Democrats / DNC just opened the door for records to be subpoenaed and people connected to the case to be deposed. That will include the line of questioning into the DNC server and if it was hacked or if it was an inside job. Crowdstrikes conclusion and methods can be scrutinized and they can now be forced to turn over detailed records that support their russia claim. The DNC can also be forced to turn over their servers for forensic analysis.

They will be able to depose Democrats about their ties to Russia / foreign governments as well.

The DNC has gone stupid. It is one thing for Democrats / DNC to lob accusations at Trump via the media. Doing it in court they face 2 major problems. If they are ordered to turn over vital evidence, like their DNC servers for forensic analysis and refuse, the case can be dismissed, forcing Democrats to defend that action while offering nothing to support their claims. If they do turn it over and it turns out they werent hacked, then they face that problem as well.
edit on 12-7-2017 by Xcathdra because: (no reason given)


They just don't get it...apparently they are
all still in denial. Somehow they think they
can get thier dignity back and win the election
if they just keep repeating "Russia Russia"

Trump is behind this.

You heard it here first!

originally posted by: burntheships
a reply to: seeker1963

Pelosi, again during a news conference, referred to Trump as President Bush. and Democrats are calling Trumps mental health into question.

I just watched AJ and Stone LOL ....LOL... Its a good thing Alex is not violent because he has a lot of passion . The commercials are hilarious ...super male vitality ...its good just not that good lol
edit on 12-7-2017 by the2ofusr1 because: (no reason given)

posted on Jul, 12 2017 @ 09:23 PM
link
This is crazy, none of the intel agencies have any evidence that Trump had anything to do with WikiLeaks so what makes them think there would be enough evidence to successfully sue him for it?

Sometimes it just seems they are attacking Trump just so they can have another headline to report, no matter how false or illegitimate the attack is, because they know people only read headlines and nothing more.
edit on 12-7-2017 by anonfamily because: (no reason given)

I don't see that they really thought this out.
Every witness, Podesta, Clinton, DWS, even Obama
can be subpoenaed.

Not to mention Seth Rich and that whole can of worms!


The DNC has gone stupid. It is one thing for Democrats / DNC to lob accusations at Trump via the media. Doing it in court they face 2 major problems. If they are ordered to turn over vital evidence, like their DNC servers for forensic analysis and refuse, the case can be dismissed, forcing Democrats to defend that action while offering nothing to support their claims..

And could Trump use evidence gained by private Sueveillance?

In theory all democrats should be rather embarrassed at their overall collective conduct in the last 50 years - shafting Americans over and over again so that the DNC's leaders can get rich (as just one example: lots of questions are going around not on CNN about Mad Max's 3 estates that are beyond the reach for her earning capacity - yet they are part of her personal portfolio) 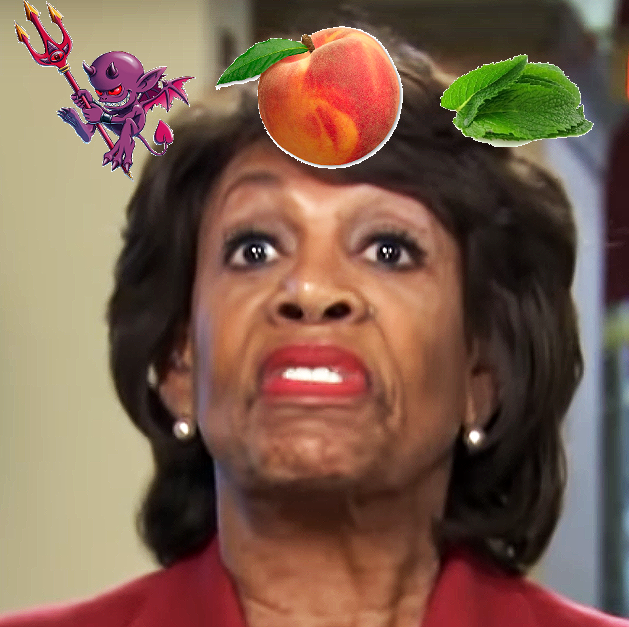 Maybe this is part of the Dem plan to clean house using external cleansers. If all the dolts are in jail or under indictment, they have a clean slate to start with. Any smudge on anyone would remove them as a candidate in the public eye. This may be the way to get rid of Hillary for good and her coven along with her.