posted on Jul, 12 2017 @ 01:41 PM
link
Cow Tails are a long, chewy caramel candy with cream on the inside, so named apparently for their resemblance to, you guessed it, cow tails. I used to eat them all the time. Just recently I got a bag of them and was surprised to notice they are now spelled "Tales", not "Tails". Apparently many other people are surprised by this as well.
Not sure what was up with Amazon, but even they showed them as "Cow Tails" in the screenshot I got. Does Amazon list typos as "Featured Brands"?
What say you, ATS? Were they always "Tales"? How does "Cow Tales" even make sense? "Cow stories"? 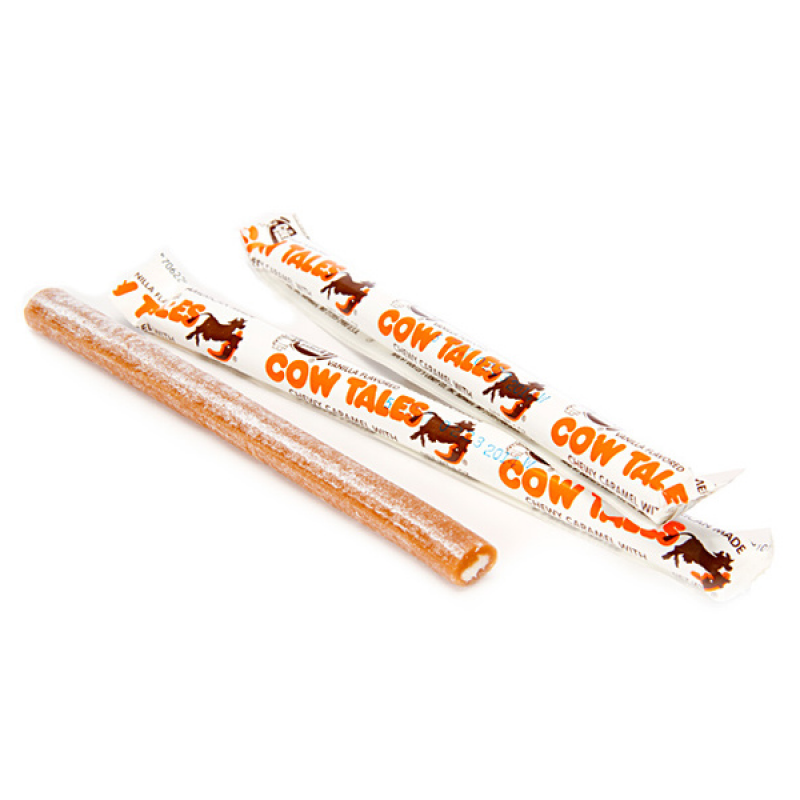 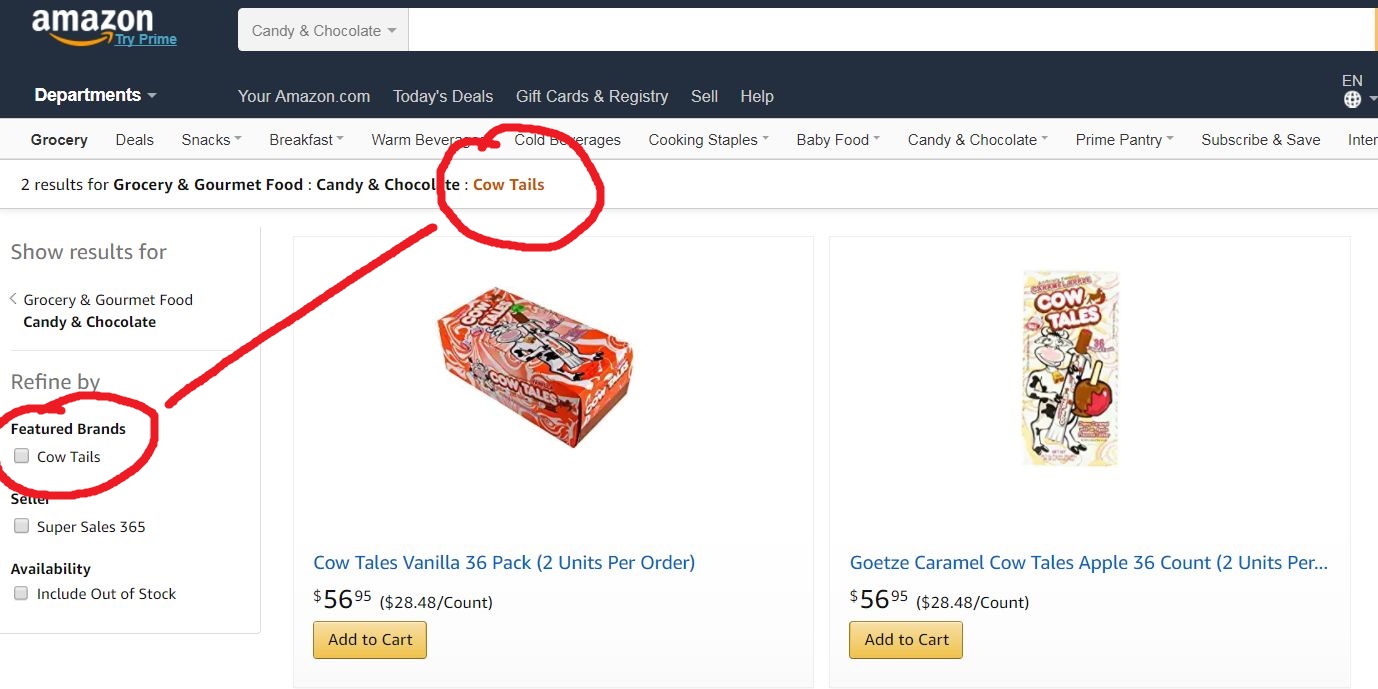 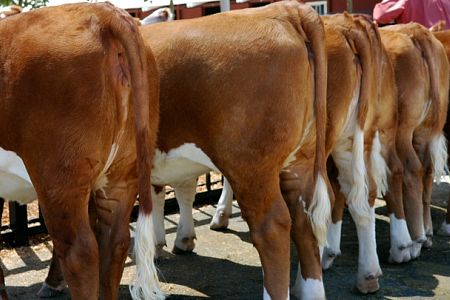 posted on Jul, 12 2017 @ 01:51 PM
link
1: someone on amazon screwed up.
2: they were once spelled tails and the company rebranded
3: parallel universe shifting timelines Mandela effect

Pick whichever makes sense to you.

Maybe I am mixing up Djibouti and Houthi and imagined a hybrid old name? I don't know. My parents have a globe with the Soviet Union still on it, so I will check it later.

Sorry never heard of them must be a local thing but Cow Tales just sounds strange to me. Interesting find though.

OP, you are not the only one who has noticed the spelling differences.

originally posted by: roadgravel
There are records for Cow Tales in the US trademark office for first use in 1984.

The whole point of it being a ME is that all reference to the original no longer exist or exists as a residue.

I remember it as cow tails.. though i didn't have them often.

If ME is real then its probably caused by experiments as the changes are all tiny providing plausible deniability.

It wouldn't take much.. return to the invention of said object and either a) change the object yourself or b) whisper in the inventors ear.

The changes aren't large yet but eventually they might be.

Imagine if Kennedy hadn't died or Hitler had won or never been born or Hillary had become president...


The whole point of it being a ME is that all reference to the original no longer exist or exists as a residue.

I'll agree with that part of that point.

So not finding a good reference to TAILS might help support the ME.

If there had been a tails then maybe the product was renamed or a different company produced that one.

posted on Jul, 12 2017 @ 03:50 PM
link
I think as kids, youd think Cow Tail, as it makes more sense, you wouldnt question the spelling. even on candy blogs people use both spellings.

or Hillary had become president...


please do not ask us to imagine such horrors. I sleep better when I am being torn apart in dreams by demons than to envisage a HRC POTUS.

posted on Jul, 12 2017 @ 03:55 PM
link
a reply to: trollz
Sometimes people make a conscious decision to change things. When that happens, it doesn't count as a Mandela effect.
When I was young, we used to be able to buy sweets called "gobstoppers" (because they had the effect of stopping up the "gob", or mouth). Then one day they were re-labelled as "Whoppa stoppers". it seems that somebody thought the original term was too vulgar to be used commercially.
The replacement of "Cows' tails" by "Cows' tales" looks to me like a conscious change of exactly the same kind, with the obvious purpose of avoiding the unsavoury associations of what lies in the vicinity of tails. Much more "refeened".

originally posted by: DISRAELI
a reply to: trollz

When I was young, we used to be able to buy sweets called "gobstoppers" (because they had the effect of stopping up the "gob", or mouth). Then one day they were re-labelled as "Whoppa stoppers". 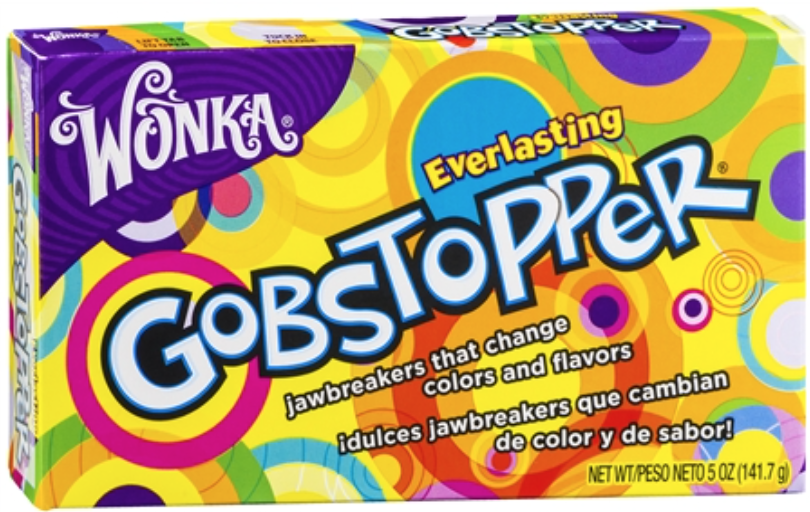 posted on Jul, 12 2017 @ 04:54 PM
link
a reply to: gr8skott
Yes, probably. There was a moment in my childhood when the label on the jar in my local shop changed from "Gobstoppers" to "Whoppa stoppers". Presumably just that particular supplier.

posted on Jul, 12 2017 @ 05:51 PM
link
I can't get past how often these more Common "M.E." findings are related to some sort of Advertising or to Trade-name. Many times they also seem to be words with multiple spellings or some sort of slang. Tales-Tails, Tunes-Toons ETC. Honestly it almost seems as if some computer program is altering things to often be grammatically correct, or as close as a computer could get with no knowledge of how people actually talk/ed.

We hear that some of the fundamental maths related to String Theory and Mandelbrot Sets are the exact same as what we find in the code of Internet Search Engines, not like the same code but actually is the same code. That coupled with the effects we as Observers have on the outcomes of physical events in our Universe makes me wonder if just by creating Google and the like we inadvertently physically linked the two worlds. Now that it is so widespread everything we search for is formatted the same for us all. One simple error or change and the Collective Consciousness combined with the Virtual world to make permanent physical changes to our reality. The common thread between both the Physical and Virtual worlds is Electricity, the spin of electrons reacting with the world around them permeates all of existence.

While on the Subject i have discovered one of my own. Maybe some other old school guitarists will relate.
What are now "Hamer" Guitars I remember as "Hammer" Guitars. Primarily because of particular model guitar they made. In fact it is the only model I know of from the brand. The "SlaMMer". Let's see HAmer Slammer, or HaMMer Slammer? Hamer(pronounced Hey-mer) Slammer just rolls off the tongue. I still remember the white block double MM on the headstock.

Guitars are often named after a maker so you wouldn't be wrong to assume that happened here. While you aren't wrong to assume that, but this time it is WAS wrong at least for a moment. No one named Mr or Mrs Hamer had a hand in this company. It was started by a well known luthier Jol Dantzig and a guy named Montgomery, at least that is what the Wiki said when I first discovered someone calling them Hamer in a video a few months ago and went to research what I knew had changed. I remember thinking, why would you name your Guitars Hamer if it's not a family name? I also remember thinking Dantzig?! where did the "T" come from? Then went and jammed Mother in a Danzig memory moment.Well, none of that matters because, Now the Wiki lists a Mr. Hamer. I know I risk being excommunicated by the membership for having a faulty memory, but I know what I saw. Maybe the search engine hadn't caught up with all the changes or maybe as more people notice a change more evidence is created to back up the changes.

Thats right, NO ONE has all the answers. Many claim to know it all but I promise, NO ONE does. We live in a very amazing place that is in a constant state of change. Maybe tomorrow will bring the answers we seek.