The Crown Prosecutor Sounds like something from a Nigerian Prince's email telling me he's leaving 15M.

Neither of us could be considered an authority on such a thing as we by far do not have the experience to be such. So whether we differ or not matters none...At least as far as the law is concerned. So while in your opinion it is wrong/illegal in legal reality you must prove it by the citing of laws using the definitions of words in a legal sense. It can be wrong in our eyes all day but without the actual legal precedent it matters not.

Edit: I have to go back to work now...Only get an hr for lunch. I will keep checking back when I can though as I am happy to debate this until a real answer is found.
edit on 11-7-2017 by RickyD because: (no reason given)


I looked at this, and here is what can be stated:

It is highly suspect. The very terms that are used, gives it away as either a lie or false. From what I could tell, there is no Crown Prosecutor of Russia, that title does not exist, as there is no royalty that has any sort of position in Russia that would indicate such.

As much as I do not like Trump, this stuff released, pretty much does not hold up, and is suspect as being fake.

originally posted by: pavil
The Crown Prosecutor Sounds like something from a Nigerian Prince's email telling me he's leaving 15M.


Or an attorney, working on behalf of the state, in a country with a constitutional monarchy.
2nd.

what you are failing to realize, on purpose or otherwise, is this ' dirt' may not have had any impact on the election. second, the dirt is of Hillary possibly doing backhand deals with Russia. and lastly, Trump would have to have a press conference saying I used the help of a foreign government operatives in the mix of the election of the USA in 2016 for his mong cult members to have the testicular fortitude to admit; after which they still would be deflecting...

Every drop of blood & ounce of treasure this nation has spent the last 60 odd years has been in proxy wars against "dear mother Russia".

Did anyone else catch THIS:

Sounds like it was a mistake of someone in the Commonwealth.

'doing to this nation"
Like what? Bringing back the jobs that Obama drove away? Getting rid of BS restrictions on small business that Obama put in place? Gasp! Actually trying to help Americans instead of apologizing to the rest of the world? Fighting against one sided trade deals that screws America is a bad thing?
Damn him!! How dare he put America first!
The past 8 years of Democrats fu** ups has us where we are and the idea of a President trying to turn that around has you guys in a panic?
smh

So you guys are the new Catholic church circa 1478 is what you are saying?

You tell us who our enemy is and what is "evil"?

IF not, I welcome more Russian Truthers from now until such a time as the vile monster that is the DNC is dead and in hell.

Dems read this as big bad Trump being busted, when in reality it's just more evidence to support locking Hillary up lol.

It makes me feel good when I see stuff like this in the news. It reminds me of just how badly they are losing and it's entertaining to see the distance they are willing to go to continue the lie despite knowing that they have zero credibility left.

It always blows up in their face, I've just come to expect it. I actually get excited when I see NYT and WaPo put out these desperate cries for help.

originally posted by: DAVID64
a reply to: bknapple32

So? You know there are lawyers in on this. At this level, you don't make a move without a lawyer looking over it and I guarantee they saw no harm. You guys got nothing. Again. You keep hoping to bring down TRump and you seem to keep forgetting you'll get Pence.
Keep wishing, but don't start whining if you get what you want. You did it to yourselves. As usual.


It was GOING to be released anywayz....

Junior is just TRYING to control the narrative... 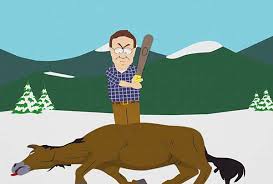 Getting political dirt on an opponent is illegal how??

from a foreign adversary... Yes... Do some effing research

Wait, they an adversary???? I bet you're REALLY angry about Hillary and Podesta's dealing then

I think it might have something to do with the fact that the author of the email is British. Nothing was produced either but unless they're lying, the Agalarov's met with *somebody* and thought the woman would have *something* of use for the Trump campaign.

I don't think it's that significant of a detail that their British emissary got this title wrong.

To the point of sdcigarpig though, the email itself is very real unless Donald Trump Jr personally released fake emails which don't cast him or his associates in a very positive light. That seems unlikely.
edit on 2017-7-11 by theantediluvian because: (no reason given)

Be angry at them all ffs.

underwerks
+4 more
posted on Jul, 11 2017 @ 01:18 PM
link
It's so fun watching Trumpets try to spin this. Telling everyone else they're falling for something, while they are the same people who unquestionably believe every Hillary is about to be locked up BS story that comes out.

Or the "end of CNN" Project Veritas videos that fell with a dull thud.

I guess it's only acceptable when the Trumpers do it? I see post after post from Trump supporters quoting fake news articles multiple times a day! It's the biggest disgrace to ATS. People used to tell me that only weirdo's and tin foil hat wearing people use ATS. I used to defend the site constantly. But the now with Trump being President and all of the fake news Pro Trump posts I am starting to think the naysayers about ATS are correct. Just reading the comments from the Trumpbots proves that mental illness is the biggest issue facing our country right now! Please get help.