So Trump Jnr didn't release those emails?.
Blind you are...at what point will you have doubts about trump?.
edit on 11-7-2017 by testingtesting because: (no reason given) 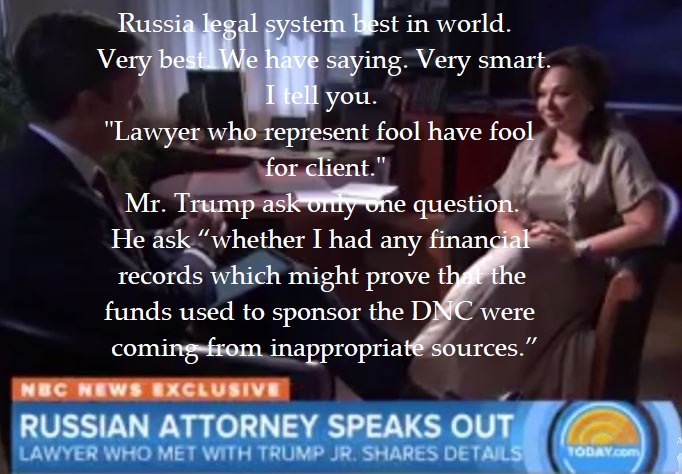 I posed a question to you very far back in the thread...Should show up in your replies tab. Care to take a stab at answering it. Hint it has to do with making the legal argument to actually prosecute Trump over this. If you can do that you may have something...Until then this is more nothing. Full disclosure I think you saw my post and didn't want to touch it cause there was no way you could make such argument...But I'll give the benefit of doubt to you and ask again.

If you'll notice, I didn't post anything for a couple hours in the middle there because I had to go on site for a customer meeting at work. I didn't see your question then but I'll gladly answer it now.

Regardless of whether or not what he did or attempted to do was illegal, it is an example of something that has been vociferously denied — lied about at all levels of Team Trump — for the better part of a year. It matters to some of us whether or not there's an indictable offense. It matters for the reason I just mentioned and it matters because there are still those of us who see Putin and his regime for what they are and even less than we appreciate lying about it and being called crazy and worse for pointing to the clouds of smoke billowing from this corrupt campaign of cronies, we find it morally repugnant that in an effort to win election to our nation's highest office, that these assholes would seek support from a regime whose interests are not only not aligned with our own but most often conflict with them.

As far as the legal issues. I honestly don't see anything here that a prosecutor would touch. The only statutes that could potentionally be applied have never been applied to a similar circumstance.

Clearly his lawyers are of the same opinion or he would never have published the emails, confirming their authenticity and making them admissible in court.

Were there evidence that he received something (like how that Florida GOP operative got gigs of voter data) that could have had a monetary value attached to it, then we might be having a different conversation.

That doesn't detract from the significance in my view.


Every drop of blood & ounce of treasure this nation has spent the last 60 odd years has been in proxy wars against "dear mother Russia".

Every? Hyperbole much. Never mind the interference in South American politics, or the Middle East. But its always been against Russia in your Joe McCarthyian view. Do you get out much? 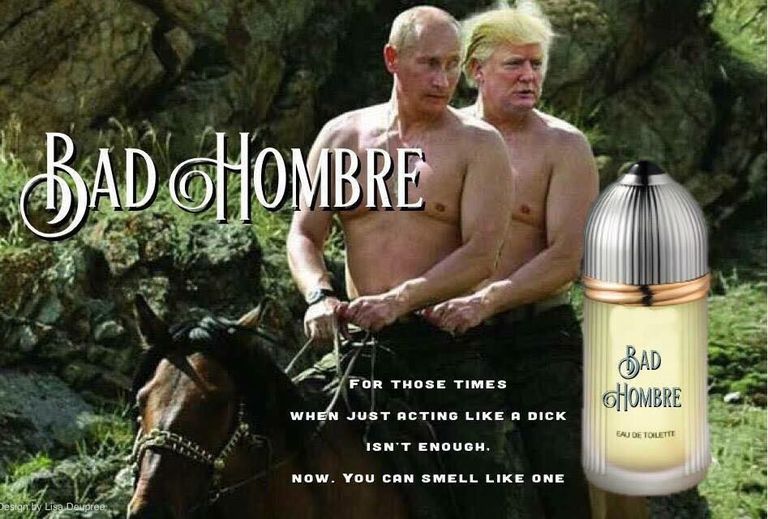 Thing is making me want to kick ass and chew gum but never buy gum.

Thing is making me want to kiss ass and chew bum but never buy bum.

I agree - but liberals don't seem to have woken up from yesterday.

Medical science has not yet progressed to the point when we can predict when liberals will come out of their self-induced comas.

The 2018 elections might be past us, before they wake up.

This coming from the guy who tried to compare trump to moses.

Doubling down on stupid

Well comparing Trump to Mao,Stalin and Hitler is equally stupid. Both sides have a weird habit of choosing moronic comparisons.

Both sides have there idiots thats for sure

I can understand how you would feel that way, what I don't understand is why you never made it your mission here to post thread after thread about the many other lying politicians that have been uncovered within the last 2-4 years. Many of which had much more evidence to go on than this whole Trump thing has. Why now and why Trump when anyone with 2 brain cells to rub together knows most if not all politicians lie and play the game to our detriment and their gain.

Again I feel like you're a pretty intelligent person and no one needs to explain to you what kind of people all politicians are. It's just hard to take seriously when you've not really made a big deal about it until Trump...Who you made known was not your pick for president.

It's not just you either it's quite a few people on both sides who seem to play favorites with sides when in reality no politicians care one lick about any of us unless it benefits them in some way.

Edit: I also understand work getting in the way...It's prevented me from replaying as much as I wanted to in this thread as well.
edit on 11-7-2017 by RickyD because: (no reason given)


Not as much as mini-Putin riding a bird attacking a toddler with Gandalf and a stormtrooper.. 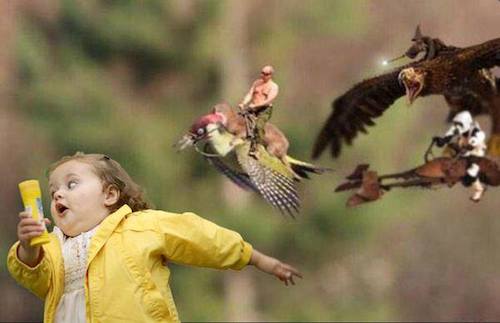 Ok I'm done with the memes


Trump and his incompetent gang may have been set up


And why this comes out AFTER the G20. For all the supposed Russian US friendship Trump still hasn't taken the sanctions away


Trump may be over his head here

He’s got the deep state trying to nail him….Drip…drip…drip


And he may have the Russians blackmailing him

posted on Jul, 11 2017 @ 06:10 PM
link
i cant take this forum seriously anymore. you folks are more hysterical than trumps presidential campaign, and that really is saying something.

Wondering if SECRET TAPES from a certain hotel in MOSCOW really do exist...???

And if PUTIN isn't happy with sactions not being lifted...

Will WE get to "see what cannot be unseen"

originally posted by: testingtesting
a reply to: RazorV66

...at what point will you have doubts about trump?.

I think the answer is simple. If any information is uncovered or released that liberals DON'T have to dress up and embellish to be crime or impeachable act.

When the left has been caught lying and spinning narratives for so long - the only thing that will ever be effective is solid evidence of a crime.
edit on 11/7/2017 by UKTruth because: (no reason given)


What do you say about the fact that the Russian party in the email chain did not work for the Russian government?

Simple evidence of any wrong doing will be fine.
When you have any then the laughter can stop and the conversations can begin.

I think solicitation is what underscores collusion.

And so therefore you admit that the Democrats won't ever offer any actual evidence of a crime.