posted on Jul, 11 2017 @ 05:50 PM
link
From what little I actually know thus far, i'd say there seems to be a very thin line between right and wrong here, possibly even as far as criminal. There's too much noise currently and haven't had the time to digest everything.

Though surely if Clinton's lackey's were caught doing the same we'd all cry foul. Not like Mrs Teflon would get in trouble but the right would be screaming foul. Regardless, this doesn't bode well for Trump because now Dem's see blood in the water.
edit on 11-7-2017 by Rosinitiate because: (no reason given)

originally posted by: havok
a reply to: windword

Easy. The information tied HER to the Russians.
Not Trump.

What's do they need to lie about? 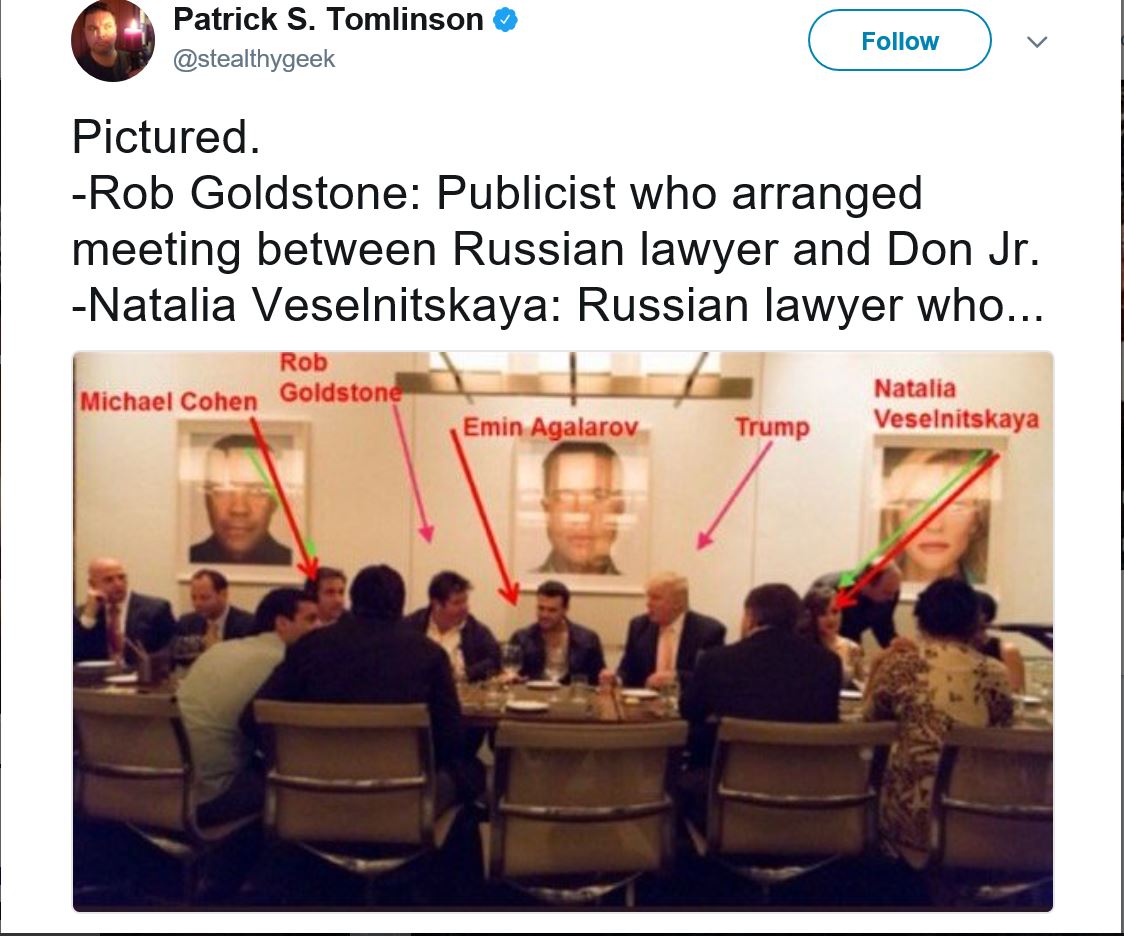 Don't think Presidnet Trump knows the guy, Emin, who asked DT Jr for the meeting on behalf of Emin's father and Natalia, the Russian Lawyer lady?

originally posted by: whywhynot
That's what is is, a game. Because as we all know op research is done by all parties.

Another great big fat nothing burger.

Libs are losing support with every nothing burger that they launch.

I hope they never learn actually.
It's driving more votes from the left to the right, more winning for the current admin.
2018 midterms are going to show proof of that.

Needs it's own thread that pic.

posted on Jul, 11 2017 @ 06:17 PM
link
Is this what cognitive dissonance looks like? Trump supporters claiming this is some sort of 'proof' of some damning evidence against Clinton while everyone else is like, 'this is collusion with a foreign power against a political opponent.'

I don't know what it will take to convince some of these people that what the Trump campaign did was, not only illegal, but verging on treasonous.

Now, mind you, this shows nothing of anything against Clinton which is exactly why Trump Jr released these emails. He seems to believe that because the campaign didn't get anything to use against Clinton they didn't do anything wrong in this meeting.


This has been discussed extensively in the media. This law is talking about money. In theory, one can try to claim that information is valuable, but this law has never been interpreted that way.

And as for "treason"? Please tell me that you know that treason is defined in the Constitution, specifically to prevent this sort of idiocy.
edit on 11-7-2017 by AndyFromMichigan because: (no reason given)

Natalia has nothing to do with the Russian government. Even if Natalia donated a trillion dollars to the Trump campaign, it's still not illegal.

You're right, we'd have to be at war with Russia for it to be treason. But we're not so it's not.

The law isn't talking about money, it's talking about 'anything of value.' I'm going to suggest that opposition research is a thing of value that can be bought through paying an individual or organization to carry out said research. If the Russian government was offering up this information freely, that would be a contribution that the Trump campaign wouldn't have to pay for. Even if it didn't pan out to anything they could use in the campaign, it's still illegal to have even tried to obtain this information from a foreign national or a foreign government.

Ya know what? I don't think the GOP senate has the guts to investigate or even hold hearings on this, it's party over country and they're going to milk Trump for all that he's worth so they can push their agenda. If it really came down to it they'd dump Trump just to get someone reasonably experienced in politicking in the presidency if things started going anymore south than they already are.


originally posted by: windword
a reply to: gortex

The other shoe has dropped!

I don't see how they can blame Hillary or lie their way out of this. This is the beginning of a very incriminating evidence trail.

Every time something like this comes up, the Left just go nuts. How much more "Lose" can the "Progressives" take?

Guess what? Betcha it gets a lot worse for the Left, before (if?) it gets better... 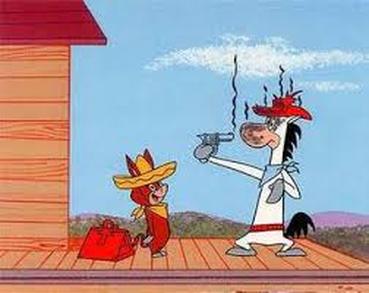 Whats illegal about it?

About treason and collusion, look no further or maybe dig in to Obama's Iranian deal .

So what is the value of this information? 0 dollars? 1 trillion dollars?

originally posted by: windword
a reply to: mkultra11

Clinton PAC used Steele - a foreigner to US shores - to gather oppo research.
Closer to home - the DNC worked directly with the Ukranian govt to dig up oppo research too.
No getting away from it - you are either outraged by both, neither, or a hypocrite.

I tried to find some of your posts complaining about the DNC working with the Ukrainian govt... nothing to be found.

Do the DNC not do the exact same thing, as well as Republicans during elections? The aim of the game is to dig up dirt on your opponent.

Did CNN meddle in the election when they dug through archives and gave DNC audio of Trump saying "grab em by the pussy?"

Or 250 million in personal assets after a "poor mans run" in politics. They all broke son!

Trump is a Billionaire. He sprinklin the spicy

Only bernie know how it do. Driven dope exotic cars to his mansion and stuff.

It started with a Republican PAC that was running low on cash and then went to a Democratic PAC to pitch in. Please get your facts straight!

Anyway, you can thank the Supreme Court for that. They ruled that PACS can do that kind of stuff! Campaigns cannot. Control freak and king of paranoia Trump should have been using a PAC instead of his campaign to make deals with foreign nationals.

What deal exactly? Natalia would give dirt on Hillary for free?