you figured it all out and so quick too! Oh well guess we shouldn't even check them since you say they are a deflection. When the podesta emails came out did you believe they were real? not saying they are or aren't but I will reserve judgement even if you already know.

posted on Jul, 10 2017 @ 09:14 PM
link
What kind of person says it's probably nothing without even looking? Can you imagine going through life using that mantra? We'd still be isolated to a single continent! Let those with fortified systems download and test each file. I've got it on a thumb drive already, just haven't opened it.

Then I found this...

In July 2015, Dotcom said he doesn't trust Mega service in a Q&A session with tech website Slashdot, claims the company had "suffered from a hostile takeover by a Chinese investor who is wanted in China for fraud" and that the New Zealand government seized this investor's shares and now has control of the site.

Dotcom encouraged readers not to use it and that he plans to set up a completely open source nonprofit competitor. Dotcom announced on his Twitter account that he plans to release a detailed breakdown of Mega's status. Mega responded that the authorities have not opposed or interfered with any of Mega’s operations.


I'm not sure if it's accurate, but just a heads up. I also learned that he stepped down as director in 2013. Mr. WhiteRabbit also tweeted this about an hour ago.

originally posted by: jhn7537
Seth Rich murdered exactly a year ago, and this is released on the anniversary of that day... wow... (grabs popcorn)... Interested to see how Trump handles this...

Remember the 1st Rule in Journalism nowadays "If it bleeds, it leads, if it isn't bleeding how much $$$ can We make when folks start linking...? "

Since I seem to be the only one to have said that it is probably a whole lot of nothing on page one, I feel this is aimed at me.

The real problem I find these days is the bunch of people who don't bother to look but buy into all the BS click-bait stories posted, re-posted and shared by everyone and their grandma. 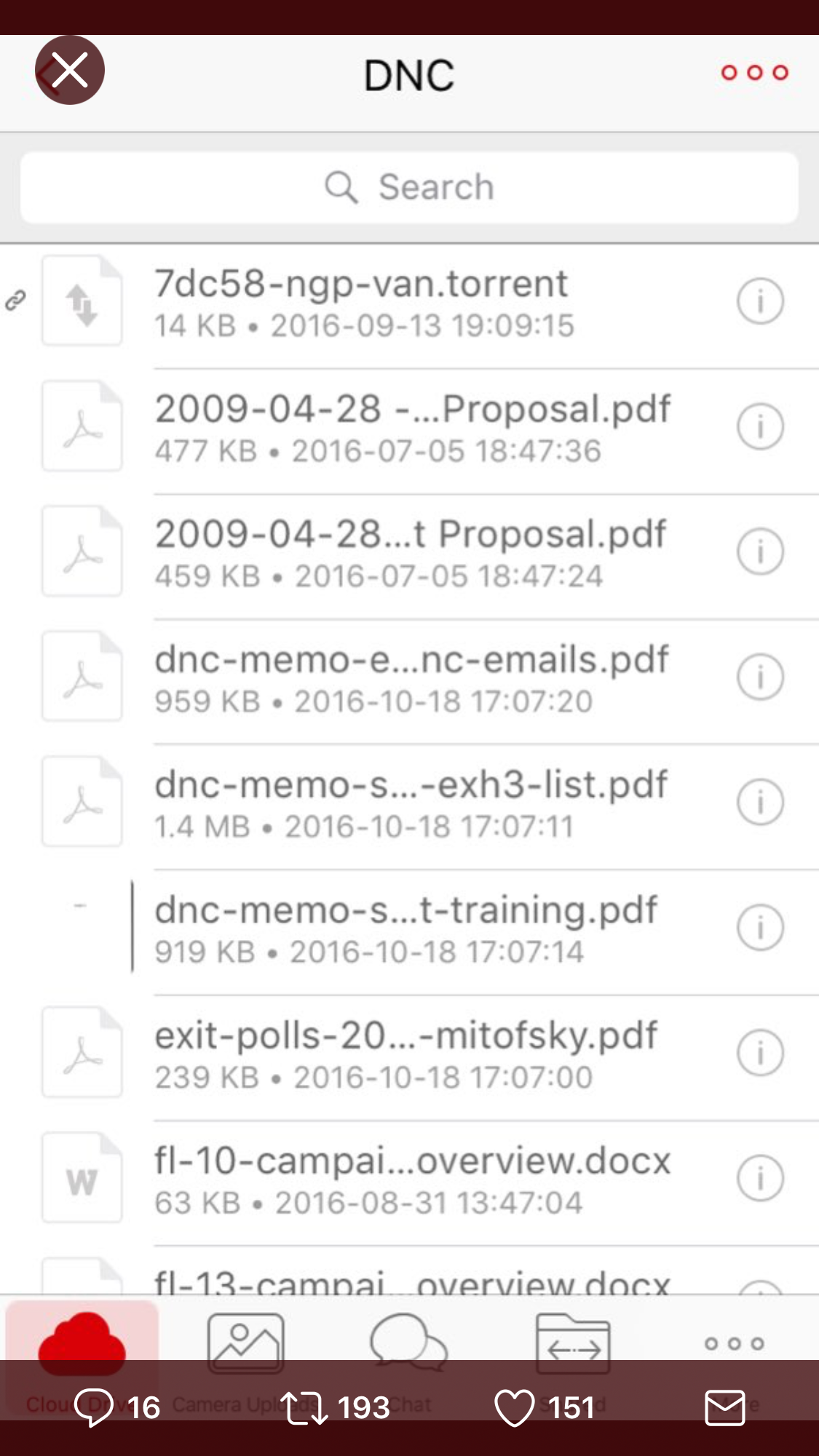 originally posted by: Crumbles
a reply to: windword

I agree, but if it's legit and you want it to go viral, the best way is to use what works (you'd have to force the MSM). Sadly, what you find to be the problem is also the solution for spreading both herpes and a cure the fastest.

I hope my computer doesn't get herpes.

The world is due for a cure.

originally posted by: JoshuaCox
a reply to: Ares2493

As soon as a real news source says it is so..

That will be front page global news..

If gateway pundit is the only place we hear that then obviously just another fake story from them.

The funny part to me will be when it turns out to be fake, like most gateway pundit stories and then people still keep posting their stories..

As if they actually have investigative reporters and are not just a compilation site...


Exactly what do you consider as a real news source?

This is not sarcasm, considering Operation Mockingbird, who would it take for you to believe the information presented?

With all that has been released, do you not have an understanding the the DNC is corrupt beyond believability, this includes the MSM.

My point was that if there was any actual love put into it then they would trim all the fat and just offer the goods.

Kept checking and the first 10 were part of the old batch.

posted on Jul, 10 2017 @ 10:20 PM
link
They 'were released' several times last year... but then they weren't, actually. It's too bad this thread is sure to endure pages of bickering before it gets figured out.

As far as I could tell the chatter round the web is that's all it is...A rerelease of the WikiLeaks dump. Guess we will find out by morning what's what though.


originally posted by: Crumbles
a reply to: windword

Knock me down with a feather!

This is FAKE NEWS! LOL

So what news is dropping that's bad for Trump right now?

This wording has been added at the bottom of the article:

"UPDATE: We are looking to see if the emails in pdf form were released in a prior document dump. We are still analyzing."

They should have performed this analysis before release. Makes GateWayPundit look like a rank amateur.