First off, I'm posting this here as its the most appropriate for strange, unidentified happenings in the sky. By no means am I saying what it is, or isn't.

Last night at 3:30am. I woke for no apparent reason, and noticed a really bright light over the fields behind my house. I laid there watching it for 5min or so. It was glimmering unlike a star. Occasionally, it would move just enough for me to see that it was not stationary. So I did what any member of ATS would hopefully do, I went out on my back deck at 3:30am and snapped a photo!

At first I thought it was a loss because I couldn't get it to focus on the light. But this morning when looking at the pic I took, I noticed stars in the background were pin point, so what I was seeing through my camera, was actually the object. To me, its very strange. Below is the direct link to the photo. I'm hoping users here might be able to look at this image in some sort of imaging software, to see if they can get more detail out of it. The pic is not manipulated what so ever.

Hoping some experts can shed light on what I was looking at.

Note: It was hovering out over the fields for approx 30min. The night was completely clear. It made no noise. No blinking lights, other then its own luminosity varying from time to time. Again, the way it was emitting light was unlike anything else I've seen in the sky. I was part of an astronomy club growing up, I'm well aware that this was no planet, or star.

After about 30min, I went to see again if it was still hanging around, and it was gone.


Note: It was hovering out over the fields for approx 30min. The night was completely clear. It made no noise. No blinking lights, other then its own luminosity varying from time to time. Again, the way it was emitting light was unlike anything else I've seen in the sky. I was part of an astronomy club growing up, I'm well aware that this was no planet, or star.

why not tell us what direction you were facing and roughly how high in the sky it was and then stellarium can be checked because being part of an astronomy club when you were growing up is just as good as me saying I can fly a plane because I made model plane when I was young.

I was facing north east.

It was about 40* degrees up from the horizon.

Its luminosity was constantly changing. At times it went very dim, almost to a pin point, then would flare back up and move ever slow slightly to a new spot. I thought maybe a helicopter, but it wasn't making any noise. There were no other lights other then what it was emitting. (Which was a gold'ish white)

posted on Jul, 10 2017 @ 09:46 AM
link
Any chance that combines might be working the area, their lighting is extremely bright. What you could do is to take a daylight picture of the exact area to gain some perspective, and since you do say the light was over the fields.


Venus is visible in the east before dawn this month rising around 2.5 hours before sunrise increasing to 3 hours as the month progresses. It magnitude dims slightly during the month from -4.2 to -4.0 as its angular diameter shrinks from 18.2 to 14.6 arc seconds.
www.jodcast.net...


originally posted by: Soloprotocol
It's a Planet.


Dont know as i dont know where you live.

I'm going with Venus. It can appear to move as it flickers blue and red, almost strobing.

Stellarium is a free app. and will let you know for sure.

posted on Jul, 10 2017 @ 09:57 AM
link
a reply to: Triton1128
Looks like most of the UFOs ive seen at a distance, lights in the sky with no discernible detail, but brighter than the stars. When i've seen Venus it usually has a slight orange tinge (and doesn't move)...

posted on Jul, 10 2017 @ 09:58 AM
link
Looks weird. Would you consider yourself a light sleeper or do you normally sleep throughout the night? Do you think the light from this thing is what woke you?

That's no planet. It's a space station.

posted on Jul, 10 2017 @ 10:05 AM
link
I'm usually a light sleeper. I just so happened to open my eyes, and directly out my sliding glass door this thing was shining!


I was thinking more along the lines of the space station would have crossed the night sky in the 5 min or so the OP watched it for.

For a former member of an astronomy club you are extraordinarily vague in giving us no details of directions, etc. I guess it was just more exciting it write this up for us to have us wondering if it was Venus or if you did see something.

posted on Jul, 10 2017 @ 10:25 AM
link
Looking at your image, specifically the stars you captured, then taking a look at Stellarium at about the time you're talking about, the stars in your image match where the Moon is: 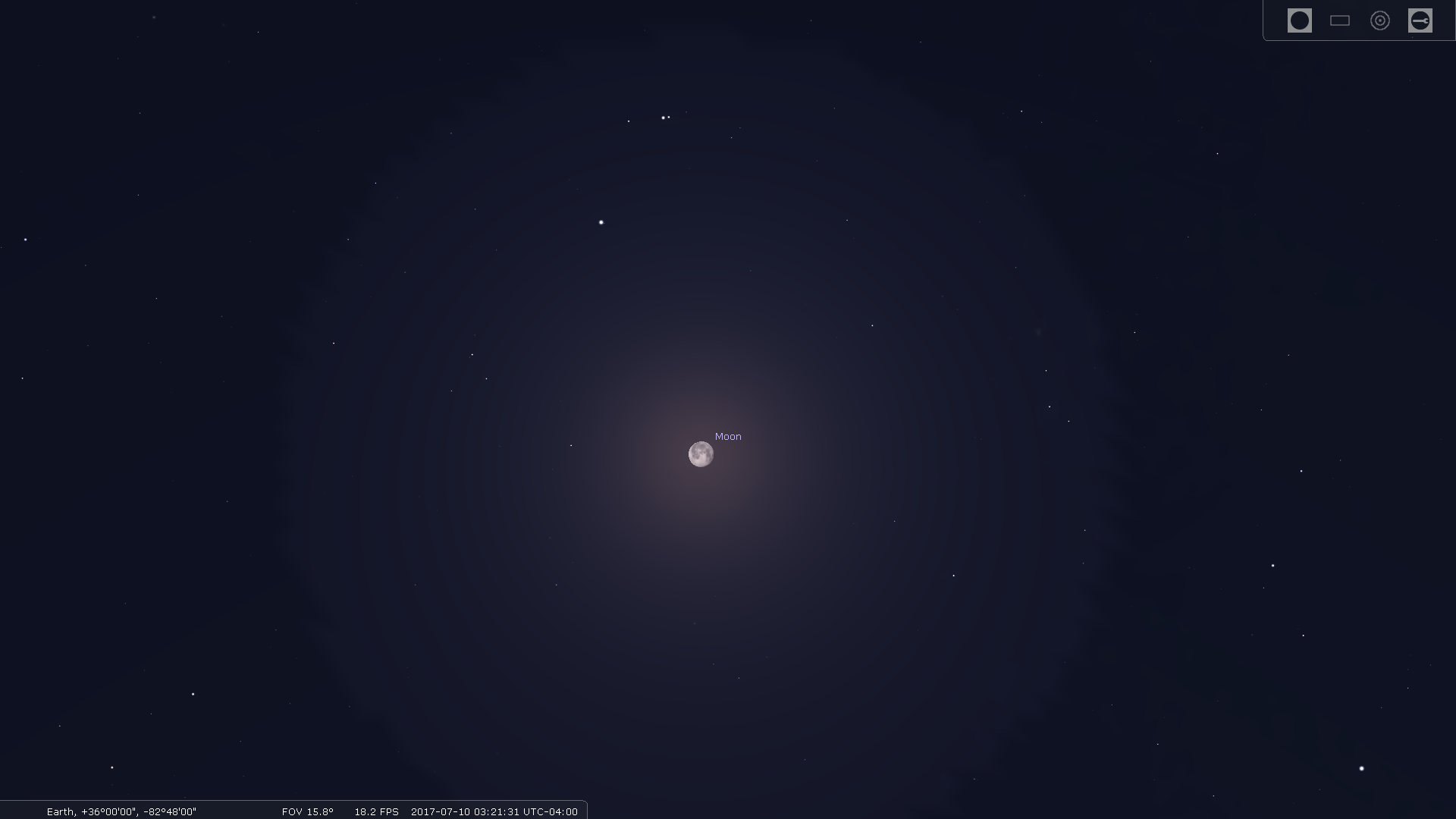 I don't see those 'pinpoint focused stars'... the object itself is out of focus, can tell by screen capture of zoomed image... 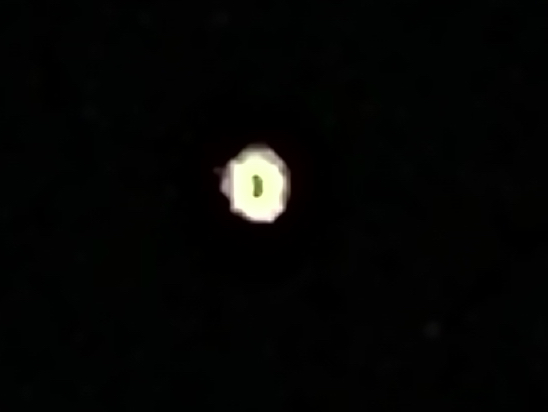