I've never met a Trump supporter that looks up to that kind of thing. Did CNN tell you that?


Nope. The OP and the posters in the several pro-Russia pro-Trump threads today did.

Putin is also anti-NATO setting up missile defense shields on every corner of his country. He's been saying it for years. NATO has Russia surrounded. Russia is huuuuge. I think he has more than enough power and just wants to not feel at the end of a barrel evertime he gets out of bed.

originally posted by: Wide-Eyes
a reply to: underwerks


Whether Trump has isolationist or globalist tendencies depends on what he has to gain. He built his business on being a jet setting globalist. He built his political career on catering to people that are naive enough to believe he isn't.

You'd have to be a little more descriptive of which instance you're talking about.

Having business interests around the world is totally different than being a Globalist. Again, I know you know this, but for some reason you are feigning ignorance. If Trump was a Globalist, why did he cancel TPP? Why did he pull out of the Paris Accord? Why is he pushing for border security? Why is he going against the Globalists on all of their most important Agendas?

posted on Jul, 9 2017 @ 08:26 PM
link
The Op has mentioned some of the good things of Russia, and that is stuff that some would know and many would not know. However, before you look at such and say this is or is not good there are a few things that should be noted:

Russia, is a country with a long history, going back far. It was the last of the autocratic countries in Europe, and one of the last to try to become democratic, and instead turned to being a communist country. Many of those policies and public works are from that time where it was the Soviet Union and many of its policies are reflective of such. While yes there is some good here are a few things that are lost in the process:

Freedom of speech. It is known and been shown that one in Russia does not have freedom of speech. Speaking out against the government is highly frowned on, to the point too much and one finds themselves in prison, on valid and false charges, or killed.

Freedom of Press: Here again, the press operates at the pleasure of the state, and any sort of exposure if it makes Putin or any of his friends look bad, are often shut down or the journalist in danger.

Political opposition: Highly discouraged, those who do such often end up dead, and no one seems to know or will come forward with any evidence on such.

Freedom of Religion: Believe it or not, there is a law in Russia, where any new religions that want to open up, has to go through a rigorous approval process, and more times than not, has to have the approval of the Russian Orthodox church. If the patriarch of the Church does not agree, then that religion is not allowed to open up or operate without suffering serious consequences.

The medical that the Op mentions, did come from the Soviet era, as did the education as well.

And Russia is not the only country that has made achievements for its people. Cuba has a literacy rate of 97% for its population, and a medical service that is similar to Russia as well. And has developed a treatment for lung cancer, and has an emerging economy.

While yes Putin may have done some things for his people, the question is this: Is he doing it cause it is a novel approach, or a continuation of the policies that was there in the Soviet Union, while the communist were in control over the government?


Make no mistake Putin is playing a high stakes game, and he is using what he has learned pre and post Soviet Union fall to his advantage, something that a KGB agent would have learned and now is using.

Russia has a 2 part parliament like the US does. President gets 6 years terms rather than 4 years terms so Putin's term only expires next year when he goes up for re election.

Given the whirlpool of wackiness still swirling about 2016's US presidential, I anticipate considerable drama in Moscow come 2018.

Russia is no more dictatorship than Germany. How long has Merkel been chancellor? Longer than Putin has been president!

posted on Jul, 10 2017 @ 06:57 AM
link
The problem with Germany and Russian, is that they are older than Old Mother Hubbard, have been through several governments. But, they still seem to embrace king/dictatorship type of rule instead of parliament and legislation. Like the Russians changing their constitution for Putin to be president longer. I can see why such a type of government would benefit the Trumps.

It is not surprizing that Putin's approval ratings are so high : 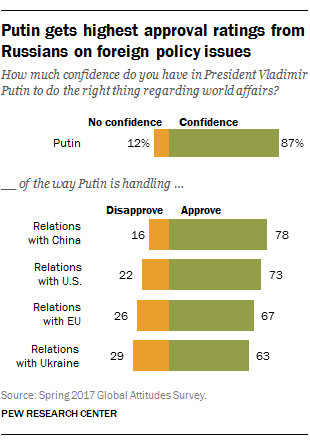 originally posted by: Xcalibur254
So we're just going to ignore the rampant corruption and crumbling economy? 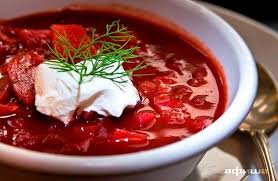 ...to be the new "official" national DISH of the USA.

APPLE is worth more than RUSSIA's entire economy.

Hardly anyone in Russia demands gay rights for it to be an issue in Russia and considered by Russia's supreme court.

Russian women are still very feminine, even in this modern age. So, men are attracted to them. Hence, less gay and lesbian activity over there in Russia. In the west, it's hard to tell the difference between a man and a woman. Western women dress, speak, and act like men. So, western men have turned to other men for affection, unable to distinguish between the sexes. This all began with the "feminist" movement in the west, which was nothing more than masculating the female, in order to reduce the sex discrimination that caused income inequalities. That "push" for "equality" has removed the differences between the sexes that formed a major part of the heterosexual attractions, and confused the signals and protocols used to find and attract a mate. So, even though there were always a few gays and lesbians in the world, the phenomenon of same sex couples has literally exploded in the west.

In time, the same will happen in Russia too, as they adopt the western practices and life style.

I could probably find a more ignorant post on ATS. It would be hard but I'm pretty sure I could do it.

It's a dictatorship, There is no Freedom like we have here in the US, you can be arrested for protesting and speaking out about the Government, They can lock you away in a Gulog for the rest of your life with no legal proceedings just because they feel like it, Even today there are shortages, You think the NSA is bad, and they are, but the russian Government spys on and controls every aspect of your life, corruption is rampant.

It's probably better than North Korea though! LOL

Since when did so many Americans fall in love with communism? Reagan would be turning over in his grave at this thread. So would our founding fathers, JFK, MLK, Lincoln, Eisenhaur and every other president most of us hold in high regard.