Trump Wants to Form a Cyber Security Unit With Russia. Some Members of His Party Don't Agree

I really thought the Obama and Hillary tag team of idiocy was going to spark a proxy war in a far away land that we got to send more young people to fight. Perhaps with less of a reason than the last 3 "wars".

posted on Jul, 9 2017 @ 06:39 PM
link
I think President Trump might be a generation or two ahead of himself with this proposal.

Prior to WW1 some individual (sorry no reference, I read it in a book by Barbara Tuchman, I think) suggested that the dangerous arms race then going on might be stopped if the various powers agreed to limit military spending to defense.

On the face of it, it sounds like a good idea. Further examination reveals problems with implementation, verification, dual use items, etc., but the proposal didn't get that far anyway and wasn't seriously considered. The obvious problem with it is that such an "honor system" assumes the involvement of people of goodwill, but wars are started by people of ill will. Removing people of ill will from the political scene would be a necessary and impossible preliminary to any such "declared" limitation of military spending.

The same considerations would apply to cooperation in sensitive cyber security areas. Unfortunately President Trump continues to reveal himself as something of a naif about things like this and Vladimir Putin is about as far removed from naive as one could be on security issues.

The idea that the United States should seek cyber security through cooperation with an erstwhile antagonist like Russia is alarming. Maybe in another couple of generations after a track record of sincere cooperation on a broad range of issues has been established, but certainly not before.

And I agree, there would have to be some serious fence mending.

B) Influences countless and numerous foreign elections themselves

The hypocrisy and fake outrage is getting tiring.

posted on Jul, 9 2017 @ 06:48 PM
link
There are more communists in America and American government today than in Russia. Maybe we are the ones we should be most worried about.

My 2 cents. Working together is better than blowing up the entire planet. Its really unbelievable just how loathesome our national government is on almost everything. If it wete a novel, people would be like, thats just not believable. You cant have 98% corruption. But ya...

Its also unbelievable how so many americans consume this new red scare hoax like its an all you can eat buffet in a wal mart parking lot.
edit on 9-7-2017 by pirhanna because: (no reason given)

originally posted by: ipsedixit
a reply to: seasonal

All they do is leak to the MSM, illegally.

I'll say one thing for him, at least he tweeted this stupid notion, thereby assuring a swift and honest reaction from far and wide. It indicates, however, a very feeble ability to operate politically on matters of policy. Personally, I don't think he has the ability to negotiate the political terrain 100 feet from the Oval Office, hence all the tweeting.
edit on 9-7-2017 by ipsedixit because: (no reason given)

originally posted by: ipsedixit
a reply to: MysticPearl

No it's not. Your rhetoric is simply proof you don't like the guy.

I guess we will have to see.

Do you think that Obama was handling the Russian relations OK?

Trump, as notable and good of an idea to form this unit, however, with Russia is not a good idea, as this can and will come back to harm the USA in the long run.

Trump has ignored everything about this and is only believing what people tell him, even if it is a lie.

Now think on this for a moment: Vladimir Putin, was a member of the Soviet Union, an officer in the KGB, the Soviet Russian counterpart to the CIA. Since his taking of office, there have been a lot of questionable actions that are pointing back to him. Reporters either imprisoned or killed, political oppositions killed or imprisoned, with charges to disqualify them from every holding public office, protestors arrested and imprisoned to shut them up.

And ever since the start of the investigation behind the allegations of interference in the US election, it seems as though all of those from Russia who are suspected in such, have either returned to Russia, been imprisoned in Russia or have ended up dead in some circumstance, both in Russia and in different countries, as if to hide or stop the trail that could implicate Putin.

Now with a person like that in charge of Russia, would it be wise to go for a joint venture, in say cyber security, where they would have access to some key systems, how much damage could be done by either side to the other?

If anything, this makes Trump look like he knew and is actively colluding with the Russians in far more than him getting elected into office. And would the response had been any different if he were to say get into such an agreement with say the Chinese?

Obama did one good thing related to Russia and that was to back off on a bombing campaign in Syria in 2013, but it would seem that he dropped the ball disastrously in the way that Russian election interference was handled. It is hard to say what the reasons for his failure were, and the failure occurred pre-Comey.

With Comey the spectre of intelligence agency meddling looms as large as Russian meddling. We don't know the full extent of this. We don't know what was going on with the NSA and why they were not able to act boldly to circumvent Russian efforts in advance of the email leaks.

There are a lot of questions begging answers.

Overall, Obama followed the trend line of American foreign policy as it has been implemented for some time, certainly at least since 9/11. There is an agenda and it was outlined by Brzezinski in The Grand Chessboard. Both Obama and Clinton were pursuing that agenda. Clinton would have continued, except that she lost an election where she outpolled her opponent by almost 3 million votes.

Trump's victory was something of a fluke. Did a little "body English" on the part of the Russians and Julian Assange help that fluke to occur. I think very probably it did.

Obama was executing plays called from the CFR and oligarchically funded think tanks. He did a very good job. His administration was very slick in how they went about their foreign policy business.

Trump is a loose cannon opportunist who took advantage of disarray in the Republican Party. He doesn't seem to want to follow the foreign policy play book as has been done by Bush Jr. and Obama. That is certainly a relief to Russia and to many people in the US, but not all.
edit on 9-7-2017 by ipsedixit because: (no reason given)

What does this have to do with anything?


except that she lost an election where she outpolled her opponent by almost 3 million votes.

It's a very important statistic. It indicates that Americans trusted Trump less than they did "Crooked" Hillary Clinton. Don't you think that's important? It might help explain the demonstrations after Trump was elected and some of the negative press that is directed at him.
edit on 9-7-2017 by ipsedixit because: (no reason given) 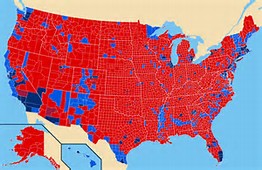 Trump won the Electoral College votes that gave him the presidency. Jill Stein's Green Party in Wisconsin, Pennsylvania and Minnesota, I believe, allowed Trump to take those EC votes by a margin over Clinton that was less than the votes the Greens got. Those Green voters would have voted for Clinton, if the Green Party had not been present, and she wouuld have been President, as was widely predicted.

Trump won according to the election rules. However, his victory was so narrow in those three states that the issue of interference from Russia or from the FBI or from the NSA is not just a flight of fancy.

Maybe. I think I did recover my equilibrium though. 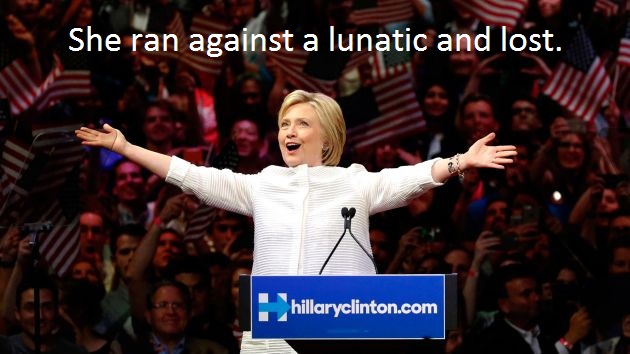 Did Hillary ever regain her equilibrium ?