The Sad Tale of Chewy the Chihuahua and his Abused Owner

Chewy the Chihuahua was discovered in a bag at Las Vegas airport with a note from his owner telling as to why he was discovered there , it seems his owner was in an abusive relationship and when her partner kicked Chewy in the head she decided it was time to leave , it seems she went to the airport but couldn't afford to take Chewy on the flight with her so she was forced to leave him in the bag at the ladies toilets along with this note explaining the situation. 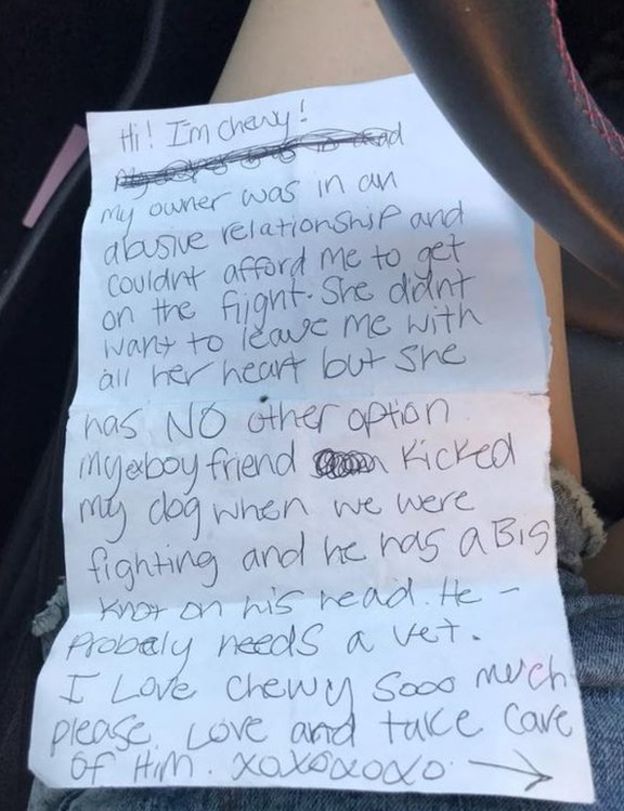 Happily Chew is fine and his story has caught the attention of the internet and raised awareness of the rescue charity which is now helping him , I hope his owner is in a place of safety and the story will will end with the two being reunited , there's always a happy ending .... right ? 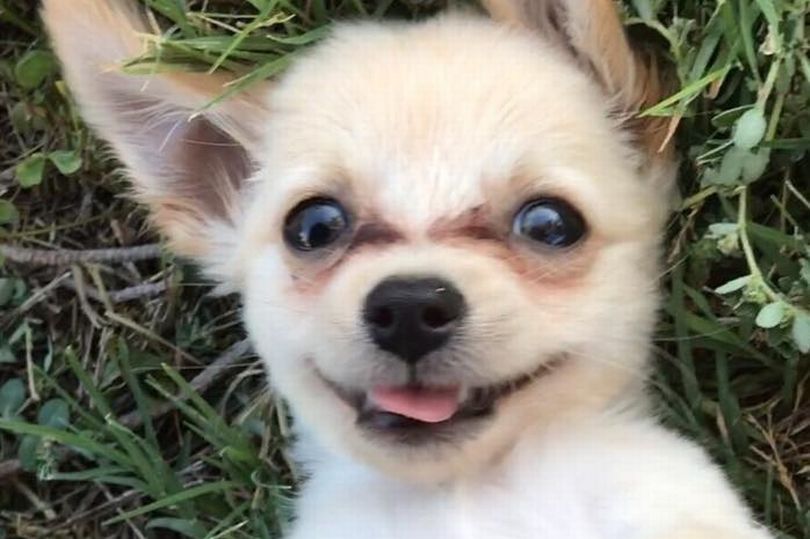 An employee at the airport brought Chewy to the Connor and Millie's Dog Rescue, a local shelter where he is now being looked after. "We took him to the emergency vet and got him checked out immediately", Darlene Blair, of Connor & Millie's Dog Rescue, told the BBC. "He did have a bump on his head but in 24 hours it was gone. He is fine and healthy and is being well taken care of."

Darlene said the shelter had not been contacted by Chewy's owner. "We've had a lot of messages demanding we try to find her. The airport has been bombarded by people saying they need to find this woman.

"Chewy is going to be fine and this poor woman is out there somewhere and we don't want to draw her out. We are hoping with all our hearts that she has seen this and knows Chewy is safe and we hope she is safe.
www.bbc.co.uk...

The story made me both sad and angry , sad for the plight of Chewy's owner and angry that I cant wrap my hands around the neck of the scumbag that both abused her and attacked a puppy.

The shelter have said are not adopting Chewy out yet as he is still receiving some medical attention but I think they too are hoping to reunite the two.

I understand Tiny, we don't know all the circumstances. Hopefully she isn't morally poor and did this out of necessity.

I think that's the case , she discovered she couldn't take Chewy at the airport I don't think anybody in her situation would then start looking for animal shelters , I believe she did what she thought was right.

Dogs have got to be the most precious species on the planet, moreso than humans. What a cute doggy Chewy is. I miss my dog.

Hopefully Chewy and his owner will be reunited.

I'm relieved he was found, there is NO excuse for animal cruelty. We don't know the circumstances of the owner but I agree with others that perhaps she could have found a designated shelter or alternative to leaving Chewy in the airport bathroom with a note. Just glad buddy-boy is safe...

She was in an abusive violent relationship , and was trying to get out , she couldn't afford the extra fees for the pup


Is this excerpt from the article true for the UK?

Glad both are OK now.

No , it's a crime to physically or emotionally abuse your partner in the UK and an offender can face prison dependent on the case.
I'm surprised that's no the case in the US.
edit on 7-7-2017 by gortex because: (no reason given)

Thanks. It's true that it happened in Las Vegas. I got messed up because it was a BBC article... Silly me.

originally posted by: TinySickTears
a reply to: gortex

If you are in an abusive relationship, it's an act of monumental courage sometimes just to decide to leave and then go. It's not always rational or planned out. She likely just suddenly had the courage to leave after seeing the dog kicked and left with him without really putting thought into it. It's an emotional thing instead of rational.

Under the circumstances, she probably did the best she could for him.

What we should really be hoping is that she eventually ran to somewhere where she could get help for herself instead of giving up and going back to the situation she was in.