posted on Jul, 7 2017 @ 08:17 AM
link
I listened to a Radiolab episode lately that informed me of the most terrifying tidbit I have heard in quite awhile.


It followed the story of a young military serviceman who was in training to be one of the soldiers who actually pushs the real button to launch nuclear weapons..

Well he had what should have been considered a very reasonable question..

"Say the president is in some way compromised, such as Alzheimer's or some kind of psychotic break, what is keeping him from launching americas nuclear arsenal???"

Well he was basically drummed out of the army when he refused to retract his question..

From there Radio lab went and interviewed a previous Secretary of State to ask him that question and his answer was horrifying..

There is absolutely no check and balance between the president and launching nuclear weapons..

By design when the president decides to launch he doesn't call the Secretary of State or some bigwig general who might have the authority or influence to stop or slow the process, assuming there is no reason to launch.

By design the call goes straight to some staff Sargent type who BY DESIGN would never think he had the right or ability to contermand the presidents order..

So for better example... if a president Nixon On the eve of stepping down due to the watergate scandal decided to take the whole world diwn with him and rolls over and grabs his little red telephone. That call goes to a low level service member who will instantly launch no questions asked... Even in the situation where any reasonable person would think he was crazy...

There is no one in the chain of command who could stop the process.

And we regularly pick 70+ year old people for the job of president!

Imho that should be terrifying to EVERYONE..

The fate of the human race is literally in the hands of one person, with absolutely no one making sure he doesn't have some kind of weird metal break or condition..

Is the threat that we would not be able to retaliate and take the whole world down with us so great, that we should put all that unrestricted power in the hands of one human being??

When I ran across this tidbit I thought it was something everyone should know..

Let me let you in on a little secret...

Trump's not calling the shots, he's just part of the show. Grab some pop-corn and enjoy from the sidelines or continue allowing yourself to be duped by the theatrics we call modern day politics.

I'd offer some solutions but IMO there's not much we can do about it.

We were screwed way before I was even born.

When it comes to this he absolutely is...

And forget about trump specifically that is why I made no mention of him. This is horrifying no matter who is in office.. because even if you love the current president.. what about the next one??

Funny how now it's an issue, but no one had a problem with it before.

The President is Commander in Chief of the US armed forces. Of course he has final say over when to launch nukes.

Would you rather have some unelected beaurocrat making that decision?
edit on 7-7-2017 by watchitburn because: (no reason given)

Nicely said. The further apart we all are the less likely we are ever going to take "it" back.

Separate we are easily controlled and manipulated, together we are unstoppable.

butcherguy
+9 more
posted on Jul, 7 2017 @ 08:27 AM
link
a reply to: JoshuaCox
Imagine how terrifying it would be to think of the fact that we did have a President that was suffering from Alzheimer's while in office..... during a Cold War with the Soviet Union.

Even more terrifying... Imagine an old witch that cackled after saying 'we came, we saw, he died' with her finger on the nuclear button, she would probably call it a 'reset button'.

So for example... if a sitting president has a nightmare where russia just launched, and rolls over and grabs his little red telephone. That call goes to a low level service member who will instantly launch no questions asked...


Worry about the intentional waging of war by war minded people. That s ongoing, they are killing millions.

The dream war is scary but its just a dream. According to warmongers, there are 'safeguards' built into the systems, preventing the accidental outbreak of total annihilation.

They play 'limited' war dancing on the brink, hoping to wax wealthy and powerful from ongoing destruction and chaos, without going over the brink.

But ask yourself if the losing side had nukes, would they use them?

No there are not..

Maybe it is two staff sargents working the whatever.. maybe there are 4..

But period BY DESIGN.. specifically so no one with anywhere near the authority to countermand the order , is in the chain of command.

They specifically have it set up that way to stop anyone from interfering.

Make the choice exclusively binary, either you accept this situation, or you wanted a worse one all along?

But it does not work, does it? Because the concerns raised in this thread (for all that I was pretty sure everyone knew this already) are entirely legitimate, no matter who the President is. The main reason you only hear concerns about this now, is because the current President is the most mentally unstable, impulsive person who has held the office since Nixon.

But the truth is that it has been a concern of mine since I learned what a nuclear weapon was, and how they are controlled, who give the order to fire and under what circumstances.

I would absolutely rather whoever have more than one person involved ABSOLUTELY..

Just the president calling the Secretary of State or really any other bigwig who could intervene in the case of a mental break type event could literally save humanity..

I can't see how you think it is a good idea to repeatedly give an elderly person this ability..

PS all presidents are buearicrats..by definition.

So really the buearicrats have been better than the professionals (military) on this specific issue.

originally posted by: Ohanka
You need more than one guy to launch the missile. There are fail safes in place for this sort of thing.

Very real possibility of scenario posed in 'Dr. Strangelove' aside, I had two friends that went bonkers in nukes, one served in Minuteman Silos, the other in Boomers.

One wound up in a strait jacket the other was dishonorably discharged, both became addicted to heavy drugs, one died in an overdose, don't know about the 'minuteman'.

My dad had a career in nukes for Lockheed, the most narcissistic persons are the ones qualified, lacking conscience is a prerequisite.

originally posted by: JoshuaCox
So for example... if a sitting president has a nightmare where russia just launched, and rolls over and grabs his little red telephone.

It's a tan telephone.

There were other times when we were on the brink, but fortunately cooler heads farther down the chain of command prevailed.

You and almost everyone you know owe your life to this man.
edit on 7-7-2017 by Junkheap because: (no reason given) 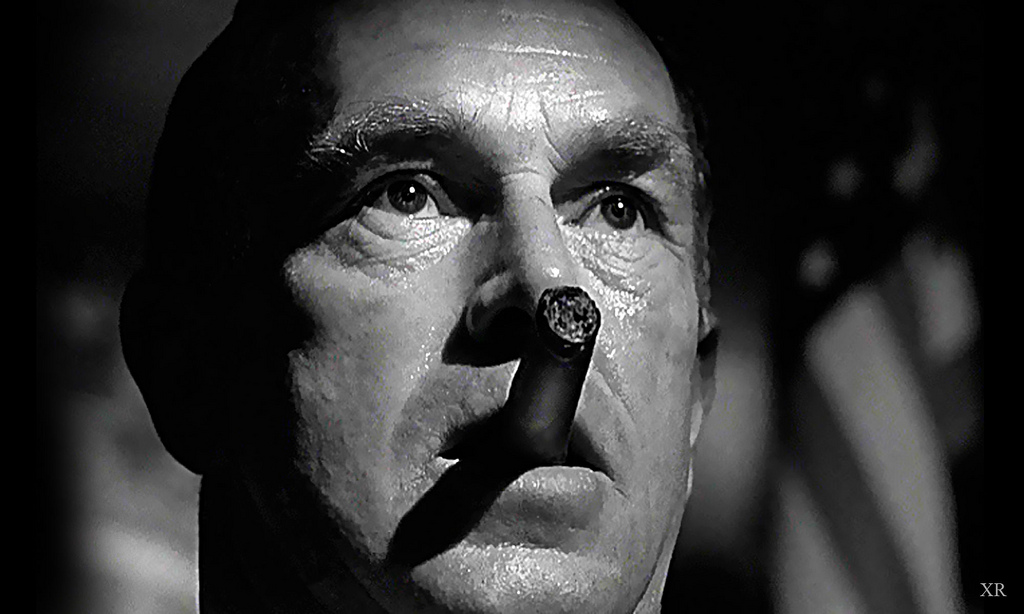 Never mind my entire point has been invalidated .. I apologize..

I just edited the example to be way scarier lol..

Now it is if Nixon decided to launch on the eve of stepping down over watergate.. that call goes to a low level type who will instantly launch.

It's slightly more complicated and there is an opportunity for the staff to stop the president if he clearly is nuts, insane, paranoia or simply had a bad day and decides to take it out on poor Kim. So, it ain't as bleak as you made it, but yes, it is quite risky. Linky

I don't even think it would take a madman necessarily..

Your a dictator on the verge of being ousted you have 2 choices..

1) go quietly and allow humanity to continue even though you will 99% chance be beaten to death in the streets.

The first time a nuclear power elects a hitler, then that hitler is on the verge of being ousted.. best case scenario it's back to the Stone Age for us.


I'm not AS worried about the normal types of wars.. usually it's about profitability to some one. So atleast the species survives..

But this example here of a president just going crazy and launching , with the present lack of a check is just as likely..

Not according to (I think it was clintons) a Secretary of State..

About to read the link.

Oh and I'm pretty sure it was an old radio lab episode from when obama was in office.. I just personally discovered the podcast about a month ago and ran across this episode.

It is an issue no matter who is in official be.

The fact ANY president can end the species and there is literally no one to make sure he is not being insanely unreasobable is terrifying.

posted on Jul, 7 2017 @ 08:55 AM
link
The President needs the Secretary of Defense's concurrence to launch.

While he can fire the Secretary of Defense on the spot and reappoint another this would open the President up for removal by the Vice President (and others) on grounds of unfit to serve under the Constitutional succession hierarchy in Section 4 of the 25th Amendment.